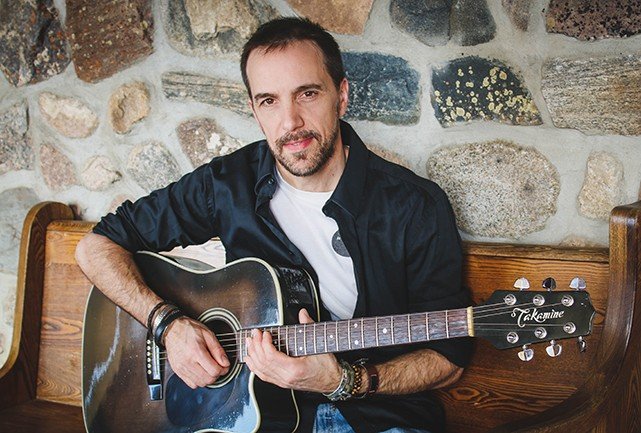 A multi-releasing and acclaimed singer/songwriter, this is Ehman’s (pronounced ēmn, with a hard ‘e’) first official cover offering, and lands a month after his not one, but two 2021 Saskatchewan Country Music Award nominations were announced: Male Artist of the Year, and Songwriter of the Year.

“‘Hungry Heart’ has been one of my favourite Springsteen songs, right from its original release in 1980, even before I knew it was The Boss singing it,” Ehman shares. “It’s such a classic. It’s simple, yet complex… Happy, yet sad at the same time… Thoughtful, yet spontaneous.

“I think we can all relate to that after 2020,” Ehman adds, “and who doesn’t need more heart in these socially distant days?! When I would play it live, it always got the crowd going and having fun, and we could all use more of that right now.

“This is a song to fall in love with all over again.”

Born and raised in Saskatchewan, Ehman is deeply entrenched in his rural roots — both musically, and otherwise. He and his family live on their fifth-generation farm and, while a degenerative eye condition called Retinitis Pigmentosa reduced his day-to-day activities on the farm, it hasn’t precluded him from writing songs and performing live.

With six studio albums to his credit — including 2019’s Day Night — Ehman has had multiple Top 100 charting songs, radio placements, and media features nationwide. He’s received # Saskatchewan Country Music Award nominations — including this year’s SCMA nods for Songwriter of the Year and Male Artist of the Year — and shared the stage with the likes of his band, Idle Rains, Midnight Highway, Doc Walker, Michelle Wright, and more.