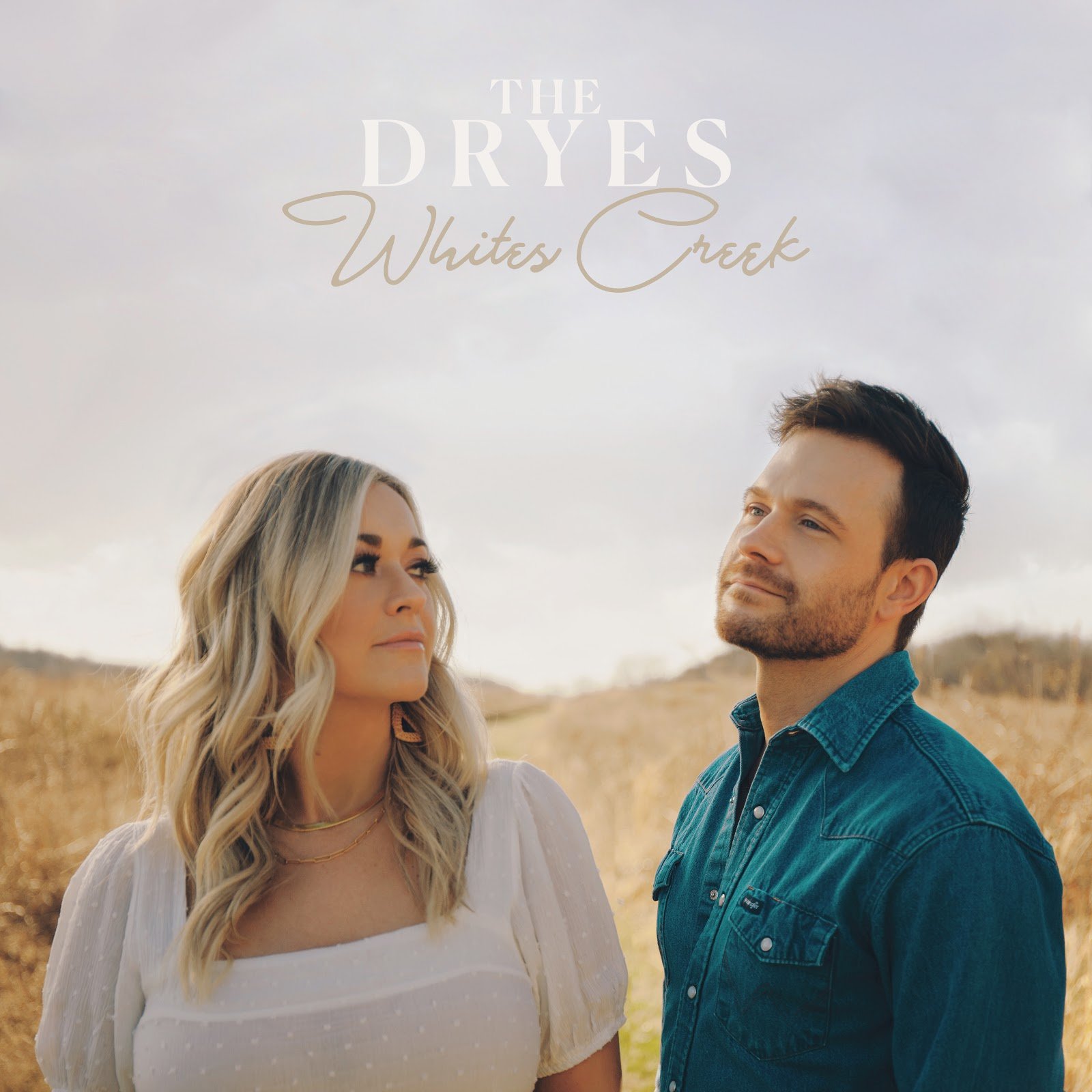 Above: cover art for “Whites Creek”
NASHVILLE, TN (April 5, 2021) — Nashville-based husband-wife country duo The Dryes will release their latest offering, “Whites Creek,” on Friday, April 30. The song, penned by Derek and Katelyn Drye with Sarah Reeves, outlines how they were finding peace in 2020. Little did The Dryes know, they were manifesting a 2021 event.
“Whites Creek is just outside of Nashville and we fell in love with the area in 2020,” says Katelyn Drye. “Some of us find peace in plenty of ways. ‘Some feel you in a whiskey bottle, some read you in a dusty bible.’ But it was a simple observation that all we needed was a ‘little house, lover’s arms, down in Whites Creek.’ Written a year ago and fast forward to now, we actually bought our first house here in Whites Creek right as we’re releasing this song!”
The new single follows the duo’s previous, “YES,” which had American Songwriter noting how the song “showcases the power of loving someone.”
Prior, Billboard chimed in about their single, “Take You Dancin,’” raving: “The Dryes kick things up a notch in its infectious new single…the feel-good tune has Derek and Katelyn Drye sharing harmonies on the foot- stomping number.” Watch the music video for “Take You Dancin’” here.
The country duo have continued their fast-paced growth following a powerful launch that caught praise from The Boot and Cowboys & Indians. Jon Freeman of Rolling Stone Country raved about their debut single saying: “Husband-wife duo the Dryes sing their origin story in the slinky ‘Amen,’ mingling potent sexuality with the salvation of love. ‘I met him singing in the church choir, lit up my heart like that holy fire,’ sings Katelyn Drye over a scuzzy guitar riff that recalls Norman Greenbaum’s classic ‘Spirit in the Sky’ and a strutting beat that could make the most conservative church lady clutch her pearls. Husband Derek adds harmonies in the chorus breakdown, a down-low gospel chant that asks the rhetorical question: ‘Can I get an amen?’ With a groove this tough, absolutely.”
The couples 2018 single, “War,” written based upon Derek Dryes’ personal dealings with his mother’s suicide when he was a baby sparked an incredibly touching and sincere music video which was spotlighted by CMT. The song catapulted on Spotify and respective official playlists and now logging over four million streams.