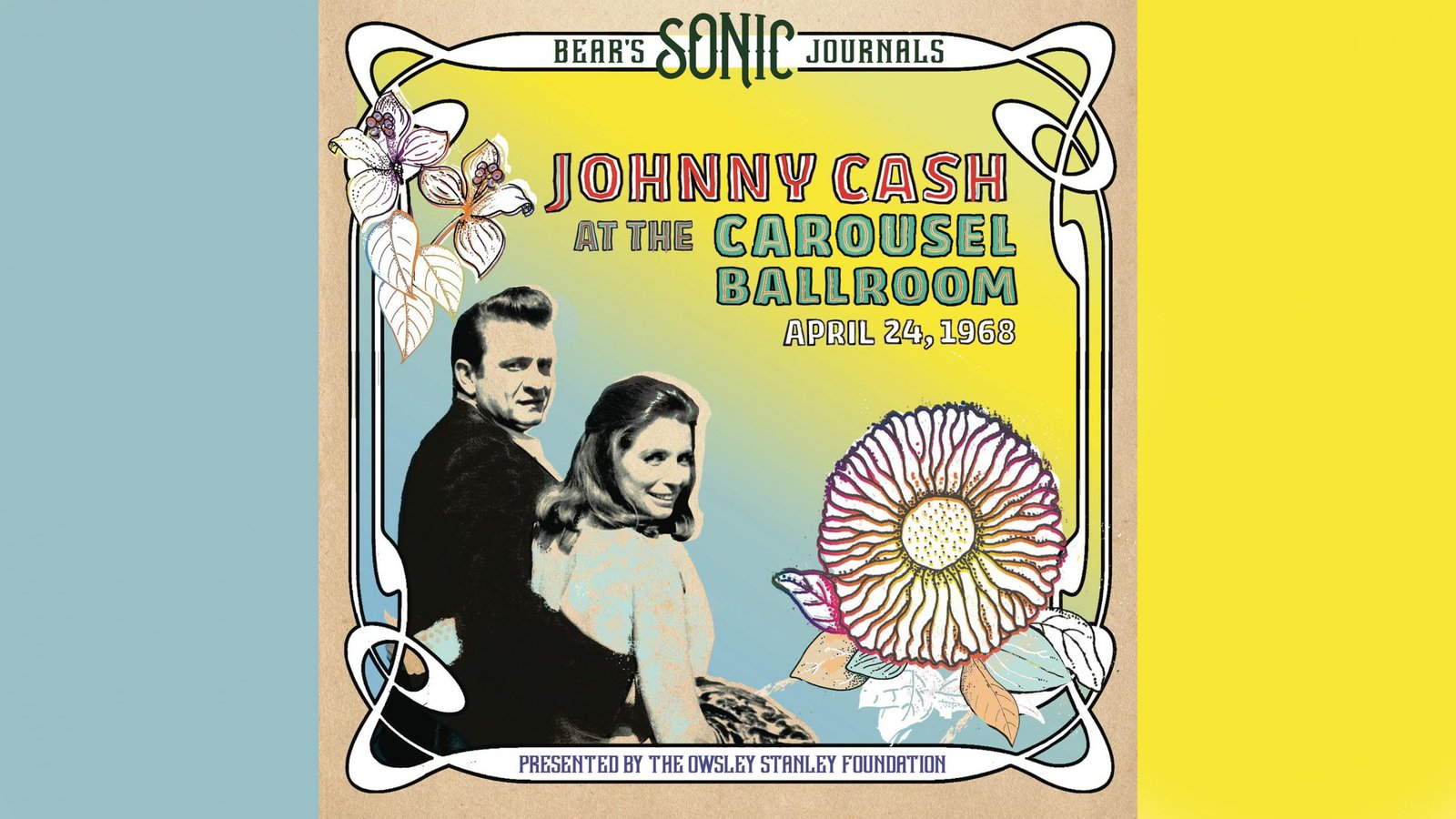 LONDON, UK. – (29th October, 2021) – A historic and never-before-heard 1968 Johnny Cash live album, recorded by the sonic and counterculture pioneer Owsley “Bear” Stanley, has been released for the first time today. Recorded at San Francisco’s Carousel Ballroom in April of that year, just days before the release of Cash’s legend-making At Folsom Prison album (and over six months before the arrival of the equally revered At San Quentin), At The Carousel Ballroom serves as a third essential – and wholly unique – live document from the era. Available now as ‘Bear’s Sonic Journals: Johnny Cash, At The Carousel Ballroom, April 24 1968,’ this unprecedented moment of cultural collision has been met with praise across musical worlds:

“Stanley gives it a character unique from Folsom and San Quentin…the album creates a sensation of the listener being placed at center stage.” – Rolling Stone

“The legendary acid and audio wizard, Augustus Owsley Stanley, AKA the Bear, the man responsible for the Grateful Dead’s wall of sound, recorded the concert so it’s no surprise really that it sounds quite exemplary, eclipsing the live albums released at the time.” – Americana UK

“There are plenty of Johnny Cash live recordings available but not many, if any, from this period. It captures Cash in a transitory stretch – not yet lauded as the spokesperson for the downtrodden and a progenitor of the “outlaw” sound, but rather a talented country musician plying his trade on the road.” – Holler

At The Carousel Ballroom is out now on all digital platforms via Legacy Recordings, the catalog division of Sony Music Entertainment. It is also available on CD from Renew Records/BMG with new essays by Johnny and June Carter Cash’s son John Carter Cash, Starfinder Stanley, The Grateful Dead’s Bob Weir, and Widespread Panic’s Dave Schools, as well as new art by Susan Archie, and a reproduction of the original Carousel Ballroom concert poster by Steve Catron. The release will also be coming to LP later in 2021. In addition, At The Carousel Ballroom  marks the latest entry in the Owsley Stanley Foundation’s ‘Bear’s Sonic Journals’ series, which has previously included Stanley’s live recordings of The Allman Brothers Band, Tim Buckley, Commander Cody and His Lost Planet Airmen Doc & Merle Watson and many more.