LILY ROSE DROPS THREE EXTRA TRACKS ON STRONGER THAN I AM 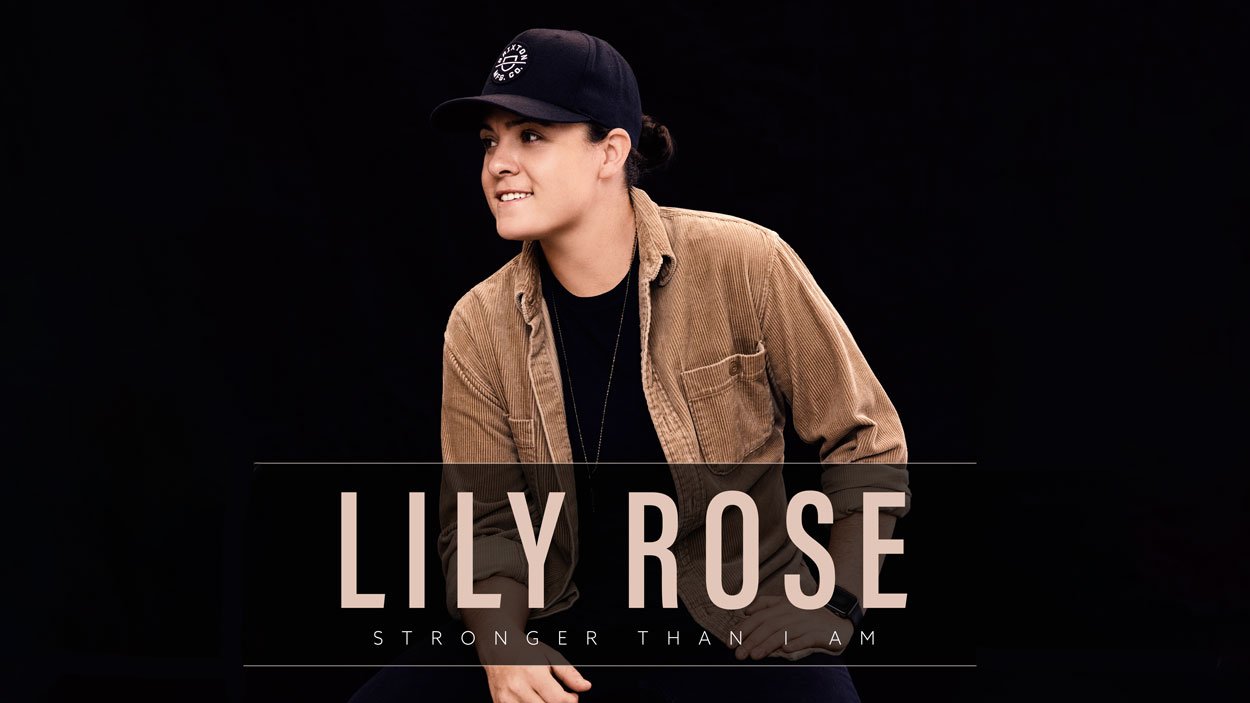 LILY ROSE DROPS THREE EXTRA TRACKS ON STRONGER THAN I AM

THE NEW LYRIC VIDEO FOR “SOMEONE NEW IN TOWN” OUT NOW

NASHVILLE, TENN. – (October 29, 2021) – Groundbreaking new artist Lily Rose releases three additional tracks to her critically-acclaimed introductory project Stronger Than I Am, available everywhere now. The new songs, delivered due to massive fan demand, include “Someone New In Town,” “Every Last One,” and “I’d Be Lying” — expanding her first release to a ten-song collection. An all-new lyric video for “Someone New In Town,” also drops today (29/10).
“These three songs are some of my favorite that I’ve ever been a part of. Personally, ‘Someone New In Town’ and ‘Every Last One’ are my favorite on the entire project! I’ve got a good feeling that the fans are going to love these extra songs,” shares Rose.
EXTRA TRACKS AVAILABLE NOW:
1. “Someone New In Town” (Rocky Block, John Byron, Jordan Gray) +
2. “Every Last One” (Jordan Minton, Griffen Palmer, Mark Trussell) **
3. “I’d Be Lying” (Lily Rose, Matt Dragstrem, Jordan Minton) +
+ Produced by Joey Moi
** produced by Joey Moi, co-produced by Jacob Durrett
The extra tracks come just days after the “rising Country star” (PEOPLE) announced her engagement to now-fiancée Daira Eamon, exclusively with PEOPLE. Marking the first full-length project released via Big Loud Records / Back Blocks Music and Republic Records, the singer with “expansive soundscape” continues to resonate with fans through her “fervent authenticity” (American Songwriter). Powering each track on the aptly named project is “a potent blend of vulnerability and strength” showcasing her “distinctive, wise voice” (Billboard).
Fans can stream Stronger Than I Am here and see Rose live on stage when she hits Chris Lane’s Fill Them Boots Tour (USA) in 2022.
ABOUT LILY ROSE:
Words like “groundbreaking” and “trailblazing” are often overused. But for Big Loud Records / Back Blocks Music and Republic Records Country star Lily Rose, they may actually be an understatement. The modern expression of Country’s most treasured ideal – pure, unflinching honesty – her debut hit “Villain” has revealed Rose as a talent both 100-percent unique and utterly relatable, with a fresh perspective and forward-looking sound. A Georgia native whose inspirations range from Bruce Springsteen to Keith Urban and Katy Perry, Rose broke out in 2020 with the viral smash, “Villain.” Both vulnerable and defiant with a boundary pushing Country-meets-R&B sound, the track hit Number One on the iTunes all-genre chart and SiriusXM’s The Highway Hot 30 Weekend Countdown, leading to her new, ten-song project, Stronger Than I Am. With her focus firmly on integrity, Rose’s bold mix of personal lyricism and distinctive language meets the hooky sonics of a post-genre fanbase, as pure-Country confessions merge with Hip-Hop beats and R&B flow – plus representation where there was none before. All told, it gives new credence to her “groundbreaking” label.
WEBSITE | TWITTER | INSTAGRAM | YOUTUBE | TIKTOK