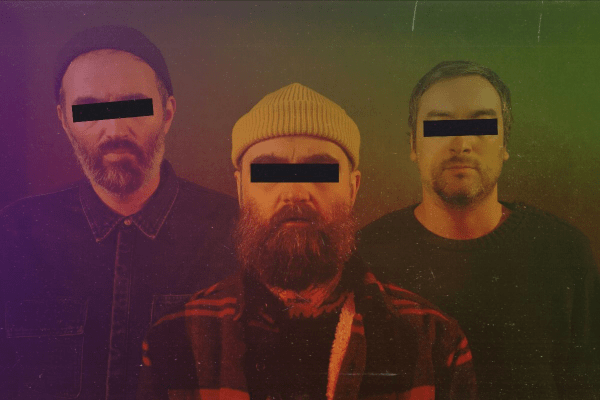 Since its creation, Nature Morte has proven it many times: the trio does not fear any musical border. Between black metal, shoegaze and post-rock, the group create a unique visual and sound climate. An atypical desire confirmed by “White Goat, Dark Hoof”  extract from Messe Basse , his new and second opus. An introspective temporal journey which, like the album from which it came, affirms the lofty ambitions of Nature Morte .

Messe Basse will be available on May 07, 2021 via Source Atone Records.

“ This clip is a video patchwork synthesizing the journey and the life of the members of the group: from their previous musical projects to Nature Morte, from the end of the 90’s to today. It is part of the continuity of the Messe Basse artwork which is frozen in the 70’s and 80’s. The deliberately anachronistic (and nostalgic) montage shows an anthology of the live, studio, before/after concerts and slices of life. Associated with the intoxicating sounds of the song, the video takes the viewer on an introspective temporal journey… ”( Nature Morte )

A worthy successor to NM1 (2018), and the first release from Source Atone Records, Messe Basse intends to further impose Nature Morte as one of the “rising values” of the blackgaze and post-black metal movements in France and beyond. Assertive atmospheres, largely digested influences, sought-after and tortured atmospheres: this new opus perfects the intoxicating sound texture of Nature Morte and confirms real alchemy between the group and its art.

Recorded, mixed and mastered by Edgar Chevallier at Lower Tones Place Studio (Demande a la poussiere, OPHE, Omrade, Dreadful Silence, etc.), Messe Basse is the most powerful and accomplished work of its creators to date. Seven hard-hitting titles freed from all barriers for nearly fifty minutes of sound during which the listener will walk from shadow to light (and vice versa) by different means, most often unexpected …