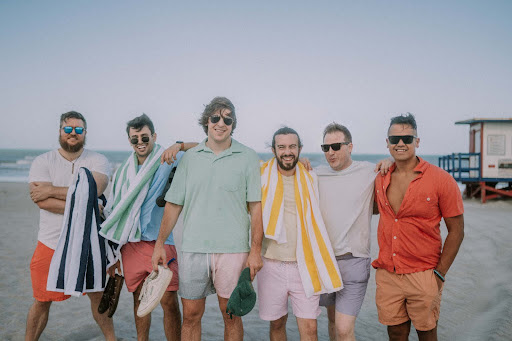 A sunny late-summer anthem that sees bittersweet melodies, jovial banjo licks and jangling percussion shimmer against romantic and reminiscent lyrics, “Just Another Song” is a sentimental slice of folk-pop worthy of big-room singalongs.

With happy-go-lucky instrumentals and a wistful sense of nostalgia, the song features on the six-piece’s brand new four-track release entitled the ‘Just Another’ EP (also out today). An extended release that sees the band revel in the thrill of living out their dreams, yet resilient in the face of heartbreak and the relentless upheaval that comes with the passage of time, The 502s explain:

“One of our favourite things in the world is to write and record music, so it is with absolute excitement that we announce a new little EP for you all. The songs are fun, nostalgic, reflective and singalong worthy, and we hope you love them. We’ve been blasting them in the van for the past three months, so we think you will.”

Combining the familiar folk-pop singalongs of The Lumineers with the swelling instrumental energy of Edward Sharpe & The Magnetic Zeros, The 502s have become renowned for their breezy bluegrass sound. Currently on a hot streak, expect much more from The 502s in the coming months. As the sextet tease:

“It’s also worth sharing that this EP is the start of a lot of new music from your boys. The last year has been crazy awesome… the virality of “Just A Little While”, the insane live shows, all the meet and greets, multiple international trips. We have been living, smiling and writing a lot… the next full length album is not far behind this new EP.”

Bringing their sunny melodies and riotous live energy to UK shores this Autumn, the band will be performing songs from the ‘Just Another’ EP at sold out gigs in Manchester and Glasgow, plus a headline appearance at London’s legendary Scala. Catch the band at these dates follows:

The 502s are a band of friends and family hailing from Florida. A sextet comprises cousins Ed and Jake Isola, who grew up across the street from one another (in house number 502!), and also features kindergarten friends Matt Tonner and Joe Capati, plus Sean Froehlich and Nick Melashenko who joined the gang when they all met at college together.

Cutting their teeth playing in various house bands at the Universal Studios theme park, The 502’s have since gone on to become viral TikTok sensations with their smash hit “Just A Little While”. With an infectious spirit of adventure, the song exploded in popularity on the social media platform last December and became the lead track from their album ‘Could It Get Better Than This’.

After firing up their TikTok account one day, the band were inundated with thousands of videos from college and high school students posting compilation videos of their time at school — all scored by the ebullient chorus of “Just A Little While”. Soon the trend caught on with users of all ages, locations and backgrounds, with the song appearing in everything from motivational videos to makeup tutorials to posts about globetrotting excursions.

Gaining a massive influx of new fans as a result, the trend pushed The 502s streaming numbers through the roof, landing them on Billboard’s Hot Rock and Alternative charts, as well as the #3 spot on Spotify’s Top Viral 50.

Although the band have soared into the spotlight overnight, they’re anything but a flash in the pan. The boys are no strangers to TikTok acclaim, following a prior viral moment back in 2020 with their song “Magdalene”. Last year’s album is their second full-length to date, and the band have already played multiple tours across North America and Europe. Hitting the road again this Autumn with new material to their name, the ‘Just Another’ EP is out now. 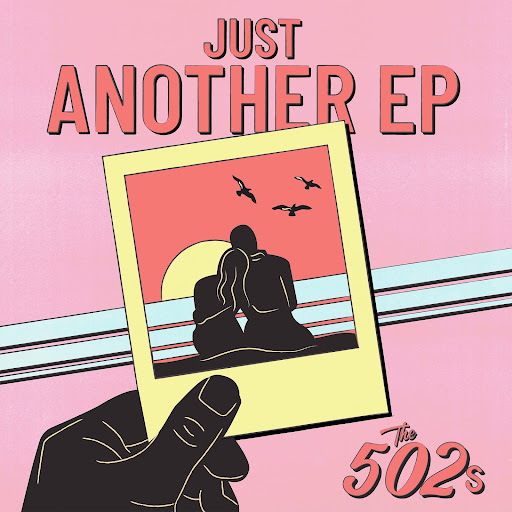 The 502s
NEW ‘JUST ANOTHER EP – OUT TODAY
LISTEN HERE