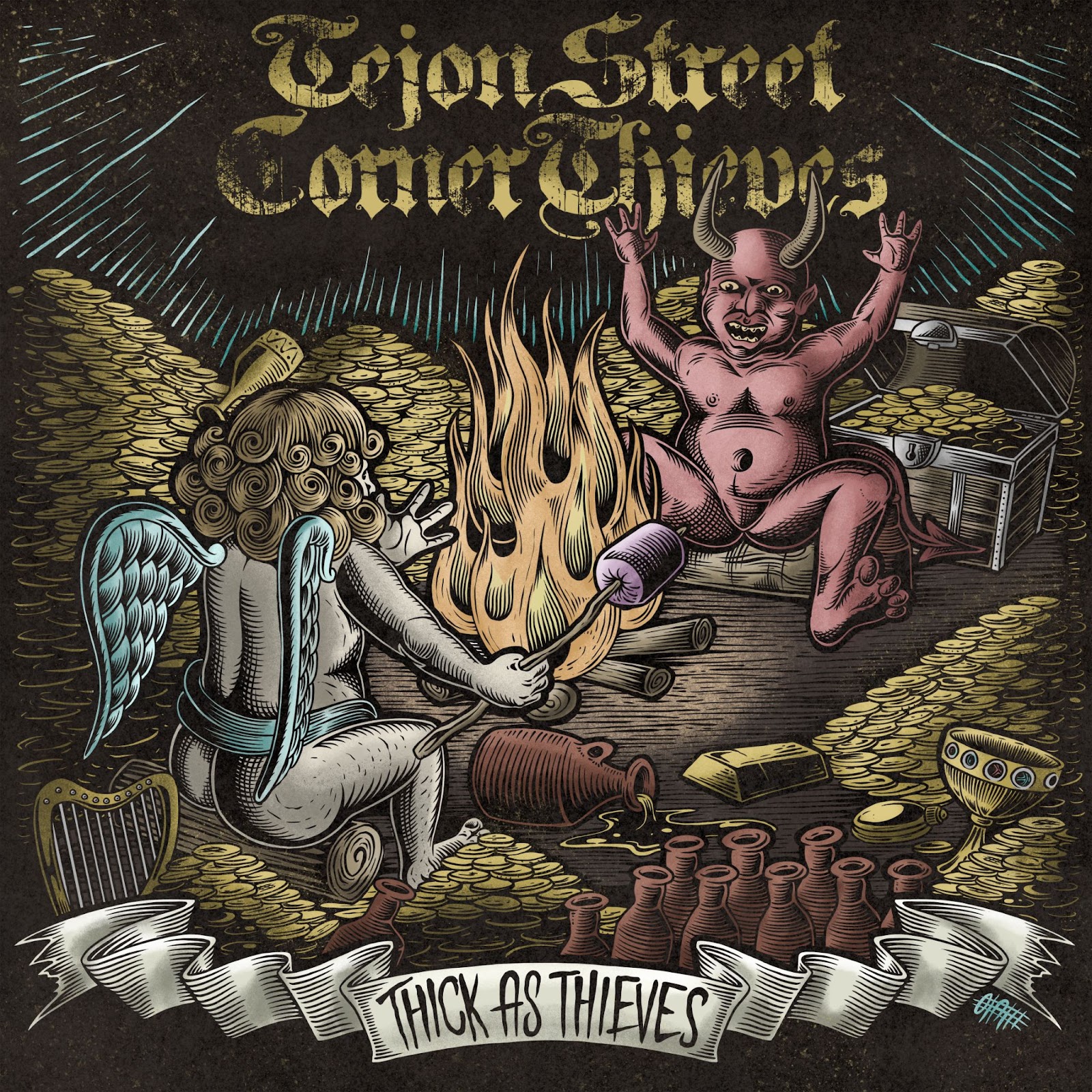 Colorado Springs-based outlaw alt-folk group Tejon Street Corner Thieves (TSCT) recently released their new album Thick As Thieves, and have now teamed up with members of Bridge City Sinners to record a version of “The Road” live in Portland, Oregon. The song sees TSCT, who are often the life of the party, getting introspective as they dance with their demons over a haunting fiddle melody.

Tejon Street Corner Thieves new album Thick As Thieves was recorded at Royal Recordings in Colorado Springs with producer Bill Douglas (Veruca Salt, Smashing Pumpkins) and put out via the new label formed by Amigo the Devil and indie powerhouse Regime Music Group. Thick As Thieves twists together a unique blend of Americana, folk, and bluegrass, defying categorization into one single genre.  There’s a newfound level of depth, complexity, and authenticity that elevates the record to a new sonic spectrum for the band.

TSCT enlisted Olafh Acevedo to illustrate the cover art: a holy angel and a fallen demon enjoying the riches of a heist.  To further accentuate the music, fans who purchase physical copies of the record will also receive an original TSCT comic book to accompany the album; a nail-biting tale of how TSCT escaped disaster after their bus broke down in the desert. 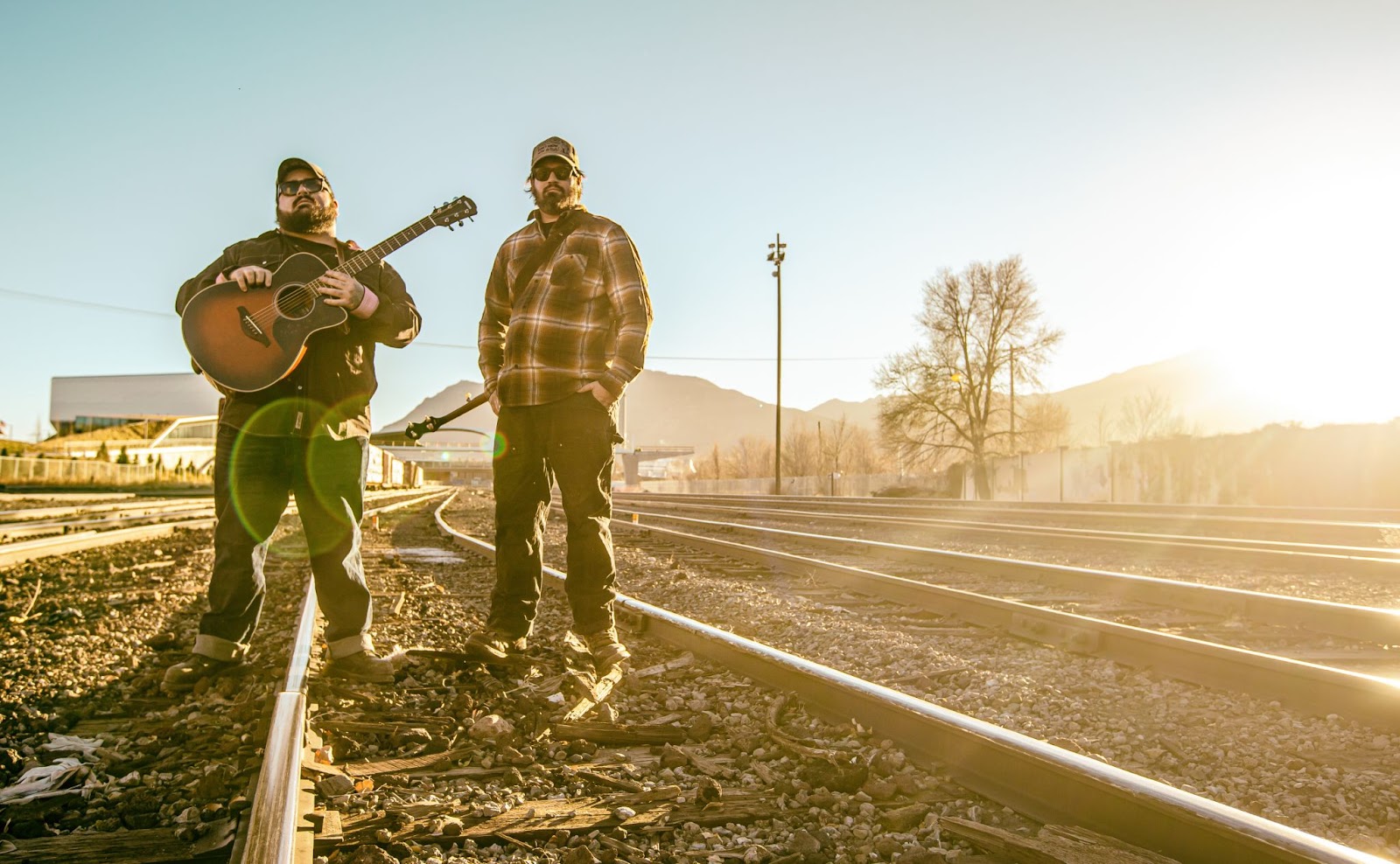 TSCT also recently released a music video for the whiskey-sippin’, toe-tapping, banjo-picking single “Whiskey”. This drinking anthem is a fan-favorite at shows, and complements the band’s rowdy and over-the-top hootenanny of a live show, but there’s more to it than meets the eye. Lyrically, the song touches on the struggles of homelessness, and the use of alcohol to cope with a black hole of emotional defeat.

TSCT kicks off their a string of headlining tour dates in support of Thick As Thieves, before joining The Dead South on tour starting in July.  The live show is not to be missed.

* with The Dead South

** with The Dead South and Lucero