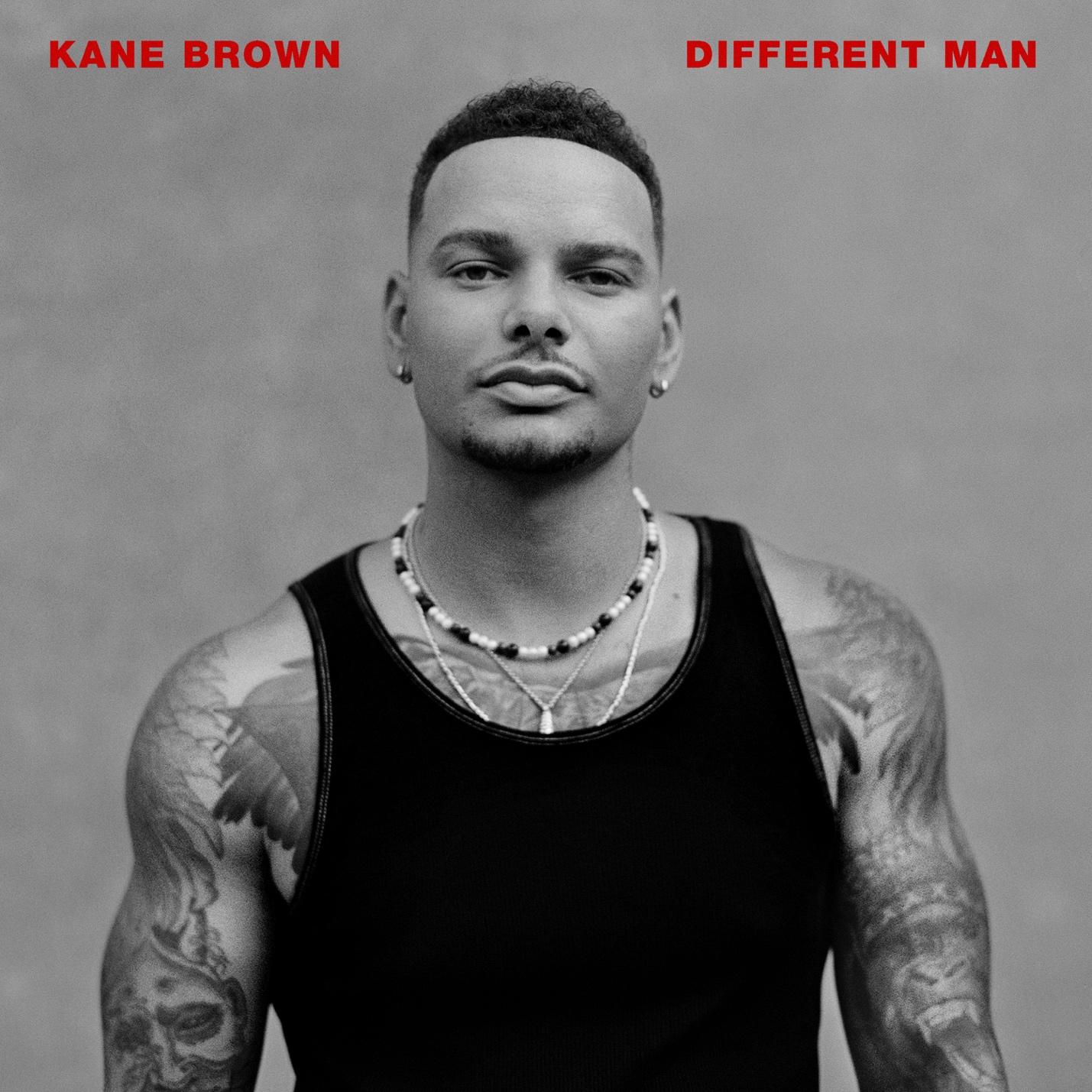 “…an artist who will assuredly have a lasting, even multi-decade career” -American Songwriter

NASHVILLE, Tenn., July 19th, 2022 – Global entertainer Kane Brown today announced his highly-anticipated third studio album, Different Man, is set to be released September 9th. The 5X AMA award-winning artist and Time100 honoree confirmed the news this morning, partnering with CMT to become the first artist ever to reveal his official album cover on Paramount’s Times Square Billboard. The fan-selected album cover for Different Man was one of two options Brown released to his fans earlier last week on his Instagram, asking for them to pick their favorite option.

The album will feature a total of seventeen songs, including his current Top-5-and climbing hit single “Like I Love Country Music,” his co-produced track, “Whiskey Sour,” his #1 hit, “One Mississippi,” “Leave You Alone,” and the new single, “Grand,” set to be released Friday, July 22nd. Additionally, the album will include twelve additional yet to be revealed songs. The May/June American Songwriter Cover artist recently spoke with the magazine about his upcoming project, as well as his rise to fame, family, and going back to his roots with this new chapter of music. Fans can pre-save the album, Different Man, starting Friday (7/22). To pre-save Brown’s new song, “Grand,” visit here.

Of the new project and Brown’s career to date, American Songwriter notes: “It’s this multifaceted foundation that has led him to be such a versatile artist, one capable of crooning like Garth Brooks and nimbly maneuvering on a track like a more conventional pop star…however, at the core of who he is and the driving force behind his inspiration and passion is his family, including his fans. For Brown, it’s a combination of a feeling he gives off to others and who he is at his core. Add those to the joy his music engenders to a diverse group of listeners, and you’ve got something.”

Brown’s third full-length studio album, Different Man, is the follow up to his #1 Billboard 200 Platinum-selling release, Experiment(2018), his 2X Platinum, 13-week-chart-topping self-titled debut album, Kane Brown (2016), and his ACM Award Album of the Year nominated EP, Mixtape Vol.1. Named “the future of country music” (Billboard), Brown became the first artist ever to lead all five of Billboard’s main country charts simultaneously with the release of his debut effort, which garnered 7X Platinum-certified hits “Heaven” and “What Ifs”-the fourth and seventh most-streamed country songs of all time (U.S. Nielsen Country On-Demand Streams chart). With the release of Experiment, Brown became the only male country artist in more than 24 years to have his sophomore album debut at the top the Billboard 200. The Platinum certified album yielded three consecutive No. 1 Multi-Platinum certified hits “Lose It,” “Good As You” and “Homesick.” Brown’s multi-song EP project Mixtape Vol. 1- earned Brown an ACM Award nomination for Album of the Year (2021) and an ACM win-his first- for “Video of the Year.”

The CMA, ACM, Billboard, AMA and People’s Choice Award nominee has earned seven #1 singles at Country radio and most recently topped the charts with #1 hit, “One Mississippi.” Also known for his collaborations, Brown has worked with artists including Grammy and Academy Award winning singer-songwriter H.E.R. (“Blessed & Free,”) DJ Marshmello (2X Platinum “One Thing Right”), Khalid and Swae Lee (Platinum “Be Like That”), “blackbear (“Memory”), Nelly (Platinum “Cool Again”), John Legend (“Last Time I Say Sorry”), Camila Cabello (“Never Be The Same” remix), Brooks & Dunn (“Believe” the super duo’s Reboot album), Becky G. (“Lost In The Middle Of Nowhere”) and Chris Young (“Famous Friends”), the later of which became Billboard’s 2021 year-end No. 1 Country Airplay Song and earned both Brown and Young a CMT Award for “Collaborative Video of the Year.”

In addition to his forthcoming album, Brown will be kicking off his international Drunk or Dreaming Tour, which will include his first touring dates to Australia and New Zealand as well as his long-awaited return to Canada and Europe. The tour will kick off September 17th in Melbourne, Australia before continuing throughout Australia, New Zealand, Canada, UK and Europe.