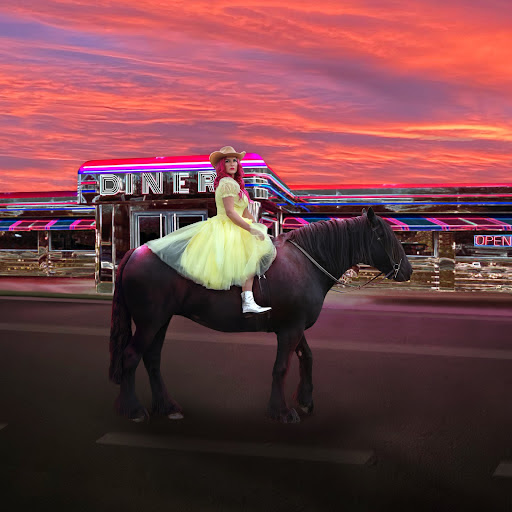 A cinematic insight into her fast-approaching debut solo album – FE SALOMON – bows out of 2022 with the stately new single: “Interstate 10”.

Worlds away from the twisted Middle England countryside Fe Salomon tapped into on earlier release “Quintessential England”, “Interstate 10” transports listeners to the endless metropolis of the United States.

Synced to majestic and widescreen arrangements cut straight from a Hollywood flick, “Interstate 10” finds Fe ruminating on her earliest experiences of touring America at the tender age of 19. A backing singer at the time, with no money and only a futile fake ID to make-do with, she remembers:

“”Interstate 10” connects far-flung events that occurred during my travels around the US, including having to escape from a violent manager who gambled all the money away in Vegas. The song was written with my old friend, producer Ru Cook, and it was originally envisioned as a country song.”

With a filmic narrative that deftly conjures the ceaseless stretches of the country’s great highways to the perils of pursuing the American dream, Fe’s dreamily despondent vocals add drama and intrigue, to a cinematic score that builds towards a grandiose, atmospheric climax.

Produced and arranged by Johnny Parry, “Interstate 10” is the final single to be lifted from Fe’s forthcoming debut solo album ‘Living Rooms’. Confirmed for release on 27 January 2023 via Drink Me Recordings, the album will present 11 tracks of intricately autobiographical, richly orchestral pop definitive of an artist in both prolific and purposeful form. The full-length LP also directly follows Fe’s ‘Taxicabs’ EP, four tracks released earlier in the Summer which offered a candid chronicling of a previous chapter in Fe’s life. You can listen back here.

Fe Salomon is a singer-songwriter, performer and producer, currently based in the East Midlands. Finding a kindred creative spirit in producer and contemporary classical composer Johnny Parry, together the pair have been working on her upcoming debut ‘Living Rooms’. A record which will tell stories of multiple lives lived and lost in the city, of friendships that meant everything and the characters you’ll never meet again, of transience and loneliness, and of getting by and moving on; it promises to be every bit as enrapturing and enigmatic as the artist at its core.

Gifted with the kind of superpowers that have blessed Alison Goldfrapp with her unwavering glam-pop allure and Stevie Nicks with that invincible soul, Fe Salomon’s empowering first release will prove she’s cut from the same cloth and ready to be your newest musical hero. Promising a full-blooded debut of rich, playful, experimental pop with distinct, exuberant and fulfilling depths, she releases her debut album: ‘Living Rooms’ early next year. 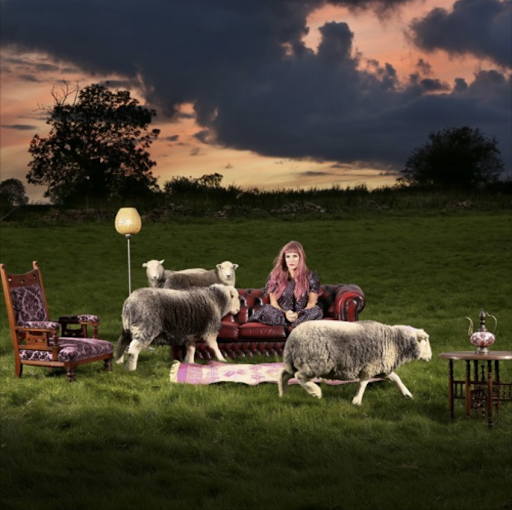