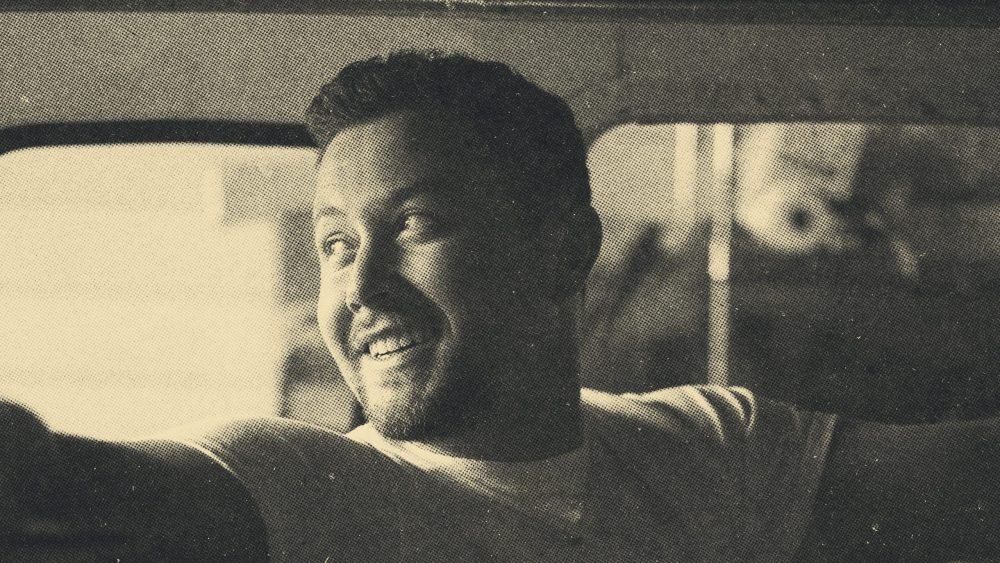 NASHVILLE, TN. – (27th August, 2021) – As lead single ‘You Time’ knocks on the door of the Top 5 on the US Country Radio charts, Scotty McCreery shares another new song, ‘Carolina To Me‘, from his upcoming highly anticipated album Same Truck, set for release September 17th 2021. Listen to ‘Carolina To Me’ here and pre-order/pre-save Same Truck here.

Written with Taylor Phillips and Jeremy Bussey, ‘Carolina To Me’ is a reflection of McCreery’s love for his home state and his deep faith. “To me, North Carolina is just a little piece of Heaven on Earth, and I hope when I get to Heaven, there’s a little bit of North Carolina in it,” the Garner, N.C. native shares.

McCreery will make his debut appearance on “Talk Shop Live” on Monday, Aug. 30th at 8pm ET (1am BST) where he will perform several songs from the new album and answer questions from viewers. Fans can pre-order signed copies of Same Truck and hear his behind-the-scenes stories of making the album. A limited edition, alternate cover for the album is also available exclusively at McCreery’s online store, along with Same Truck-themed merchandise and more.

This Tuesday (31/8), McCreery will return to the Grand Ole Opry stage, performing fan-favourites from the historic circle. Tickets are available at opry.com or listen to the broadcast on WSM Radio.

Today’s release follows title track “Same Truck,” co-written with Ashley Gorley, Zack Crowell and Taylor Phillips, which landed on ET’s “New Music Releases” and found praise from MusicRow as “celebratory,” while “the ringing guitars back an anthemic lyric of unity and brotherhood…Well written and performed with elan.”

Once again produced by Frank Rogers, Derek Wells and Aaron Eshuis, the team who produced his previous project (the RIAA Gold certified Seasons Change), Same Truck is a reflection of where Scotty McCreery is in life now as a 27 year old man married to the love of his life for three years and who is also celebrating his 10th year as an entertainer. Released in 2018, Seasons Change debuted at No.1 on the Billboard Country Albums Chart and contained three consecutive No. 1 hits: the Double RIAA Platinum certified ‘Five More Minutes’, Platinum certified ‘This is It’, and Gold certified ‘In Between’.

In the midst of his You Time Tour, McCreery has been performing several songs from the new album in concert. “You never know how new songs are going to go over in the live show, but our audiences sure seem to enjoy them from the reaction we’re receiving,” said the North Carolina native. He’s also been direct support on select tour dates with Old Dominion.

ABOUT SCOTTY McCREERY:
McCreery achieved new heights by earning three back-to-back No. 1 hits from his most recent album Seasons Change, the RIAA Gold-certified project which debuted at No. 1 on the Billboard Country Album chart: the RIAA Double Platinum-certified “Five More Minutes,” the RIAA Platinum-certified “This Is It,” which stayed at the top of the charts for two weeks, and RIAA Gold-certified “In Between.” McCreery co-wrote all 11 songs on Seasons Change, which Rolling Stone named as one of the “40 Best Country and Americana Albums of 2018.” His current single “You Time,” “Why You Gotta Be Like That,” “Carolina To Me” and the title track from the forthcoming follow-up Same Truck are available everywhere now. Same Truck, McCreery’s fifth studio album, is set for release Friday, Sept. 17th and available for pre-order now.

All four of his albums have debuted at No. 1 on a Billboard Albums chart, with current combined sales surpassing 3 million copies. He’s earned one Double Platinum, four Platinum and two Gold singles; won the 10th season of “American Idol” in 2011; was named the ACM New Artist of the Year in 2011; won the CMT Music Award for Breakthrough Video of the Year (“The Trouble with Girls”) in 2012; American Country Awards for New Artist of the Year in 2011 and Breakthrough Artist of the Year in 2013; BMI Awards for writing One of the Top 50 Country Songs of the Year three times (in 2015 for “See You Tonight,” in 2018 for “Five More Minutes,” and in 2019 for “This is It”); a Carolina Beach Music Award for National Dance Song of the Year (“Barefootin’”) in 2018; and the NSAI Nashville Songwriter Award for One of the Top Ten Songs I Wish I’d Written (“Five More Minutes”) in 2018.

The North Carolina native released his first book, Go Big or Go Home: The Journey Toward the Dream, in 2016; it was re-released in paperback in 2020. McCreery launched his recording career by making history in 2011 as both the first country artist and the youngest male artist of any genre to debut his first studio album, the Platinum-certified Clear as Day, at No. 1 on the all-genre Billboard Top 200 Albums chart. For more information, visit: ScottyMcCreery.com | Twitter | Facebook | Instagram.