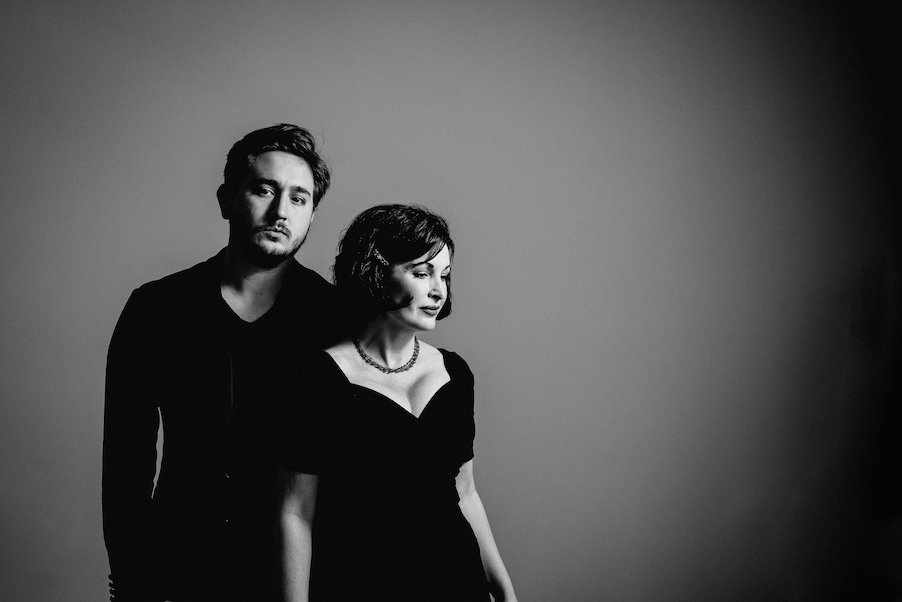 Above: Single Art for “The Letter”
NASHVILLE, TN  — Nashville-based Americana duo A Tale Of Two have released their third single, “The Letter.” The beautifully orchestrated song is from their forthcoming self-titled EP which will be performed in its entirety on September 19 at City Winery in Nashville.
Listen to “The Letter” here.
A Tale Of Two — award-winning vocalist Stephanie Adlington and guitarist Aaron Lessard — offer a different kind of Americana; storytelling by a swampy pair of retro raconteurs spinning blues arias with soul, intrigue and power. Their upcoming six-track A Tale Of Two EP, due out Friday, September 17, takes the listener through different stories and characters emanating relatability. Americana Highways recently noted, “the whine and grit in this duo’s vocals are gripping and noticeably timeless.”
Together, Adlington and Lessard channel southern lullabies, front porch blues, and even hints of Jazz and French love songs with the resulting A Tale Of Two studio EP, which was entirely recorded live.

Above: A Tale Of Two; (left to right) Aaron Lessard and Stephanie Adlington
Like many Nashville-based artists, the complimentative duo looked to the past for likeable sounds that they would spin as their own. “We dove deep in our roots to grab the best elements of our favorite artists. Great artists like John Paul White, Patty Griffin, Tom Waits, Ray LaMontagne, and Punch Brothers helped us to find a home in the Folk/Americana scene,” says Lessard. “If Nashville has taught us anything, it is to be different,” adds Adlington. “It is a unique hub of incredible musicians and writers. We have always wanted to find our own voice within the crowd.”
Oozing an infectious stage presence and chemistry that carries over from the music to the back-and-forth banter between songs, A Tale Of Two are a genuine pair of fun-loving storytellers. “Growing up, we both were surrounded by folklore and history. We were always fascinated by the people, culture, and especially dark tales,” concludes Lessard. “It has definitely shaped who we are.”
Find A Tale Of Two Online:
INSTAGRAM | FACEBOOK | SPOTIFY