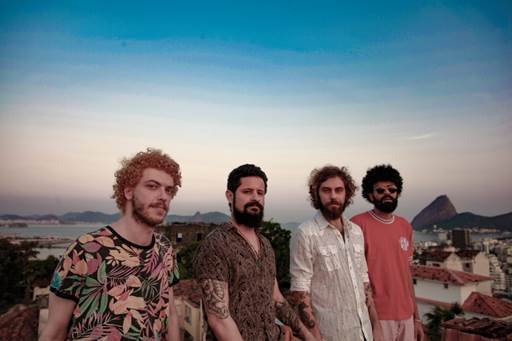 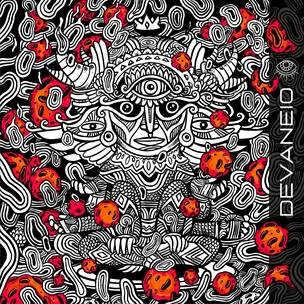 With a bold stance, Devaneio launches his debut album with a conceptual theme. The album of the same name brings in its seven tracks reflections on the manifestation of spirituality in religions, in the individual and in the universe. The complex theme of the work, anticipated by the singles “Entre a Espada e a Cruz” and “Miragem”, combines musical inspirations that move through psychedelic and progressive rock, in addition to the strong presence of Brazilian guitar and regional rhythms.

“Because it is a conceptual disc, the album presents a complex web of concepts, reflections and quotes within it. First, the choice of number 7, present in the seven songs that make up the work. This being a number that represents the days of the creation of the universe and the idea of ​​spirituality and fullness in numerology. Interestingly, this album also took 7 years to complete, from the composition of the first song in 2013, to its completion and recording in 2020. ”, recalls Leo Correa, vocalist and guitarist of Devaneio.

The expression of spirituality is the main idea of ​​the album “Devaneio”, which absorbs the mythological and religious narratives told throughout the history of mankind. From Greek Mythology to Christianity, also passing through Judaism, Buddhism and Hinduism. All visions are valuable and necessary for understanding who we are, what we do here and where we are going.

“The songs approach since the creation of the universe, from the Theogony of Hesiod – a poetic and mythological narrative from Ancient Greece; the creation of Gods and humanity, as well as the creation of religions and gods from human desires and misunderstandings; the materialization of the sacred and the creation of chaos, citing the biblical episode of the Golden Calf; the emergence of sin, as an instrument of power and control; the destruction of temples and sacred images; healing by connecting to the pure side of faith; and finally, meditation, transcendence, and the encounter with oneself in the perception that we are all gods.”, details Leo.

As if it were a musical manifesto, Devaneio talks about the contradictions of religions that seek control through guilt and punishment.

“The album proposes the liberation of these dogmatic religious notions, defending the idea that we are all gods and that ‘the truth’ and spirituality do not belong to a single religion”, declares the vocalist, also the band’s main lyricist.

Devaneio’s songs are composed by Leo Corrêa, who is also responsible for voice, guitar and harmonica. The musicians Christian Dias (guitar, guitar and rhodes piano), Matheus Schmidt (fretless bass and bass) and Gabriel Loddo (drums and rhodes piano) are also part of the Reverie. The percussion has a special participation of Alexandre Garnizé, in almost all the tracks, except “E o verbo se fez deus” and “Bezerro de Ouro”. The recording of the album was done at Estúdio Carolina (RJ), with recording, mixing and mastering by Angelo Wolf. The recording assistance was provided by Kayan Guter. The cover of the album “Devaneio” was in charge of Ezekiel Moura (illustration), and Hélcio Queiroz (Design). The Devaneio’s promotional photos are credited to Dan Sant’Anna, who was assisted by Lucas Sant’Anna.