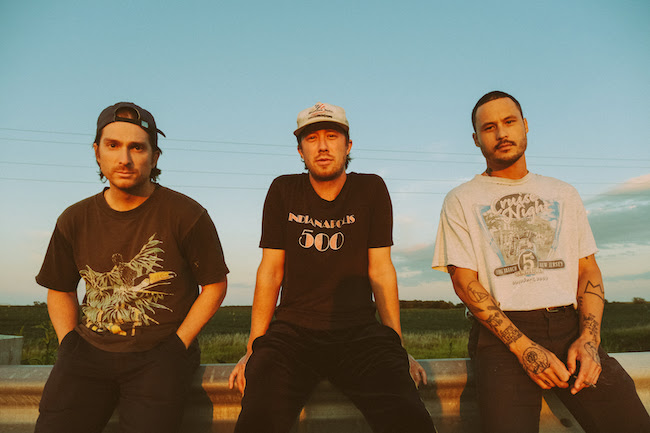 Photo credit: Felix
“A force to be fully reckoned with” American Songwriter
“Life-affirming vibrancy” San Francisco Chronicle
“Wilderado make poetry out of shared sentiments” New Noise Magazine
In the midst of a year of international touring in support of their eponymous debut album, Tulsa band Wilderado release signature track ‘Surefire‘. Already on the US Alternative Radio charts and building on the success of their previous Top 10 hit at the format, ‘Surefire’ has now clocked over 37 million streams. After making their TV debut with Jimmy Kimmel Live!, Wilderado have made their 2nd major TV appearance with a performance of Surefire on CBS Saturday Mornings. Surefire will see remixes by James McAlister (out now), alt-J (out in October) and SYML (out in December).
The song is taken from the band’s self-titled debut LP which was produced by James McAlister (The National, Sufjan Stevens, Taylor Swift), Chad Copelin (Broncho, LANY) and Angelo Petraglia (Kings of Leon) and has received critical acclaim since release.
WATCH ‘SUREFIRE’ VIDEO HERE
LISTEN TO ‘SUREFIRE’ HERE
After a month-long tour of the UK and Ireland supporting alt-J back in the Spring, Wilderado will return to the UK in October for a run of headline dates. The tour will include a show at London’s The Shacklewell Arms on Wednesday 26th. All dates are listed below.
UK HEADLINE TOUR
Tickets available here
Fri 21st Oct – The Deaf Institute, Manchester
Sat 22nd Oct – King Tuts, Glasgow
Tue 25th Oct – Rough Trade, Bristol
Wed 26th Oct – The Shacklewell Arms, London
LISTEN TO WILDERADO’S DEBUT ALBUM HERE
ABOUT WILDERADO
Formed in the California mountains, but originally hailing from Tulsa, OK, Wilderado have been steadily building a passionate fan base and defining who they are since 2015. When they first came together, Maxim Rainer (lead vocals, guitar), Tyler Wimpee (guitar, vocals) and Justin Kila (drums) spent a summer in Latigo Canyon, a secluded part of Malibu, with longtime Sufjan Stevens collaborator James McAlister, immersing themselves in writing and recording. Those songs went on to form early EP releases with tastemaker indie labels IAMSOUND and National Anthem, which garnered more than 130 million streams, but more crucially provided the backbone to years of touring.
Following initial recording sessions at their one-time home and creative space named “The Misty Shrub” (the title of the first EP) in Latigo Canyon (the title of the second EP), the band returned to Tulsa to base themselves from their hometown. Since then, they’ve crisscrossed the USA a half dozen times playing with artists as diverse as Kings of Leon, Lindsey Buckingham and Christine McVie, Mt. Joy, and Rainbow Kitten Surprise, and have performed on the main stage at such festivals as Lollapalooza, Bottlerock and Austin City Limits.  Some time off from the road in 2020 meant that the band were able to focus on completing their debut eponymous LP, released October 2021 by Bright Antenna Records.
www.wilderado.co
www.instagram.com/wilderado_
www.twitter.com/wilderado
www.facebook.com/Wilderado 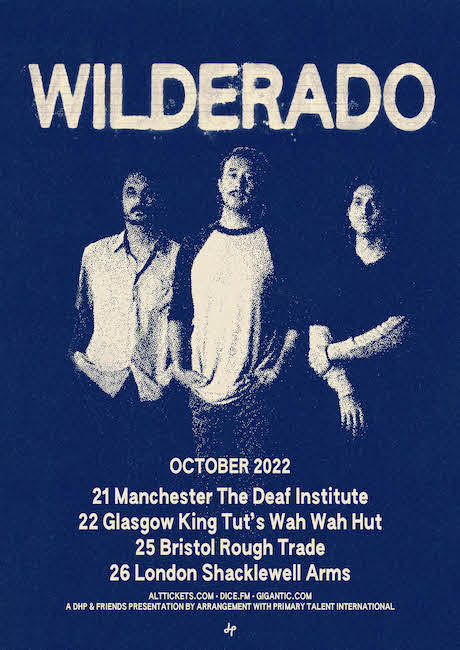