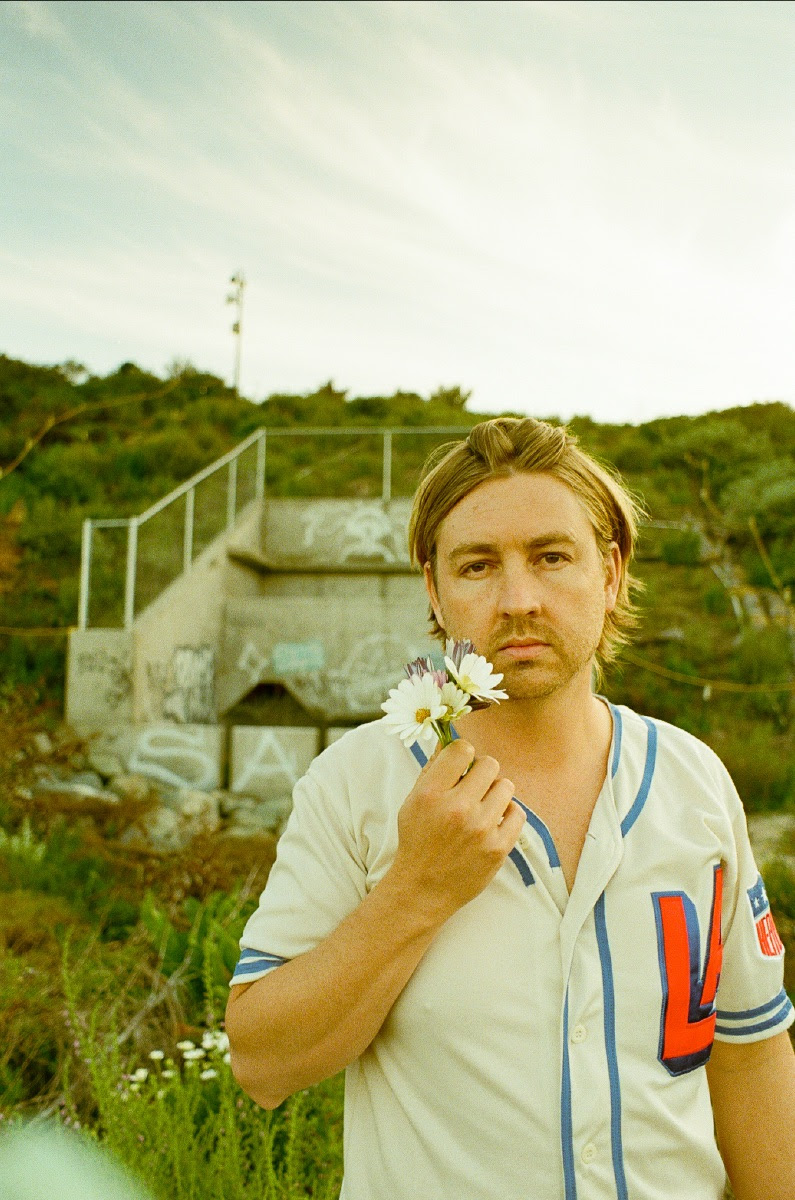 Tyson Motsenbocker recently announced his new album Milk Teeth, due for release on September 23 via Tooth & Nail. Pre-order the album, which charts a coming-of-age-course in a unique way, here.

Today, Motsenbocker has shared the visualizer for “Wendy Darling.” Watch it here.

“‘Wendy Darling’ is about the girl from Peter Pan, the one who wants to leave Neverland,” the artist shares. “I realized that Peter is probably the villain in the story, everyone else is trying to find a way to care for others, even the pirates. Peter Pan is miserable because he only cares about himself. The last line in the book is: ‘We too have seen it, the surf, the shore, listening though we land no more.’ I think so much of adulthood is allowing yourself to fly around the memories of the past, of your childhood. But it’s important that you never try and land there again.”

MILK TEETH TRACK LISTING:
“Oh, No (Regarding Panic Attacks 2016-2021)”
“Wendy Darling”
“Carlo Rossi (Love in the Face of Great Danger)”
“Give Up”
“Hide From the World”
“UC Santa Cruz”
“Make Me Feel It, Come On”
“All the Old Bars (Whose Names Have Changed)”
“North Shore Party”
“Buyer Confidence”
“Time Is a One Way Mirror” 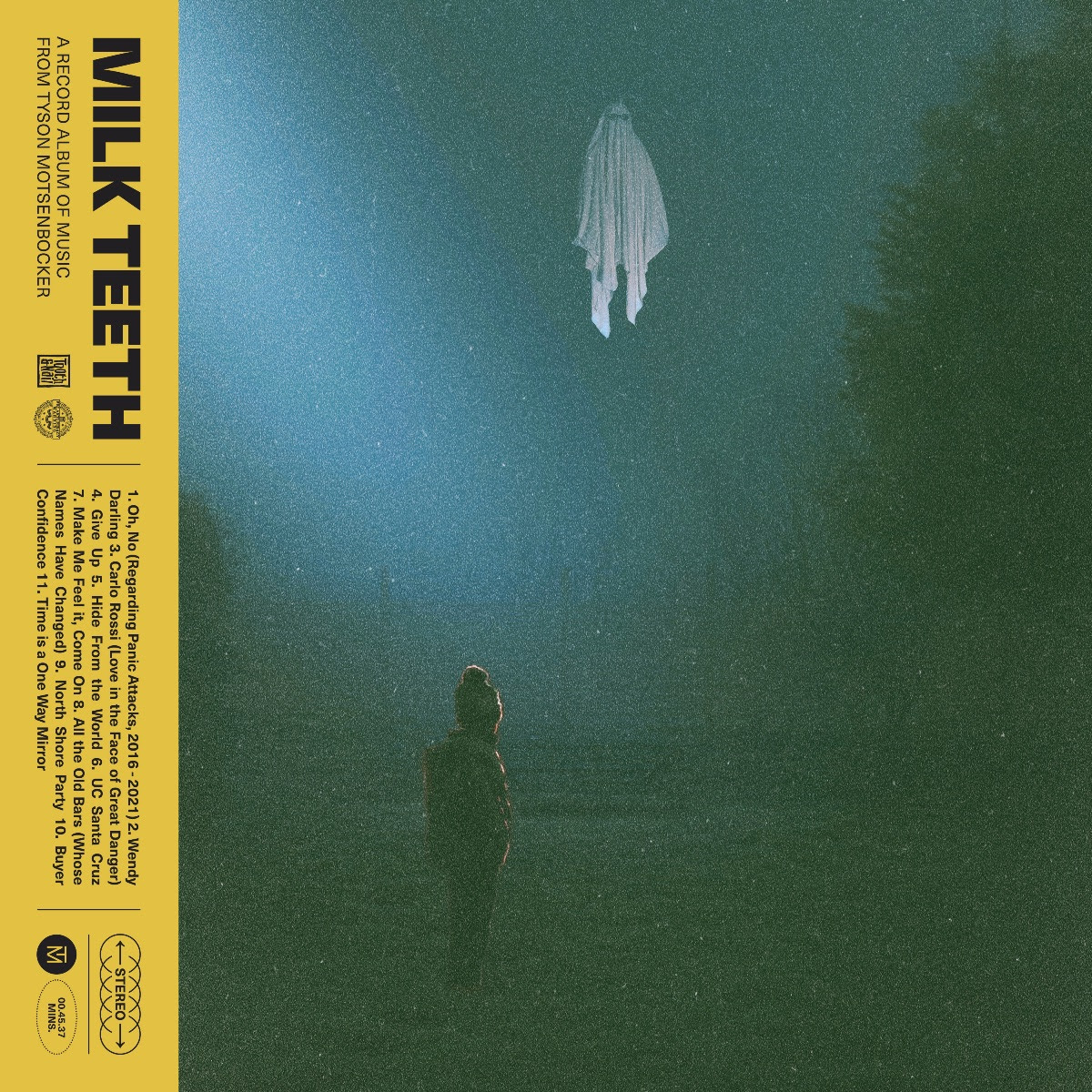 ABOUT TYSON MOTSENBOCKER:
Tyson Motsenbocker preserves his youthful memories in his music, etching them into the fabric of the songs. The Washington-born and California-based singer and songwriter encases them in lithe melodies, upbeat soundscapes, and ponderous lyrics. After generating tens of millions of streams and cultivating a devout fan base, he examines the jump from childhood to adulthood — or maybe just the space between the two — on his third full-length offering, Milk Teeth [Tooth & Nail].

“I tried to make this album about the fear of adulthood,” he states. “I spent my twenties in a house by the beach in San Diego. All we did was make music and surf, all of the time. I arrived at this endless summer, but it was the emptiest place I could imagine. I felt like my life hadn’t started. During the months before this record, I realized I was actually living though. A big part of growing up is the realization you spend your whole childhood dreaming, but when you get ‘there,’ it’s nothing like you hoped it would be. It was time to embrace adulthood by embodying it entirely, embracing the miracle of surviving your childhood, even with disappointment that accompanies it.”

The artist has consistently tuned into such emotions with relatability and vulnerability. Following his 2016 debut LP Letters to Lost Loves, he spent as much time as possible on the road, performing countless shows and captivaing audiences across America and beyond. However, he connected deeply on 2020’s Someday I’ll Make It All Up To You. CCM Magazine awarded it a perfect score of 5-out-of-5 stars and proclaimed, “The result is an album perfectly imperfect, perhaps best exposing Motsenbocker’s sincerest agenda to tell the truth.” Meanwhile, “Autumn Love” was generating two-and-a-half-million Spotify streams. The followup single “Sunday Morning” followed close behind with nearly two million Spotify streams.

Just a handful of shows into what was booked to be a two year touring schedule, COVID-19 shut all touring down. Motsenbocker and his band headed home, where a period of reflection ensued, setting the foundation for what would become Milk Teeth.

“When the world shut down, I thought about what it meant to be an adult a lot,” he reveals. “I think adulthood finally dug me out of the sand when I met my wife — a Canadian, who was locked on the other side of the border. But it was such a beautiful thing to take responsibility. Responsibility for her, for myself, for the future I wanted to have not only in my own life, but in the world around me.”

Motsenbocker hit the studio in Orange County, California with producer Nathan Cimino, drummer James McCalister, bassist Patrick Dodd, and keyboardist Matthew Wright. Thematically reflected in the title (another name for “baby teeth”), the music struck a sweet spot akin to the “summer after you graduate from high school where you’re walking the line between the confusion and excitement of childhood and the gravity of being an adult.”