Swedish Heavy Metallers Trial (Swe) have set September 2nd as the release date for their new full-length ’Feed The Fire‘! For a first preview of the album, a new video (directed by Christoffer Tönnäng) for the single ’Sulphery‘ can be viewed at: www.metalblade.com/trial – where ’Feed The Fire‘ can also be pre-ordered in the following formats: 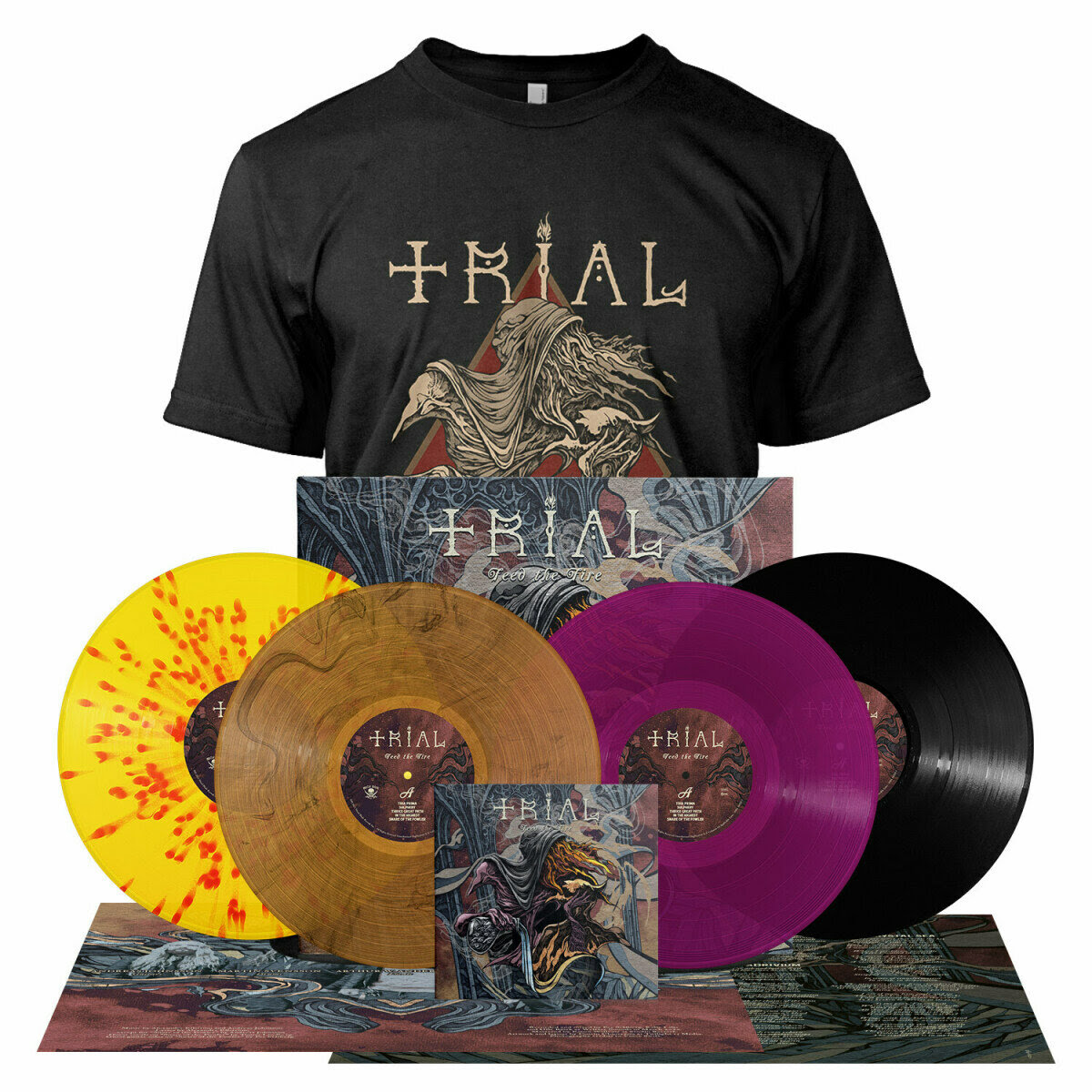 Twin guitars, romping rhythms, towering vocals and distinctive melodies – heavy metal is alive and well in the hands of Trial (Swe). Returning five years after 2017‘s ’Motherless‘ with new vocalist Arthur W. Andersson on board, the quintet is hungry, and it shows in the tracks that comprise the mighty ’Feed The Fire‘, perhaps the most urgent record in their repertoire. “Hearing Arthur‘s voice made me want to write more up-tempo songs,” explains lead guitarist Alexander Ellström. “That desire didn’t occur to me prior to him joining. We owe him a lot in shaping the new record after his voice. The result is a fast-paced, ferocious yet melodic album, and is about giving everything for something you hold dear, and letting it ruin you. This is visualized through a canticle of a goddess. For me, the goddess is very specific, I know who the goddess is, and what she means for me. Are you willing to find your equivalent and let it engulf you? I will happily feed the fire knowing what I get in return.”

Recorded at Welfare Sounds in Gothenburg, with Per Stålberg, Kalle Lilja and Olle Björk as engineers and producers, the band were in the studio every day for almost two weeks, and they approached recording differently than before. “On this album we focused more on playing with feel rather than perfection. In the past, we could spend too much time on parts that ultimately didn‘t end up better than the first takes we did. This time around we all felt much more relaxed about the situation, knowing what was needed of us to perform.” The band also recruited none other than Tomas “Tompa” Lindberg from At The Gates to do some vocals on the song “Snare Of The Fowler”.