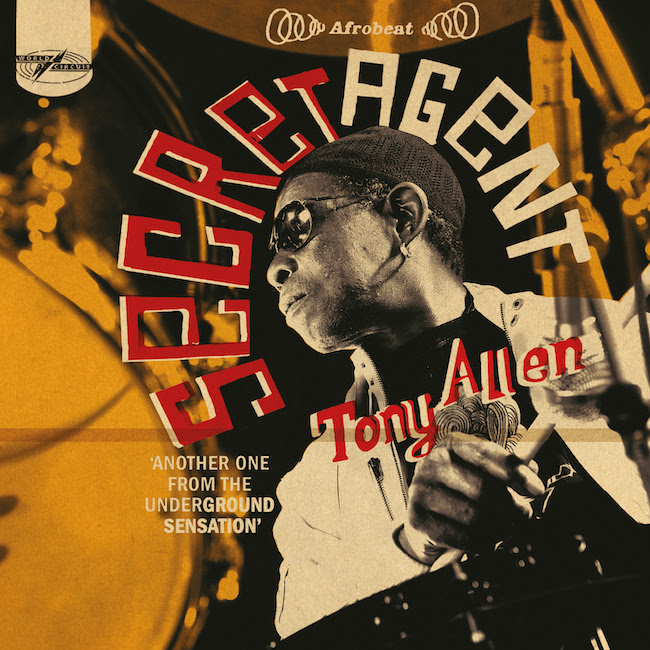 World Circuit Records today announce the late great Tony Allen’s classic 2009 album ‘Secret Agent’ will be remastered and reissued on double heavyweight vinyl, for release on May 20th. The first offering from the remaster, ‘Celebrate’, is available to hear now.
LISTEN TO ‘CELEBRATE’ HERE
Allen, who passed away at the age of 80 in April 2020, has long been acknowledged as Africa’s finest drummer and one of the continent’s most influential musicians. Together with Fela Kuti (with whom he played for 15 years) Allen co-created Afrobeat – the hard-driving, horns-rich, funk-infused, politically insurrectionary style which became such a dominant force in African music and such an influence worldwide. His iconic drumming also underpinned an extensive catalogue of solo works as well as collaborations with the likes of Damon Albarn (as part of The Good, The Bad and The Queen), Charlotte Gainsbourg, Sebastien Tellier, Grace Jones, Malian superstar Oumou Sangaré, Jeff Mills, and of course the late Hugh Masekela, with whom he recorded 2020’s jazz-afrobeat classic ‘Rejoice’.
Allen’s 2009 World Circuit debut, the raw and uncut Secret Agent, has all the ingredients that combine to make Afrobeat so special – fat, full-throated, hard riffing horns; nagging tenor guitars; jazz- and funk-informed saxophone and trumpet work outs; effervescent keyboards; lyrics rich in folk metaphors and proverbs, some of which confront state corruption and oppression (Kuti’s most frequent targets); deep-soul call and response vocals; and, of course, energising everything around it, Allen’s majestic drumming.   The reissue follows last year’s Special Edition re-release of ‘Rejoice’, Allen’s now-classic collaboration with Hugh Masekela. As one of the final recordings (and the last to be released during his lifetime) by Allen, and the first posthumous release by Masekela after his passing in 2018, the special edition features an extra disc of reimagined bonus ‘Cool Cats’ mixes.
“if you’re wondering why Afrobeat is hip, start here” Observer Music Monthly
“There is no question that Tony Allen is a genius, one of the greatest percussionists in the history of popular music” The Guardian
“While seeking to revive Afrobeat from the roots, Tony Allen imposes here a modernist vision and achieves the best possible synthesis between Yoruba foundations, Blue Note jazz arrangements and electro sound resolution.” – Les Inrockuptibles
PRE-ORDER ‘SECRET AGENT’ HERE
www.worldcircuit.co.uk
www.tonyallenafrobeat.com
www.facebook.com/tonyallenafrobeat
www.instagram.com/allencodrum
www.bmg.com 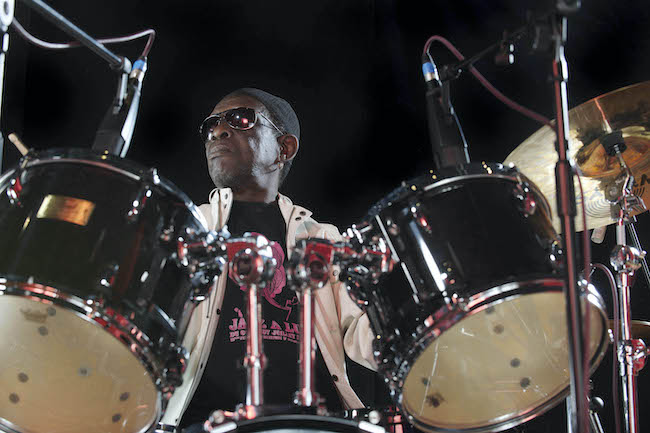