+ REVEAL A NEW SESSION VIDEO FOR FEATURED TRACK:
“OVER MY FEET” (w/ A LIVE ORCHESTRA) 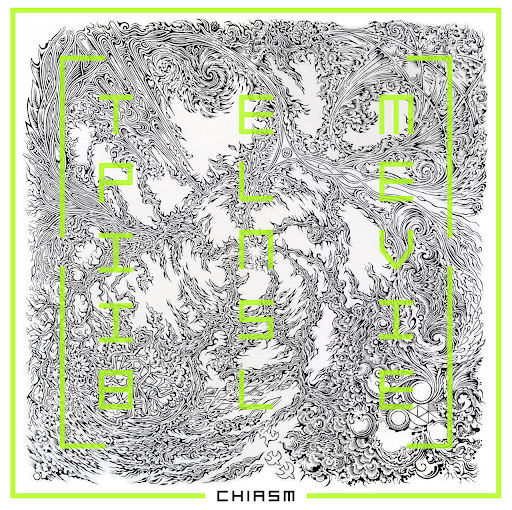 “Paving the way in electronic music”
Hunger Magazine
“The crushing intensity of their music comes equipped with a redemptive, blissful edge”
Clash Magazine

TEMPLE INVISIBLE – have released their genre-bending EP — and their first in five years — ‘Chiasm’, today (13 May).

Delving into the journey of the inner psyche and grappling with the love-hate relationship that humans have with themselves, ‘Chiasm’ is a genre-bending odyssey through industrial-tinged rhythms, space-age beats, and chiffony, celestial vocals.

Arriving a decade into the group’s formation, it is their first extended release for five years and proves the group’s enduring sound is as compelling and crucial as ever.

Featuring four all-new compositions of an awe-inspiring gravity and interstellar ambition, the EP was produced, recorded and mixed by Temple Invisible’s own Costas Ivanov, with additional production courtesy of Irina Bucescu and final mastering completed by Aneek Thapar.

Of the new EP, Irina says:

“‘Chiasm’ is the crossing point of all the journeys we’ve been on over the last five years — inner and outer. Our minds go in many directions, eager to explore and understand, to grasp and play with reality. These four songs are about relationships with family, with lovers and with ourselves. ‘Chiasm’ is about taking separate outside forces that push and pull, and unifying them inside. It’s a unique journey for each of us, but we share the same higher purpose: finding the point of least resistance and expressing freely through form, allowing ourselves to unfold..”

Featuring earlier singles including the stellar and spacey “Stardust” and intensely industrial “Hold”, ‘Chiasm’ is also accompanied by a live session video for evocative recent release “Over My Feet”.

Filmed at Avanpost Studios in Bucharest — one of Eastern Europe’s largest and most significant post-production studios — the video sees the two-piece boast their skill for merging classical composition with forward-thinking instrumentals as they are joined by a live orchestra to perform a striking rendition of the track.
Watch the session here. 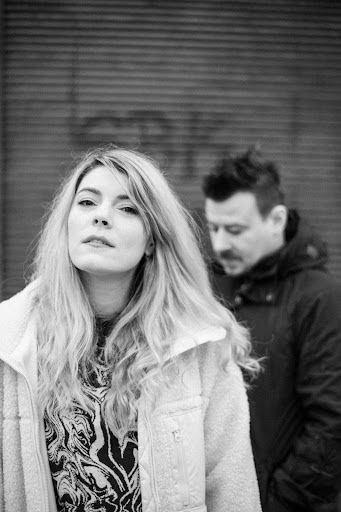 Temple Invisible is an electronic-rock/electronica/trip-hop/industrial/genre-defying duo of Irina Bucescu and Costas Ivanov. Formed in 2012 in Bucharest, Romania, Temple Invisible‘s music diffuses a unique blend of electronic influences and musical genres combined with a classical sense of composition.

Since releasing their debut single ‘Disappearance’ in May 2014 they have performed regularly (pre-pandemic) at major festivals and venues in Romania, sharing the stage with notable acts such as Orbital, Modeselektor, Actress, Douglas Dare and Bonobo.

With their music playlisted on stations across the globe inc. the UK, USA, Russia, Australia, Switzerland, Sweden, Denmark, Germany, Italy, Portugal; Temple Invisible have also been critically acclaimed by publications such as Clash Magazine, The FADER, VICE, Hunger Magazine, The Line of Best Fit, Richer Unsigned and many more.

Drawing comparisons to the likes of Depeche Mode, Radiohead, Massive Attack, Gary Numan and more, the band have released two EP’s: ‘ENTER_’ (2014) and ‘Void’ (2017) to date.  Losing none of their sci-fi indebted sonic invention or mystic allure in the interim years, Temple Invisible’s visionary third collection ‘Chiasm’ is out now.