Sacramento-based symphonic metal quintet GRAVESHADOW and Pacific Northwest blackened progressive-metal group VINTERSEA have announced “The Uncertain Hour Tour 2022,” beginning Friday, July 15th at Barmadeggon in Tulare, CA, and running up and down the West Coast, ending Saturday, July 23rd at Cafe Colonial in Sacramento, CA. Full tour dates are below. Pre-orders for CD and limited-edition (200) vinyl copies of GRAVESHADOW‘s upcoming third album, “The Uncertain Hour,” are available at www.smarturl.com/graveshadow. While CD copies of VINTERSEA‘s most recent album, 2019’s “Illuminated,” are available at https://vintersea.bandcamp.com.

“We’re so excited to be here again and we can’t wait to get back out on the road and see everyone — new and existing fans alike!,” exclaims GRAVESHADOW guitarist William Lloyd Walker. “We’ve talked for years about doing a run with VINTERSEA and we’re thrilled we were able to finally make it happen. Can’t wait to see you all out there very soon!”

“I can’t wait to get out on my first run out with Graveshadow!,” furthers GRAVESHADOW singer Rachl ‘Raxx’ Quinn. “I’m truly excited to deliver the passion that VINTERSEA and ourselves bring to the table. Looking forward to tearing down the house each night with my bandmates and good friends!” 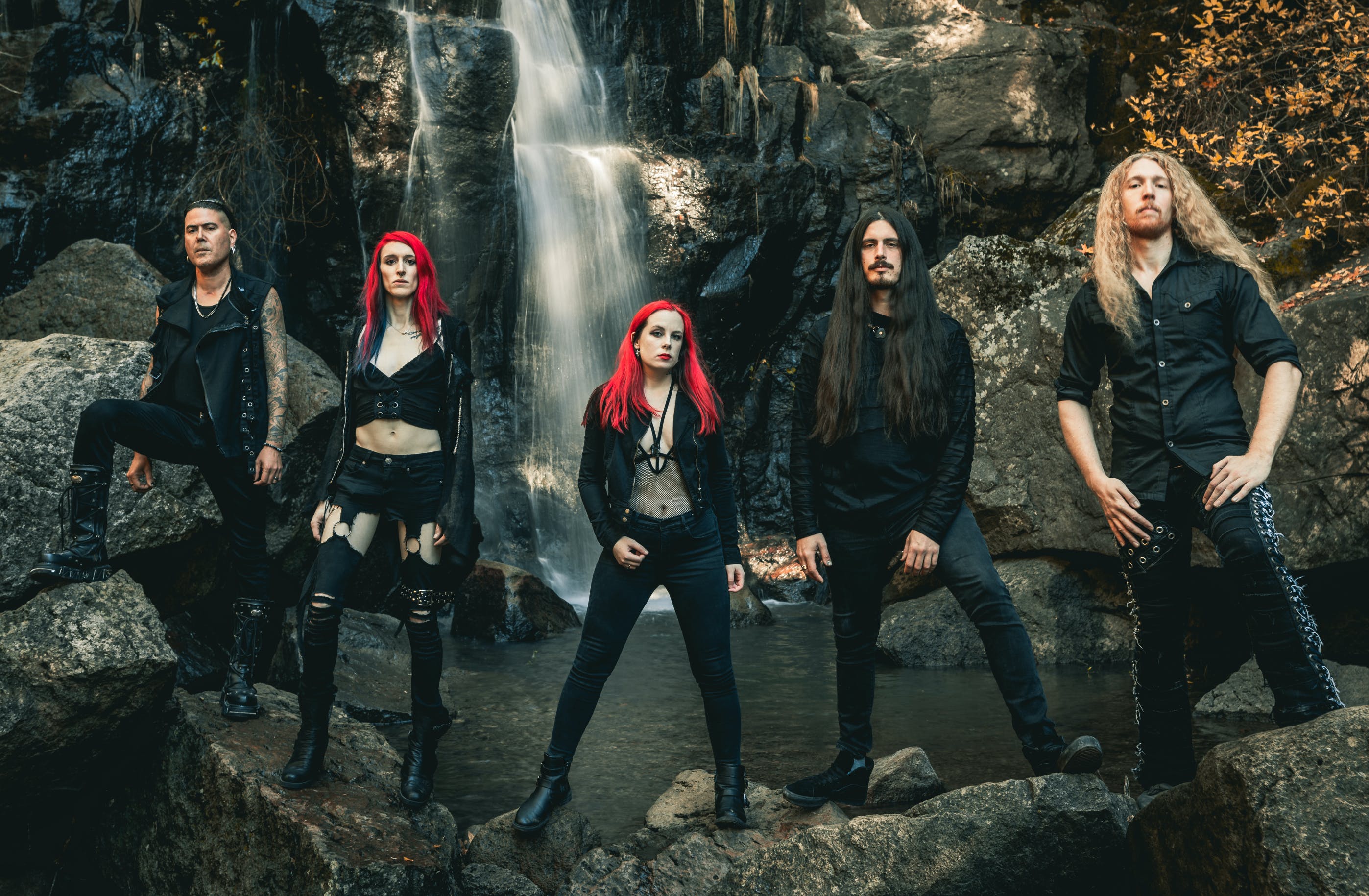 GRAVESHADOW – who deftly mixes symphonic/gothic metal with elements of doom, thrash and epic progressive power metal – recently unveiled the music video for “Soldier of 34,” the new single from their forthcoming album, “The Uncertain Hour,” at https://youtu.be/qXDzhkfRjuM. “The Uncertain Hour” sees the new lineup for GRAVESHADOW continue to refine the enticing mix of symphonic, gothic, doom, and epic progressive-metal elements, now augmented by the newfound energy that has been brought into the band by the soaring melodic vocals of Rachl ‘Raxx’ Quinn and the rumbling rhythm section of new bassist Luci Rae and new drummer Bones Padilla. The returning duo of William Lloyd Walker and Aaron Robitsch once again deliver a beautiful display of guitar histrionics that tastefully mixes searing shred with warm melody. GRAVESHADOW are back on the scene with a story to tell, intertwining melodic highs and crushing lows to sweep listeners away on a journey of self-discovery, loss and the will to carry on.

GRAVESHADOW‘s previous album, 2018’s “Ambition’s Price,” was given accolades by Metal Utopia for being “a great record with lots of great moments for fans of Nightwish and The Birthday Massacre.” Metal Nation praised “Ambition’s Price,” declaring that “GRAVESHADOW has taken what has become a somewhat complacent and stagnant style of metal and breathed fresh life into it, creating something vibrant and memorable.” The fantastical lyrical themes that were explored by the band on “Ambition’s Price” – their debut record for M-Theory Audio and the follow-up to the group’s incubatory 2015 debut full-length “Nocturnal Resurrection” – were applauded by critics and fans alike. The band followed the release of “Ambition’s Price” by winning over new audiences with extensive touring alongside bands such as Arkona, Sirenia, Exmortus, Night Demon, and Unleash The Archers.

VINTERSEA – whose unique fusion of majestic progressive metal, harsh blackened death and post-metal beauty draws inspiration from the darkened skies of their Pacific Northwest home – have started recording the follow-up album to their critically-acclaimed 2019 opus, “Illuminated.” The band’s most recent record showed off the band’s riveting mix of prog, black, death and post-metal that has earned comparisons to forward-thinking acts such as Agalloch and Enslaved, and was praised by Dead Rhetoric as “a wondrous, challenging record that will reward listeners who are seeking something more.”

Fronted by Malaysian-born singer Avienne, whose vocal range spans from haunting melodies to fierce growls, VINTERSEA delivers heavy, emotionally powerful and technically intriguing music that is undeniably inspired by the majesty of the Pacific Northwest. A series of visually-compelling music videos that communicated the inspirations behind “Illuminated” – culminated by the blood, sweat, and tears put into bringing to life the vision conceived by VINTERSEA bassist Karl Whinnery for the central epic of the album, “Crack of Light,” featuring a set built by the band to accommodate a 40×40-foot pool and a 20-foot-long boat handmade specifically for the video – can be viewed at https://www.youtube.com/vintersea. Live performances alongside bands such as Arkona, Ne Obliviscaris, The Ocean, Sirenia, Dawn of Ouroboros and label mates Voices of Ruin have furthered the demand for VINTERSEA‘s powerful metallic blend.

“We have been fans and friends of Graveshadow for year, and have been waiting for the right opportunity to explore the Pacific coast with them,” explains VINTERSEA guitarist Riley Nix. “Now that we are united with recent albums out under the M-Theory banner, it is the perfect time to unleash a barrage of beautiful, brutal, and forward-thinking metal across three states.”