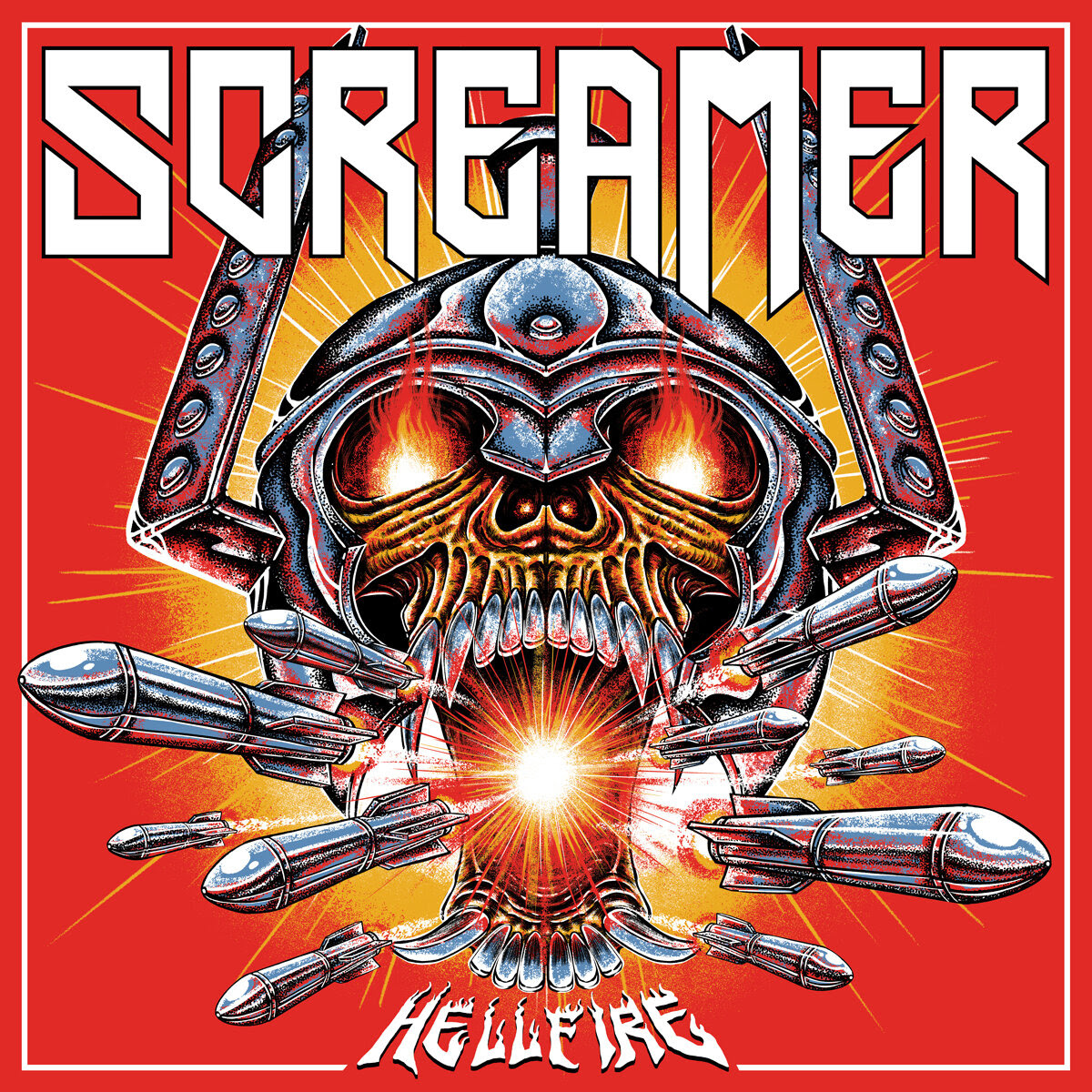 SCREAMER, one of Sweden’s most ambitious Heavy Metal acts, will release their new single and video for the song “Hellfire” today. The song is taken from their upcoming studio album ‘Kingmaker’. 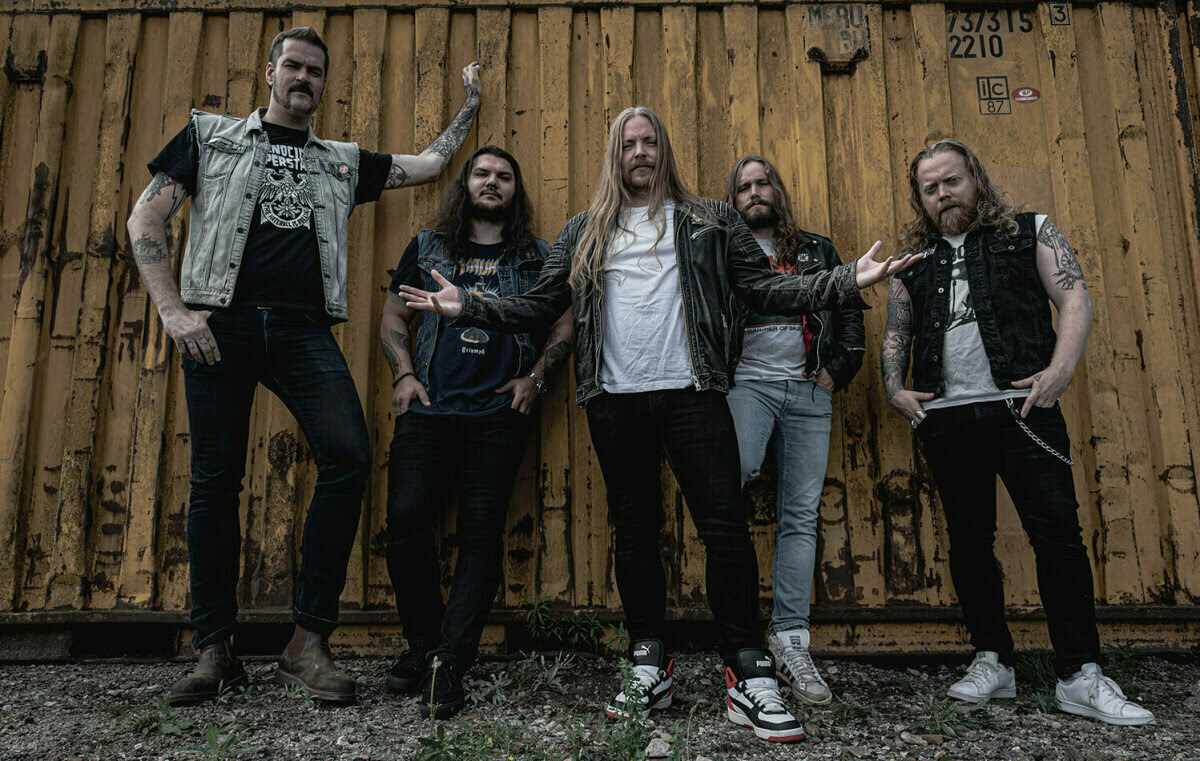 It‘s their enthusiasm, the physically tangible intensity of their songs and their irrepressible drive that has always set Screamer apart from other acts. The Swedish band surrounding vocalist Andreas Wikström benefits no end from the group‘s amazing energy in combination with the musicians‘ inspiring and diverse songwriting. This rewarding mix has already produced four studio albums and one live recording since 2011. Screamer‘s latest offering ’Kingmaker‘ is scheduled for release on 13 January 2023. As its predecessors, ’Kingmaker‘ sparkles with a wealth of songs in the catchment area of classic heavy metal, the kind that has been an integral part of our lives since the early 1980s. At the same time, Screamer skinsman Henrik Petersson promises his band‘s most mature and focused album yet, saying: “’Kingmaker‘ had us refine our signature style even more and bring out the essence of our strongest fortes.”

Screamer came together in Ljungby in 2009, a small town between Malmö and Gothenburg. Their previous studio albums, ’Adrenaline Distractions‘ (2011), ’Phoenix‘ (2013) ’Hell Machine‘ (2017) and ’Highway Of Heroes‘ (2019), saw the five-piece deliver straightforward statements featuring dynamic riffs, tasteful twin guitars, punchy grooves and deeply melodic vocals. Screamer have played well over three hundred concerts, including acclaimed shows at renowned festivals such as Headbangers Open Air, Rock Hard Open Air, Summer Breeze, Bang Your Head and Muskelrock. A representative testament to the quintet‘s enthusiasm for playing live saw the light of day in January 2021: The songs on their ’Live Sacrifice‘ live album were cut during their European tour between autumn 2019 and spring 2020, with ’Kingmaker‘ now seamlessly picking up where its predecessors left off.

New songs such as ’Renegade‘, ’Chasing The Rainbow‘ and ’Hellfire‘ are typical Screamer numbers. Says Petersson: “In addition, they show what we are about this time, musically as well as in terms of content. Normally our lyrics are about life on tour, the joys of heavy metal and the life that goes with it.” However, the unusual, melancholy ’The Traveler‘ is not your typical Screamer fare. “’Kingmaker‘ also features socio-critical approaches, for example on ’Ashes And Fire‘, and fantasy influences on ’Sounds Of The Night‘, which you might refer to as little adventure stories,” adds vocalist Andreas Wikström.

Wikström is not only Screamer‘s vocalist, but also the band‘s main lyricist, with a sure instinct for fantastic choruses. Along with longstanding members, guitarist Dejan Rosić, described by his colleagues as a “riff machine and Bosnian Santana”, and bassist Fredrik Svensson Carlström (“a real animal on stage!”) there‘s drummer Henrik Petersson, who not only started the band, but is also its manager and organisational backbone. Guitarist Jon Morheim has only recently joined the Screamer fold and is a true riff virtuoso whose great technical skill has been instrumental in propelling Screamer to the next musical level.

These five have combined their talent, experience and undiminished driving ambition and are set to unleash ’Kingmaker‘, the strongest album of their career to date. Before the album sees the light of day on 13 January 2023, the first lead single ’Kingmaker‘ will be out on 16 September 2022, followed by ’Hellfire‘ on 28 October 2022 and ’The Traveler‘ on 9 December 2022, all three of them supported by outstanding video clips. So preparations for the festivities are already under way to ensure a worthy coronation ceremony of the Screamer King! 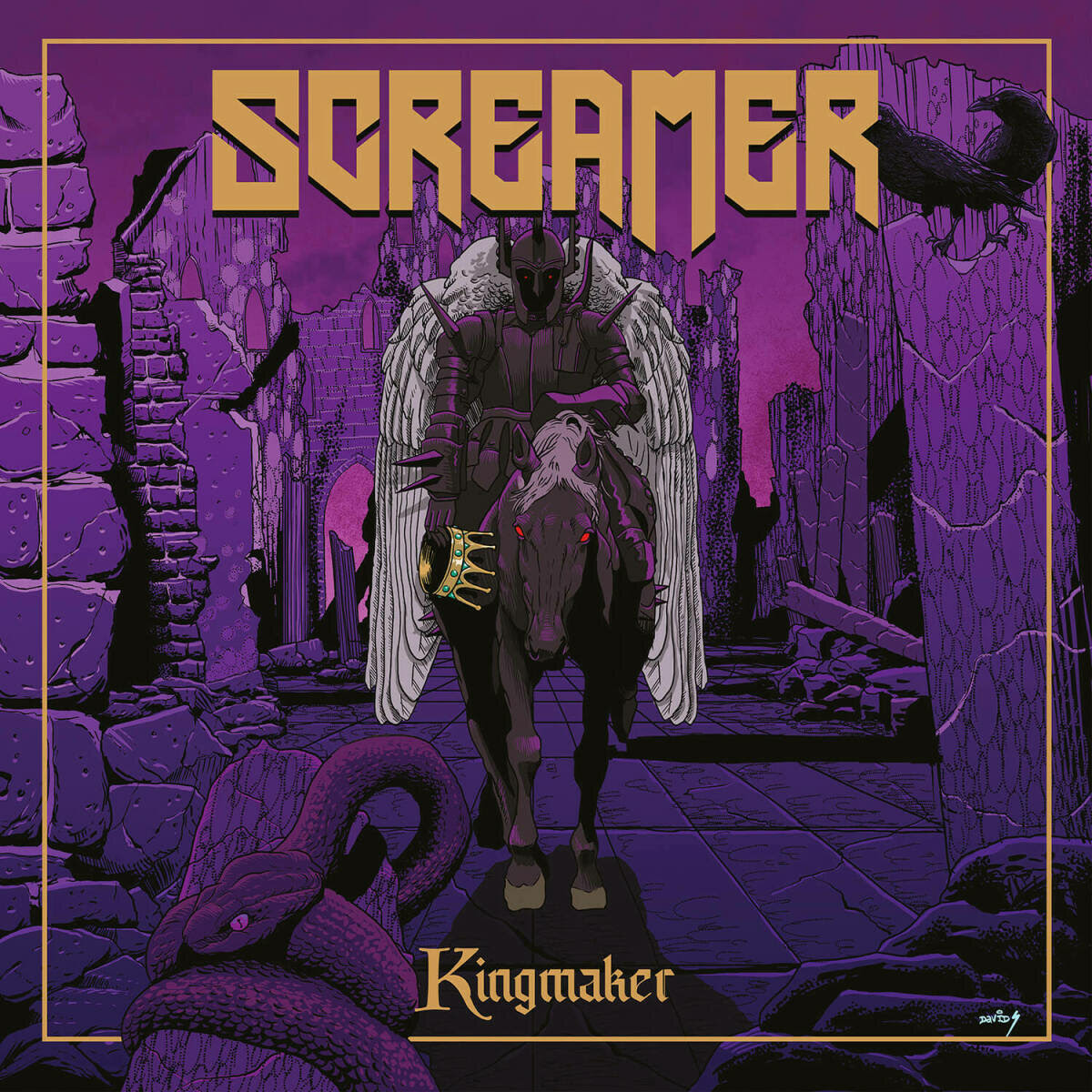 The new album “Kingmaker” will be released on January 13, 2023 through SPV/Steamhammer as CD DigiPak (incl.poster), LP version, CD/LP bundle with shirt (only at the Steamhammer shop), download and stream: https://Screamer.lnk.to/Kingmaker