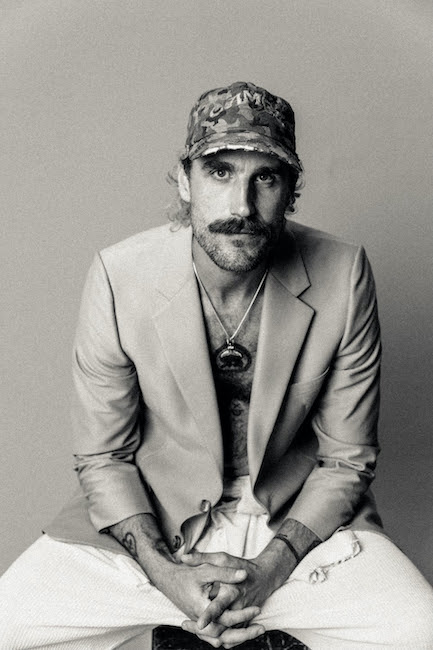 Photo Credit: Citizen Kane Wayne
This Friday, Rayland Baxter will release his new album, ‘If I Were A Butterfly’ via ATO. Ahead of this week’s release, he shares the single ‘My Argentina‘, a stripped-down piano ballad that centres around the grief and loss he’s processing on the record. Today he also shares the live performance companion video featuring a sombre and gorgeous rendition of the song with Baxter, a piano and a trio of backing vocalists.
WATCH ‘MY ARGENTINA’ VIDEO HERE
LISTEN TO ‘MY ARGENTINA’ HERE
Rayland explains: “This song is a goodbye to destructive and temperamental characters of my consciousness… the firecrackers that blow up in my face… the brick wall I drive through just to look back and see an easier way around… after the everything in hindsight had been destroyed… it was too late. I lost friends because of this character and I lost loved ones because of this character… this character… I found it to be my navigational hang-up. Of course, there was a way to the gentle and effective walk around a wall… and this is my goodbye to the hang-up”.
“Last month the Tennessee-bred singer-songwriter shared two other album singles including ‘Rubberband Man‘ and ‘If I Were A Butterfly’s title track. The album was produced by Baxter, Tim O’Sullivan and Kai Welch and is available for pre-order and pre-save today HERE. Rayland Baxter will kick off his U.S. album release tour this Friday in his hometown of Nashville with a Grimey’s in-store, he’ll later play his official show there on November 11th at Brooklyn Bowl. Other tour highlights include New York City on November 16th and Washington DC on November 19th. Full tour dates below.
‘If I Were A Butterfly’ is the fourth studio album from Rayland Baxter. The album examines loss and existential ruminations on happiness and freedom and was completed in the wake of his father, the legendary Bucky Baxter’s (Bob Dylan’s longtime pedal steel player and member of Steve Earle’s Dukes) passing. His late father appears on the album along with a host of collaborators including Shakey Graves, Zac Cockrell of Alabama Shakes, members of Cage the Elephant, Stella, Rose, Morning Teleportation’s Travis Goodwin, and legendary Motown drummer Miss Bobbye Hall, among many others. ‘If I Were A Butterfly’ was in large part recorded while Baxter was living alone at Thunder Sound, an abandoned rubber-band factory turned studio in Kentucky with later sessions taking place in California, Tennessee, Texas and Washington.
The Nashville eccentric and ever-evolving journeyman’s most recent release was Good Mmornin, a tribute to the late Mac Miller. Prior to that, he released three full-length studio albums – Wide Awake, Imaginary Man, feathers & fishHooks and the EP ashkeLON. Rayland Baxter will be on tour throughout 2022 and 2023. Full tour dates are below.  “Baxter tends to keep his references oblique, working his commentary into the fabric of storytelling that leaves equal space for love songs and humorous vignettes,” said Rolling Stone. Popmatters notes that  “the amount of craft evident in Baxter’s lyricism borders on breathtaking at times.” It’s this wit and songcraft that is so front and centre on If I Were A Butterfly, Baxter’s most fully evolved and wisest body of work to date, but it also bears the sonic freedom of someone who’s got nothing left to lose.
‘IF I WERE A BUTTERFLY’ TRACKLISTING
1. If I Were A Butterfly
2. Billy Goat
3. Rubberband Man
4. Buckwheat
5. Tadpole
6. Dirty Knees
7. Graffiti Street
8. Violence
9. Thunder Sound
10. My Argentina
US TOUR DATES
Nov 4 – Nashville, TN – Grimey’s in-store N
ov 5 – Atlanta, GA – Terminal West
Nov 6 – Charleston, SC – The Windjammer
Nov 11 – Nashville, TN – Brooklyn Bowl
Nov 16 – New York – Brooklyn Made
Nov 18 – Philadelphia, PA – Ardmore Music Hall
Nov 19 – Washington D.C – The Hamilton
Jan 14 – Portland OR – Portland’s Folk Fest
www.raylandbaxter.com
www.twitter.com/RaylandisHere
www.instagram.com/raylandishere
www.facebook.com/RaylandBaxterMusic 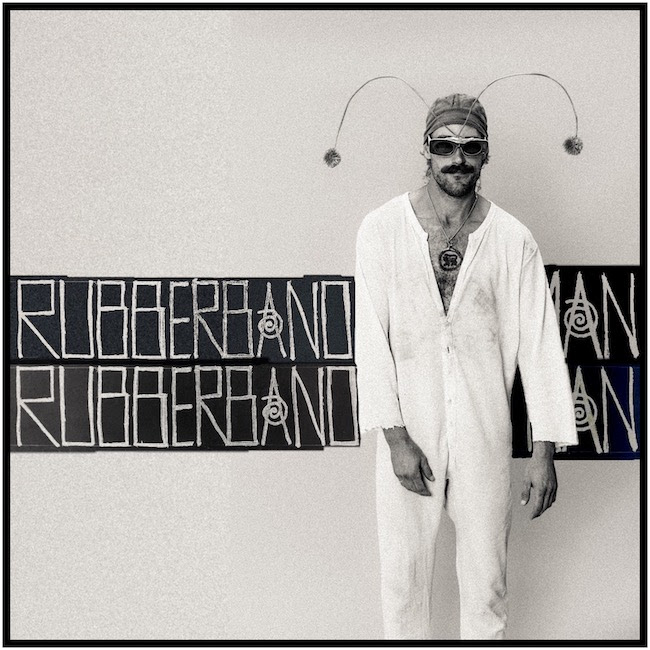