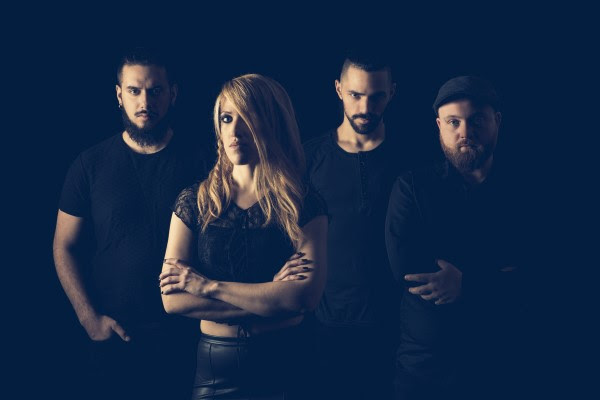 Greek alternative rockers Mislead have just shared a music video for the title track of their debut full-length album “Find Your Enemy”, due out on June 24.

Filmed and directed by Jim Barbayiannis, the video for “Find You Enemy” is now playing at this location.

The band had this to say about this new track: “The self titled track from “Find Your Enemy” was one of the very first ones we completed, in late 2019, and it’s the main source of inspiration for the entire album concept. We, as humans never stop trying to define and fight our enemies, who sometimes are no more than our own emotions, fears and hopes. This album is about the new better person that emerges from this never-ending process and we sincerely hope you’ll enjoy it as much as we do!”

If you missed it, the video for leading single “Into Flames” is still playing here.

Mislead is an alternative rock band hailing from Athens, Greece. Founded in 2016, they released their debut EP “Glances” in October 2019, which was met with a great response from the audience and the local music press. Their first live shows came shortly after that, helping the band create a fanbase in their hometown. Their influences derive equally from the glorious 90’s and the alternative rock/metal sounds of the 00’s, but with a very special unique signature sound of their own. Expect their forthcoming full-length album titled “Find Your Enemy” this summer.
Follow Mislead
FB: https://www.facebook.com/mislead.the.band.athens
IG: https://instagram.com/misleadtheband
YT: https://bit.ly/mislead_youtube
BC: https://mislead-theband.bandcamp.com