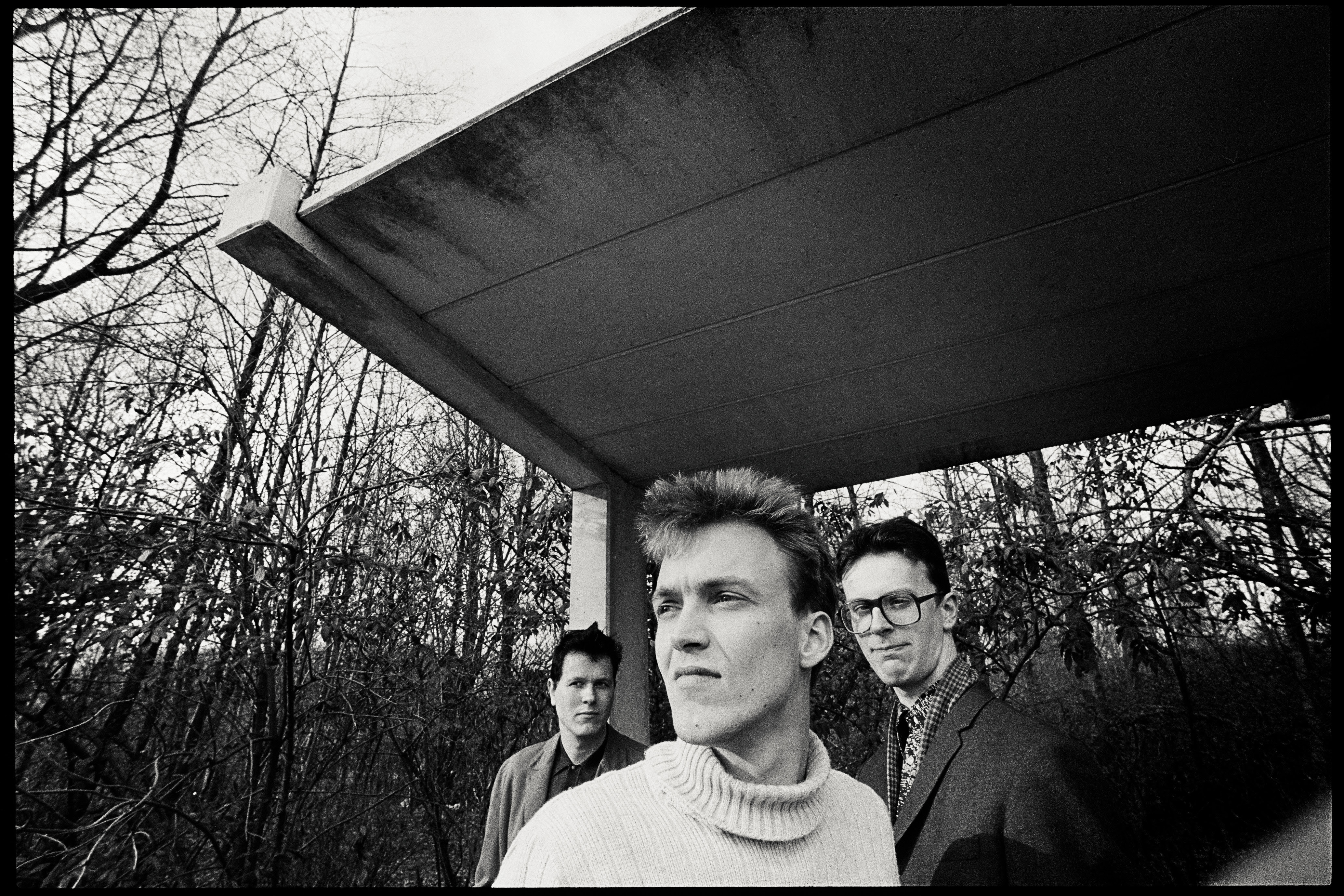 Minny Pops will celebrate the 40th anniversary of their album ‘Sparks In A Dark Room’ with a special ‘40 years and 40 days anniversary night’ at London’s Paper Dress Vintage on 29 June 2022.

The one-off show will see the Dutch electro pioneers perform a 44 minute assault of classic songs, performing 8 minute versions of tracks from their second studio album.

Minny Pops will also be joined on the night  by Finnish electronic music duo Pihka Is My Name, and cyberpunk pop-star Huxlxy will also bring his blend of melancholic pop and villainous lyrics to the celebrations.

Formed by vocalist and band leader Wally van Middendorp in 1978, the experimental group borrowed their name from a primitive Korg drum machine and their approach from conceptual art at its most mischievously off-kilter. Their association with the legendary Manchester label Factory Records, which began in 1980, would see them produced by Martin Hannett, tour with Joy Division and New Order, and become the first Dutch group to record a legendary Peel Session.

Regrouping in 2012, van Middendorp and colleagues performed their first live shows since 1981, touring the UK, the Netherlands and Belgium, and recording their 7” single “Waiting For This To Happen” at the behest of Tim Burgess for his label O-Genesis.

In 2014 their acclaimed album ‘Sparks In A Dark Room’ and the band’s debut long-play ‘Drastic Measures, Drastic Movement’, were re-released via Factory Benelux with added live recordings as bonus content.

Based in the UK since that year, Minny Pops are now operating as a collective with a cast of global collaborators hailing from London, Austin, Bucharest, Rotterdam and Los Angeles.

Embracing both the world of motoric cool and a cheeky approach to experimental performance, Minny Pops’  live shows are unexpected and invigorating. Songs were reinvented for stripped-down gigs in London, whilst a heavy minimalist live set was showcased at gigs in Brussels (La Botanique) and Leipzig (Gothic Treffen Festival) in 2016.

Performing at a John Peel celebration night gig at Manchester’s Soup Kitchen, Louder Than War wrote of the group:

“They display a wonderful enthusiasm and wilful eccentricity that is powered by their hypnotic music that still has the DNA of that Factory Records sound — the reception and the pulsing power as you are pulled into their web of sonic intrigue.”

Recordings and releases in recent years have been sporadic, with the ‘Waiting For This To Happen’ remix EP and single “Slow Car Fast Car” released in Autumn 2019 by Blowpipe Records. The  ‘Dat Dead Dad Dog’ were then recorded in Austin and were released in May and June 2020. In November 2021, Minny Pops went into the studio to record six new songs which are currently being mixed, with an album of new material due for release later this year. 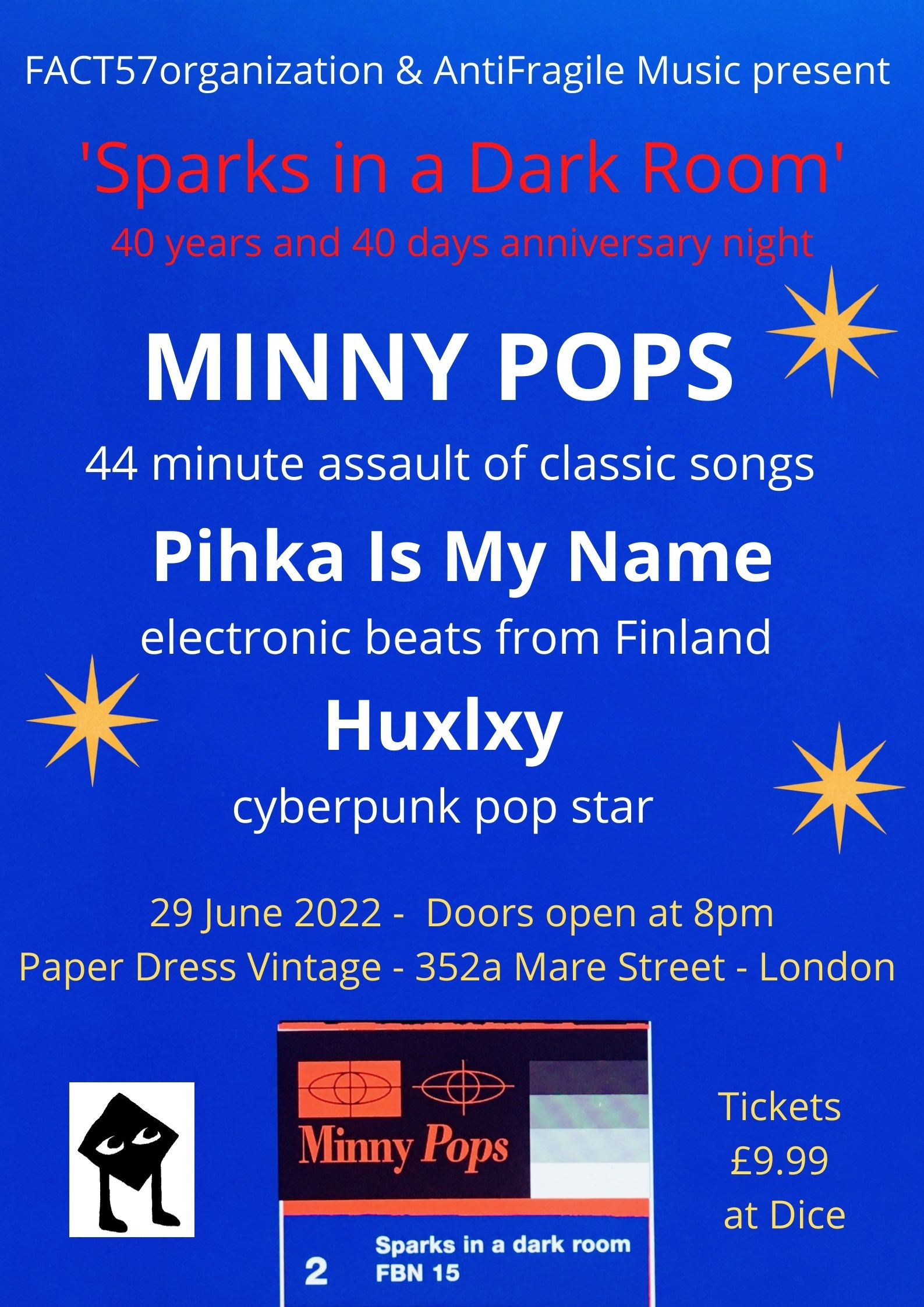 ’Sparks in a Dark Room’