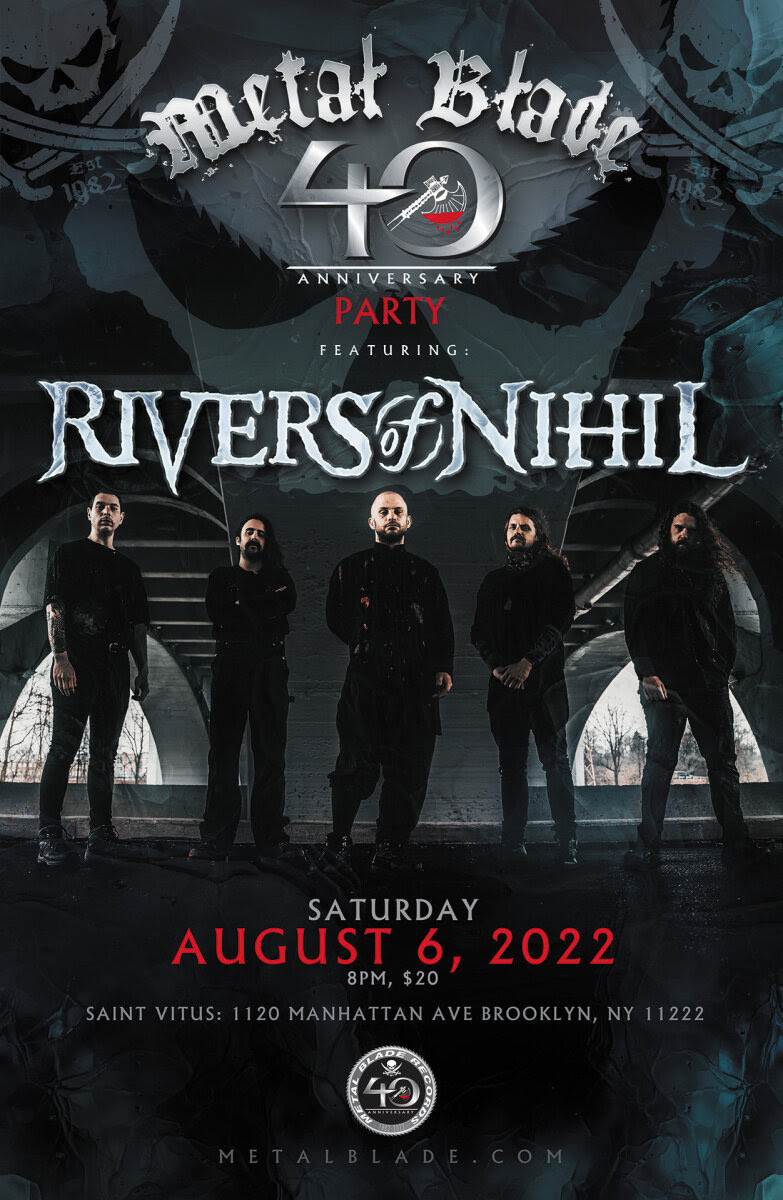 Only a limited number of tickets will be available to the public! 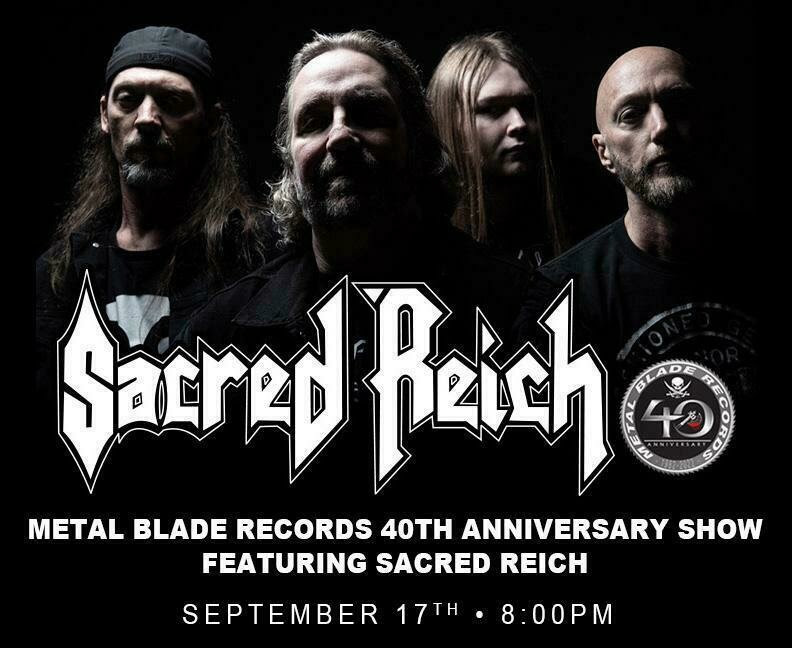 “We are excited to celebrate 40 Years of METAL BLADE with 3 shows. Two in Las Vegas and one in New York! More details coming soon. Also we will open the METAL BLADE Museum to the public very soon as well!” Founder Brian Slagel

SACRED REICH, an integral part of the thrash movement still churning out classics on Metal Blade, tops the bill on September 17 th at The Space in Las Vegas. A Metal Blade Records 40 th show at the Las Vegas House Of Blues on October 5 th will feature a major headlining act to be announced later this summer.

At each of these events celebrating the label‘s history, Metal Blade will raffle 40th-anniversary swag bags. Fans can purchase celebratory shirts and other merchandise, including the “decade” themed tees launched alongside the Metal Blade 40 th Playlists, collected here:

Las Vegas is the site of the METAL BLADE MUSEUM, a specially curated exhibit stocked with timeless memorabilia and artifacts spanning the label‘s history, from 1982 through the present day.

Check out Part 1 of a special video tour of the Metal Blade Museum right here:
https://www.youtube.com/embed/Xj8neZlBP8M

The Metal Blade Records 40 th -anniversary celebration kicked off earlier this year with a flurry of activity centered around the label and the extreme music community it represents. Earlier this month, Metal Blade Records was the main sponsor at Decibel Magazine‘s Metal and Beer Fest in Philadelphia, headlined by one of the most important death metal bands in history, Metal Blade‘s own CANNIBAL CORPSE.

A 40th-anniversary edition of the Metal Massacre compilation, featuring all of the songs from the original first and second pressings, quickly sold out 2000 copies on clear vinyl through the Metallica website. A Ruby Red-colored vinyl variant, limited to 5000 copies, is available at www.MetalBlade.com/40thAnniversary

The ’80s and ’90s-themed shirts can be found at https://www.IndieMerch.com/metalbladerecords/g/2119. New shirts celebrating the following two decades will be announced later this year.

Founded upon owner Brian Slagel‘s enduring drive to find great bands and get their music out to as many people as possible, since 1982 Metal Blade has brought wave after wave of powerful, innovative, and often genre-defining music to the ever-hungry metal masses. It is this ethos that has seen Metal Blade build up a stunning and diverse catalogue, weather the various storms facing any independent label, and in an age of declining record sales boast the most successful years of its existence as it celebrates its fourth decade. Metal Blade Records launched Metallica, Slayer, Armored Saint, Fates Warning, GWAR, Cannibal Corpse, Amon Amarth, Whitechapel, The Black Dahlia Murder, Cattle Decapitation, and dozens more genre giants, shaping four decades and counting of hard rock, metal, and extreme music culture. Brian Slagel worked as a record store clerk when he founded Metal Blade in 1982, reserving a spot for a young Lars Ulrich on his Metal Massacre compilation series. Metal Blade grew from humble beginnings in Los Angeles to become an international powerhouse, selling millions of albums while remaining fiercely independent. In 2017, Slayer‘s Kerry King inducted the label into the Hall of Heavy Metal History. Slagel‘s The Sake of Heaviness: The History of Metal Blade Records arrived the same year.