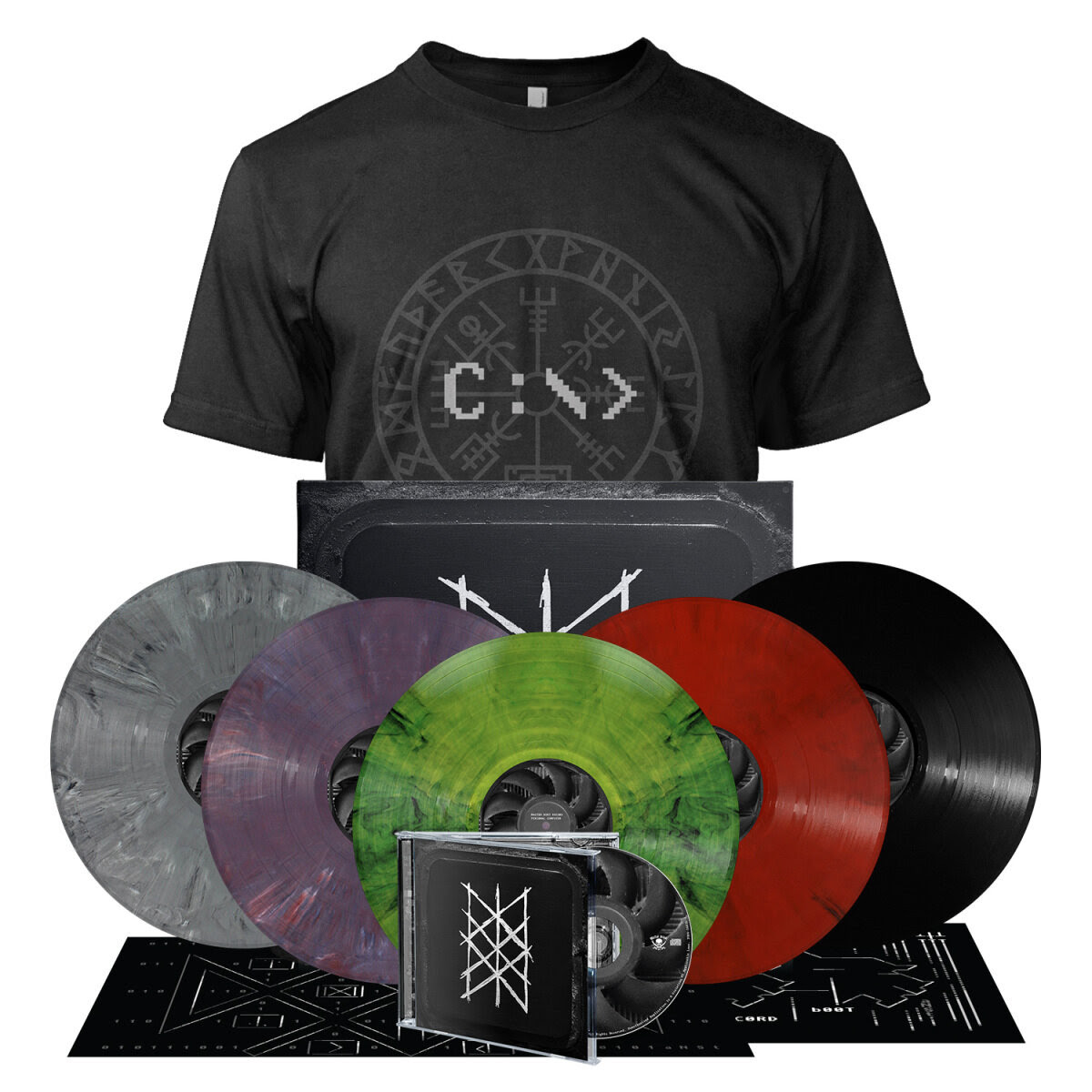 The follow-up to Floppy Disk Overdrive (2020), PERSONAL COMPUTER is Love’s latest offering since emerging as an 8-bit ghost from the bulletin board system (BBS) scene in 2016. Now, he’s returned to right-click on devotees with yet another easter egg and symbolism-rich mélange of intensely ornate yet driving digital orchestrations. Just don’t call PERSONAL COMPUTER synthwave, or whatever new-fangled term is being used to describe MASTER BOOT RECORD’s masterful video game-like scoring. To put it simply: this is metal done with a synth.

“I live stream from my desktop,” says Love, who composes MASTER BOOT RECORD songs on his YouTube channel. “When I have enough material to bundle an album together, I finish it off and prepare it for release. So, it’s a continuous songwriting process. My approach is familiar to me and my audience, and I really enjoy working in an interactive environment. As far as what I listen to, it’s the same stuff as always – from classical music (especially Beethoven and Bach) and thrash/death metal to chiptune music and crack intro/keygen music. I also listen to retro game music. So, in a way, the starting point is still the same. I’ve been growing musically.”

The result, influenced as much by classical baroque music, bay area thrash metal, and Commodore 64 games, is a frenzied mashup of what logic suggests should be disparate sounds, but in the hands of MBR make sense, taking the listener in unexpected and always thrilling directions, smashing through genre walls.

“A unique take on metal by completely digitizing it and turning it into something different, grand, epic and pretty brutal” – DEAD RHETORIC