Joyce Manor Teams Up With Best Friends Animal Society In New Music Video For “Did You Ever Know?”

“DID YOU EVER KNOW?” 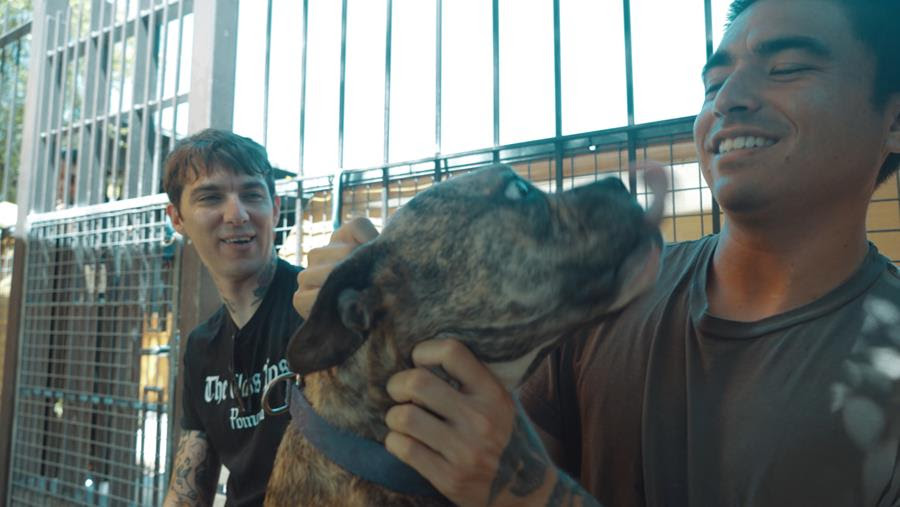 “The Torrance, Calif.-born band has surfed the waves of pop-punk notoriety since its 2012 debut, but still has a charming, small-artist kitsch about it.” – NPR Music

“At his tamest, Johnson still howls his songs with grit and conviction, and his bandmates play even the most radio-ready tracks with an anxious vigor.” – Stereogum ‘Album Of The Week’

Today, SoCal pop-punk trio Joyce Manor shares a special music video for their song “Did You Ever Know?” in collaboration with Best Friends Animal Society. From their critically acclaimed new album ‘40 oz to Fresno’ the song’s music video acts as a PSA promoting pet adoption, filmed onsite at Best Friends’ Lifesaving Center in Los Angeles and depicting the band as they tour the facilities and visit with some of the cats and dogs currently in its care. The band of animal lovers also included endearing home footage of themselves with their furry friends at the end of the video. Explaining his personal connection to Best Friends and his experience with pet adoption, bassist Matt Ebert states,

“Adopting my dog Violet from Best Friends back in 2015 was one of the best decisions I’ve ever made, and it has completely changed my life for the better. I’ve wanted to work with the rescue for years, and they were gracious enough to show us around their facility and educate us about everything that goes into their goal of making every shelter across the country a no-kill shelter by 2025. I hope anyone considering a new pet takes the time to consider the major benefits of rescuing theirs!”

WATCH THE “DID YOU EVER KNOW?” MUSIC VIDEO HERE

Best Friends Animal Society is a leading animal welfare organization working to end the killing of dogs and cats in America’s shelters by 2025. Founded in 1984, Best Friends is a pioneer in the no-kill movement and has helped reduce the number of animals killed in shelters from an estimated 17 million per year to around 355,000. Best Friends runs lifesaving programs all across the country, as well as the nation’s largest no-kill animal sanctuary. Working collaboratively with a network of more than 3,800 animal welfare and shelter partners, and community members nationwide, Best Friends is working to Save Them All®. For more information, visit bestfriends.org.

40 oz. to Fresno was released on June 10th via Epitaph Records and has seen acclaim in publications such as Pitchfork, FADER, Brooklyn Vegan, New York Times, Consequence, NPR and more. Produced by Rob Schnapf (Elliott Smith, Tokyo Police Club, Joyce Manor’s ‘Cody’,) mixed by Tony Hoffer (Beck, Phoenix) with Tony Thaxton of Motion City Soundtrack on drums, a sense of liberation lies at the core of this project. It’s strangely fitting that the title was taken from an auto-corrected text message about Sublime. Those types of happy accidents are all over 40 oz. To Fresno and are worth the subsequent sonic hangover.

Joyce Manor’s North American headline tour dates begin August 3rd in Denver, Colorado and conclude on August 27th in Phoenix, Arizona. They also are headlining an arena concert at The Long Beach Arena on January 7th, 2023 with PUP and Jeff Rosenstock as support. 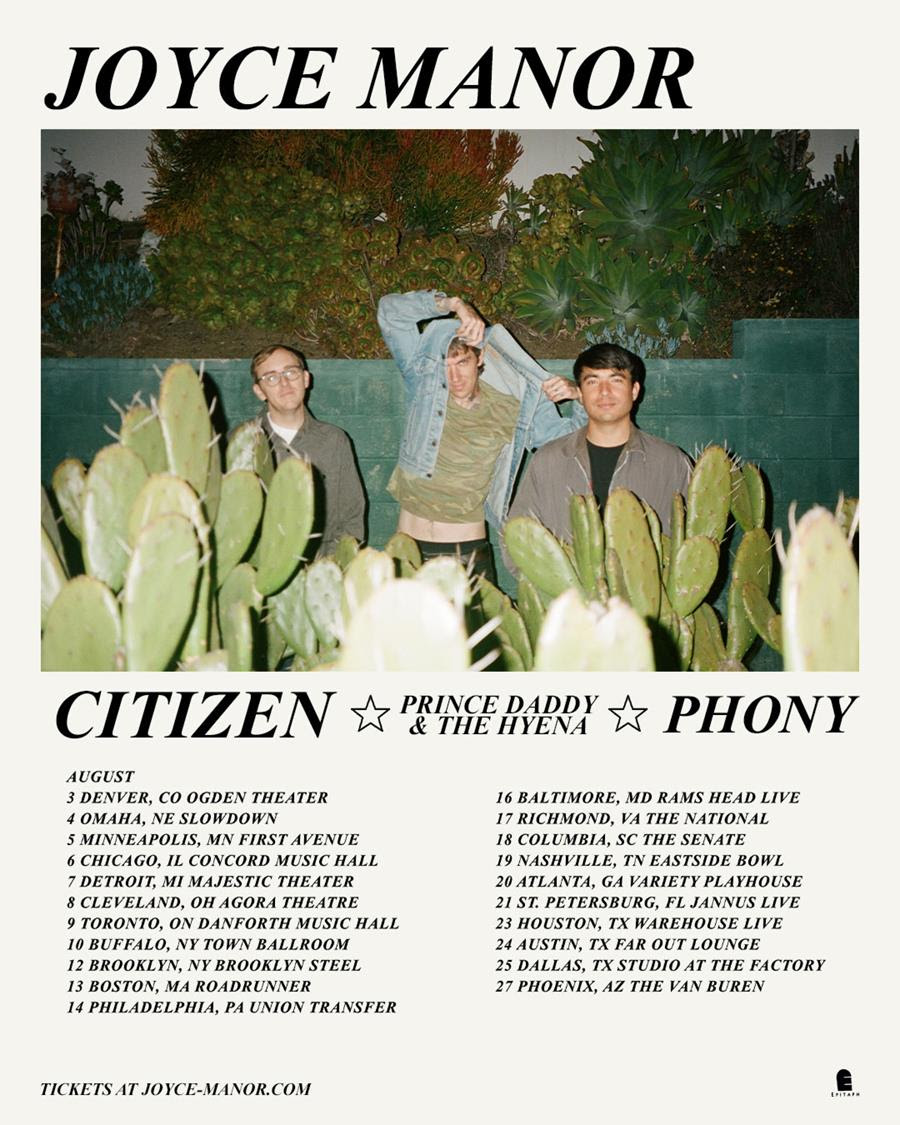