“Twas the night before Christmas when all through the house, not a creature was stirring, not even a mouse.

Well, that’s a lie, on this pre-Christmas eve and the Islington 2 is packed to the brim full of death metal lovers.

Who do we have to thank for the last showcase of the cream of the crop of UKDM? Ingested! They have painstakingly chosen two of the best current death metal bands of 2022 to support them on their last 2 shows of the year. The oozing cavernous Celestial Sanctuary & The fun-loving brutal death metal brutes in Party Cannon.

As the doors open & people start to file in there’s a lovely crowd for tonight’s opener Celestial Sanctuary. I will always praise this band. To me, they are flying the flag highest for UKDM. Having the chance to see them more than a few times in 2022 & seeing them at this show tonight is a lovely closing chapter & also the new beginnings as they will be huge in 2023.

Opening with the always pummeling & eerie “Suffer Your Sentience”. The band sounds more beefy than usual thank you for the on-point sound man!

Smashing out the classics “Wretched Habits” & “Rid The Gormless”, Celestial Sanctuary is a very oiled well machine. Seeing a few of the audience members start off quite subdued then a few songs headbanging like crazy is such a great thing to see. A fantastic response to one of the hardest-working bands in the underground.

“Trapped Within The Rank Membrane” a new single that will feature on the band’s next album fits nicely into their now-standing repertoire but adds that nice little hit of something else to break up the set. Moments of black metal meets Morbid Angel this track is a preview of what the band has in store for the next release & call me bloody excited!

Bringing things back with the big arse riff “Soul Diminished” shows the band’s unstoppable right now. Drummer James & bassist Jimmy play hard & look like they are having a ton of fun. Well as guitarist Max throwing himself around the stage screaming at the crowd getting them pumped up. And not forgetting frontman & main genius Tom’s wretched screams echo within the club as his face contorts in hideous ways while screaming “SOUL DIMINISHED”. The band are on fire tonight, gaining some new fans & closing the books on their fantastic 2022.

Now for the chance of vibe with the sensational Party Cannon.

Whenever Party Cannon is in town you know they will be slams, inflatables & some hijinks.

After raiding Santa’s grotto the band hit the stage adorned in The Grinch mask, sexy elves costumes, a scotting anorexic Santa clause & Daryl from Scordatura in full suit covered in christmas related print…. So you know these guys like to have fun.

Starting the set with my favourite PxC track “Duct Taped to a Flag Pole” which features one of the best slams in recent years (full on Internal Bleeding / Dying Fetus vibes) the boys know how to get the party going. With only a few bars played the beach balls, blow up lightsabers & tons more are flying in the air! (which the bar staff wasn’t happy with” party poopers ha!)

“Soft, White, Gelatinous Body” which is always a fans favourite sees the white inflatable whale make its appearance. As the riff kicks in the crowd turns into a frenzy of moshing & slamming. Party Cannon pits are always dangerous yet hilarious.

Ending one of the best sets the band have played in recent years with “We Prefer the Term Living Impaired” gets the crowd into one last crazy state. There’s one thing you can’t stay about PxC is that their fans aren’t devoted. Another great set of the night & it’s always great to see these scotts destroy a venue.

Now one thing in years of concert going I knew I would hear a band’s entrance music be from the Home Alone soundtrack but as the lights dim & the venues start to feel festive Ingested take the stage.

Smashing into “Rebirth” the band are at 100% all cylinders firing tonight. Even as vocalist Jason wears a Nightmare Before Christmas jumper there is no stop & the brutality Ingested always brings to the night.

Showcasing tracks from the band’s discography “The List” from one of the most recent albums has been on the best live songs i’ve seen the band perform. Earlier in the summer when the band supported Dying Fetus the track slayed then & tonight it’s even 10% more brutal.

Now for my favourite Ingested track “Invidious”. I really hope this is always within the band’s set list as it’s a great halfway point of their set. A bouncy & can i say fun track. A total headbanger that I always love to hear live. Also a track that just proves that drummer Lyn Jeffs is one of best in the game. His double kicks are just outrageous.

Closing out the night Ingested have treated the fans to something very very special. Two absolute early classics “Copremesis” & “Skinned and Fucked”. Both tracks the band haven’t played for sometime so getting to hear the band play these is fantastic. Now seasoned musicians these tracks are even better slam masterpieces then they were in 2009 when they were written. Such a high point the band landed on as they call it a night.

Tonight’s show was the perfect way to close out 2022. Full off heavy dirty riffs, inflatables & classic tracks to bring up all those old warm fuzzy feelings! That’s what Christmas is about right? 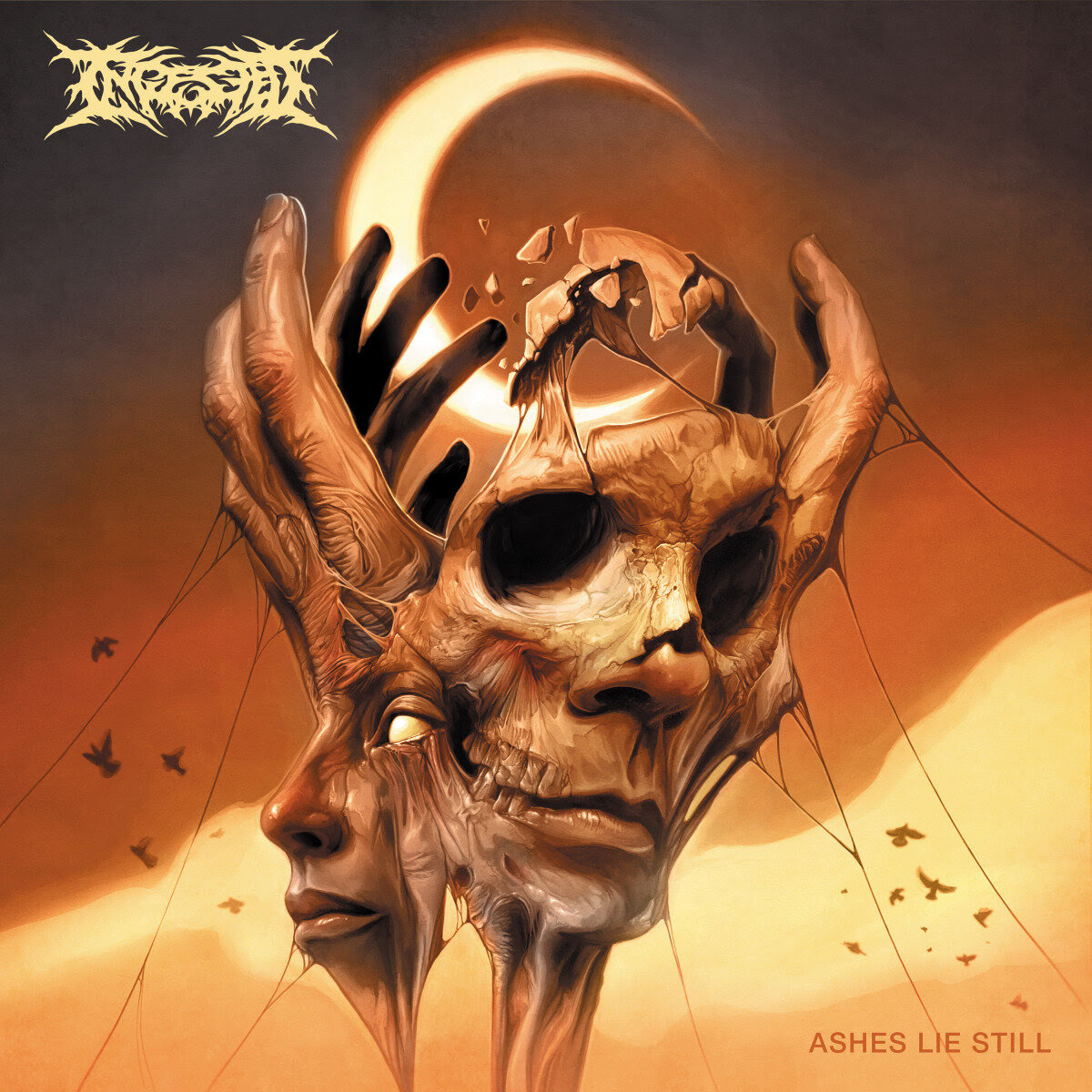 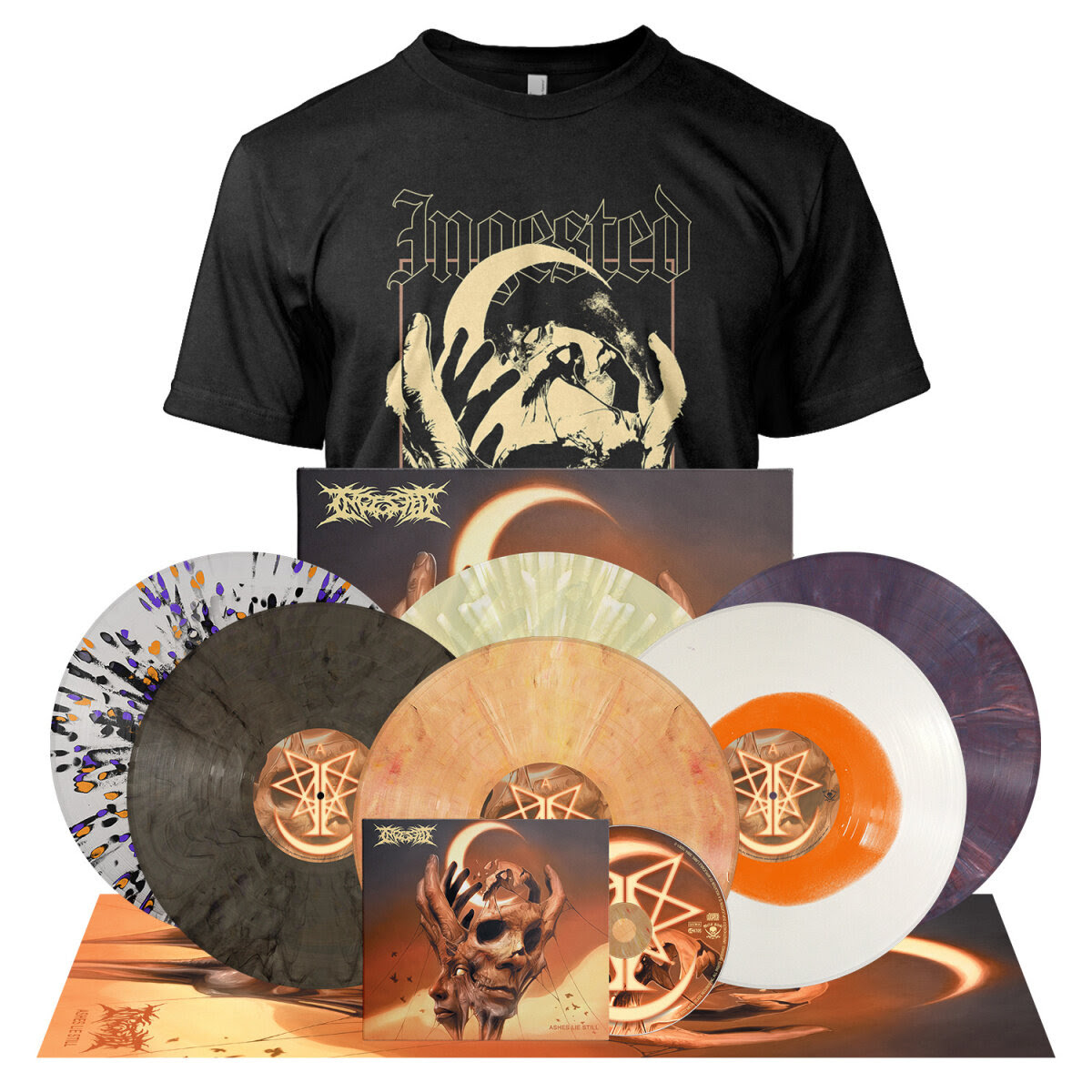 To mark this momentous occasion, the band has shared the video for “All I’ve Lost.” The song + video feature Trivium’s Matthew K. Heafy. watch it HERE