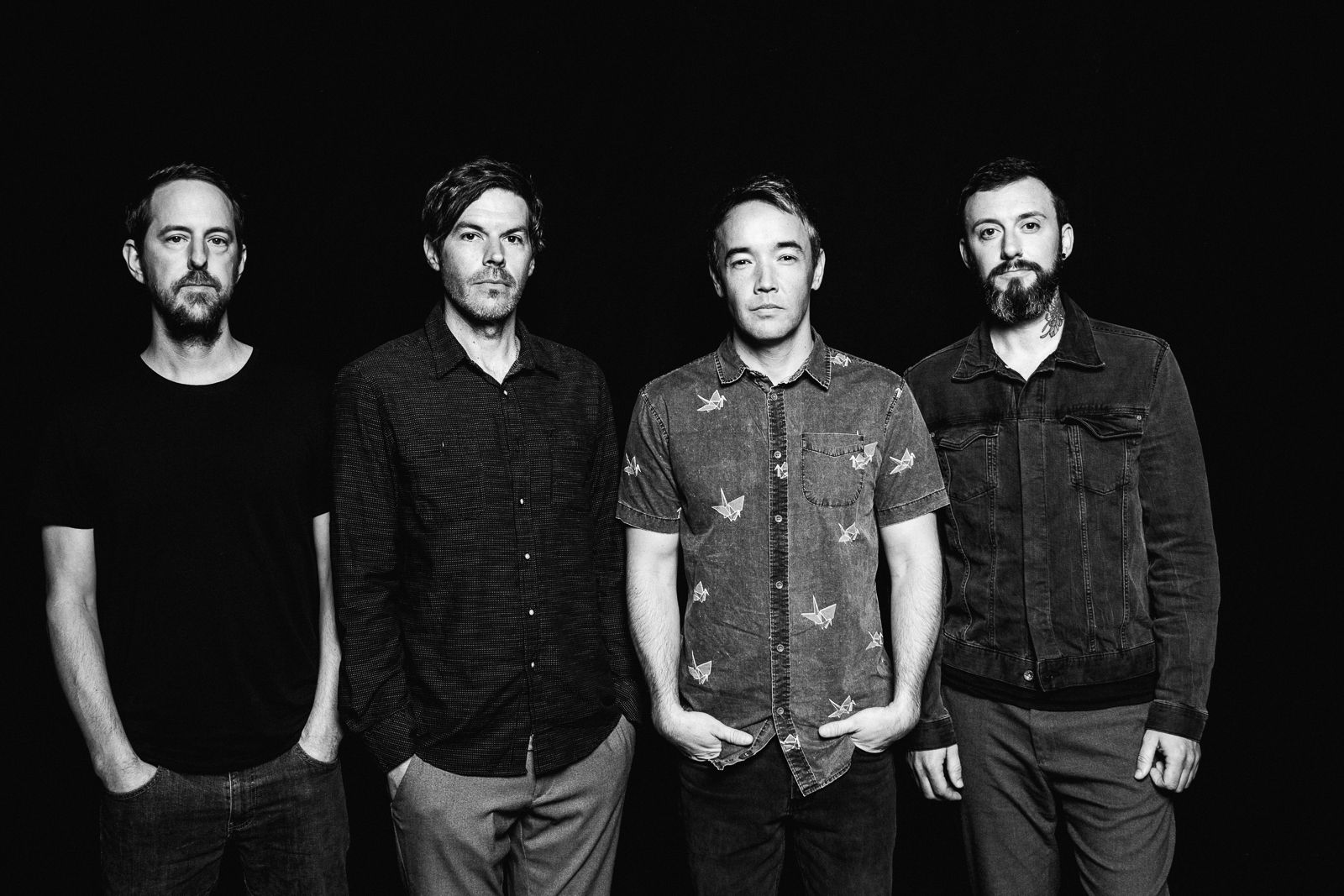 As Hoobastank looks back on putting together the final touches on their debut, self-titled album, Hoobastank, the guys immediately felt like there was a different vibe to “Ready For You,” “Up and Gone,” and “Hello Again” amid other fan favorite tracks. With a day or two left in pre-production, Dan Estrin came to vocalist, Doug Robb, and drummer, Chris Hesse, with a guitar idea, despite the fact that they were basically done with the album and ready to head to the studio to start recording. That guitar idea turned into “Crawling in The Dark,”  the iconic song with a killer guitar intro that launched Hoobastank into global superstars.

“I took it home and I think the next day literally I had all the melodies and lyrics written,” shares Hoobastank vocalist, Doug Robb. “‘Crawling In the Dark,’ for me, was the only song that I ever remember us writing and recording and being like ‘that’s the single.’ All of us right away were like that’s going to be the first single” adds Hoobastank’s drummer, Chris Hesse.

Two decades later, Hoobastank is still clocking in at 7M monthly listeners on Spotify and “Crawling In The Dark” has surpassed the 100M streaming mark across DSPs. The band’s 2003 follow up studio album The Reason took them to even greater heights and solidified Hoobastank as a household name. The title track “The Reason” went 4x RIAA Platinum and racked up quite a few #1 chart positions along the way, while the album went 2x RIAA Platinum. “The Reason” has over 2 Billion streams/views which has helped lead the way to the band’s catalog surpassing the 3 billion mark across the various streaming platforms.

Hoobastank continues to hit career milestones as the official music video for “The Reason” recently crossed 900M views on YouTube.

with Alien Ant Farm and Kristopher Roe of The Ataris

* Alien Ant Farm will not be on this date.

+ Only Hoobastank and Lit