LONDON’S THE UNDERWORLD THIS DECEMBER 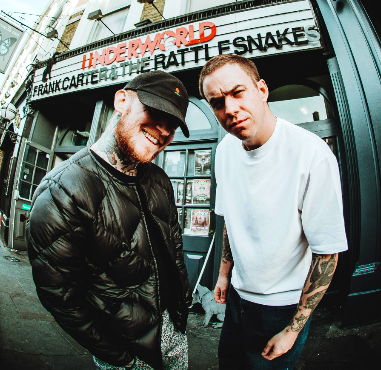 Punk rock & roll heroes Frank Carter & The Rattlesnakes have released their brand new single ‘Parasite’, out now on AWAL. The new track comes hot on the heels of the band’s recent collaboration with indie icon Jamie T ‘The Drugs’, and received a ‘Hottest Record’ premiere last night on BBC Radio 1’s Future Sounds with Clara Amfo. ‘Parasite’ observes the toxicities of modern dating and showcases the band’s aptitude for melody, while capturing the raw punk energy synonymous with the Rattlesnakes.

Speaking on the track, Frank explains: “‘Parasite’ was conceived on a particularly brutal trip to the seaside where both Dean and I were in a difficult time in our lives and feeling low. It rained for a week straight and I visited Beachy Head every day and I walked the beaches below the cliff and stared at the sea. I spent hours on the phone to various friends around the world and listened to their relationship problems but I had no words of comfort, no solutions to find. Instead, I just listened and I soaked it up. The collective witnessed horrors of the worldwide dating pool seemed to mirror experiences closer to home. On the last day of the trip at midnight I began writing and by 3am a new Parasite had been discovered.”

Alongside the new track, the band are excited to announce a three-night residency at The Underworld in London on 6-8th December 2022. These underplays will offer fans a rare chance to see the Rattlesnakes in an intimate live setting at one of the venues they first cut their teeth in. Having already proven themselves as worthy arena headliners following their career-defining show at the iconic Alexandra Palace and rounding off a long summer of huge festival bookings, the Rattlesnakes are paying homage to their roots and supporting grassroots venues.

Frank says: “The Underworld is a legendary London venue; I grew up going to shows there as a kid and saw some of my favorite bands play shows there that changed my life and shaped who I was as a performer. From playing there with Gallows in 2005, to playing Pure Love’s final show there in 2014 and then selling it out a year later with Rattlesnakes, it feels fitting to return to one of the greatest punk rock and metal venues not only in London, but the world to close out 2022 and round off a month of gigs with Rattlesnakes.”

Fans can sign up for pre-sale tickets from now until 8am on Wednesday 2nd November at https://fctr.ffm.to/underworldsignup.

The pre-sale starts from Wednesday 2nd November at 9am.

General sale starts on Friday 4th November at 10am. Tickets can be purchased here.

Fronted by the duo of singer Frank Carter and guitarist Dean Richardson, Frank Carter & The Rattlesnakes are the very definition of a modern rock band, both artists as well as musicians – Richardson with his design studio Yuck and Carter, a  well-known tattoo artist. They even created their own card game, Halves, which successfully launched on Kickstarter this summer.

The arrival of 2021’s Sticky heralded The Rattlesnakes’ return to the stage, where they are widely considered one of the best live acts in the country and celebrated as much for their punk ethos and focus on inclusivity as Frank’s irrepressible stage presence. With more new music and live shows on the horizon, the duo are showing no signs of slowing. 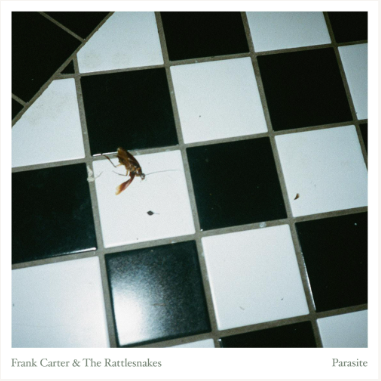 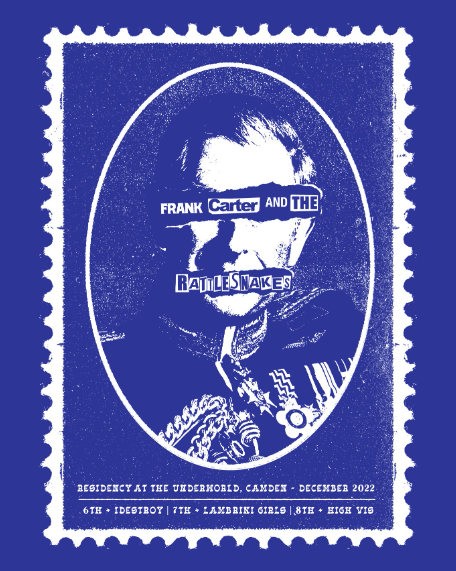