PLUS, UK HEADLINE DATES THIS SEPTEMBER “The best voice in rock this side of the Atlantic.” – The Sunday Times
“MacFarlane belts out hard, driving sounds with catchy-as-hell lyrics and rhythm.” – Rolling Stone
“The former Apollo 440 / Grim Northern Social frontman channels his inner Tom Petty to excellent effect.” – Classic Rock
“A mesmerising live act and decidedly the best the country has to offer.” – Music Week

“Go and see the Snuts on your own!”

Forged in the fires of a blazing bust-up, EWAN MACFARLANE returns with the incendiary new single: “Won’t Stop Burnin”.

A cut that’s as intensely fiery as it is darkly funny, the latest from the former Apollo 440 / Grim Northern Social frontman finds him recalling a couple’s row to end them all.

Set on a hot September night as he and his wife Jo made their way to a Snuts gig in Glasgow, “Won’t Stop Burnin” takes the listener inside the pressure-cooker climate of the confined car ride to the venue, as simmering tensions finally hit boiling point… As Ewan remembers:

“One thing led to another, and we ended up having a massive barney. Taking none of my s**t, when the car stopped at the traffic lights outside the subway, she jumped out the car in the middle of the road, told me in no uncertain terms to go f**k myself, and to go to see The Snuts on my own. She then hopped onto the subway to make her way home. This is the story of that night.”

A song ultimately about the illogical arguments even the strongest partnerships can find themselves in; it’s a tale of seeing-red and redemption, romance and rock’n’roll. Set to a tune of ragged, raucous heartland rock that ripples with a highland spirit; “Won’t Stop Burnin” is an endearingly relatable addition to the Macfarlane songbook that finds him delving honestly into a side of relationships familiar to all of us, but where most other songwriters would undoubtedly fear to tread.

Arriving with a stylish official video, the visuals for “Won’t Stop Burnin” loosely mirror the events detailed by the song and capture the untouchable ambience of Glasgow on a warm summer’s night. Watch the video here: https://youtu.be/agbexTIxoPw

“Won’t Stop Burnin” follows the release of Ewan’s recent singles “Tangled” and “All Those Years”, with the latter two receiving extensive support across the UK, Europe and North America, with Amazing Radio, Backseat Mafia, BBC Radio Scotland and Rodney Bingenheimer among the many media outlets championing Ewan’s work. All three of the tracks will appear on Ewan’s upcoming second album ‘MILK’, which is confirmed for release on 28 October. Pre-save the album here: https://ewanmacfarlane.ffm.to/milk

Ewan’s life is one that has been lived to the max. He was being managed by Bill Curbishley (The Who) when a quick visit to see Apollo 440 in the studio resulted in a creative connection with the group that lasted some 20+ years. Their time together ended when he played his final show with them in front of 30,000 people in Seville. During that time, he won further acclaim with the rootsy rock ‘n’ roll and searing soul of The Grim Northern Social.

After Seville, Ewan re-emerged out of the blue with the Petty/Springsteen style of his highly acclaimed debut solo album ‘Always Everlong’ in 2021. And continuing that prolific solo spell with barely a breather in-between, he’s already preparing its follow-up for release less than a year later: ‘Milk’.

A record that finds an artist pushing himself into new territory and throwing another fascinating curveball, ‘Milk’ is unlike anything Ewan has made before. Fourteen songs ultimately dedicated to his soulmate, Jo; they collectively make for an album that explores love and all of the roller-coaster notions that come with it. As Ewan explains:

“‘Milk’ is a concept album all about the same woman, my wife Jo. I suppose a modern take on a love album, with twists and turns. It’s about  all the highs and lows of love, lust and passion, and one that I believe many people will relate to. For me personally it’s the best piece of work I’ve done to date.  Everything about this record just flowed from start to finish with regards to the process. I’m very proud of the product.”

Nestled amongst songs of love, there are numerous references to Ewan’s other burning passion: music. Referencing greats old and new, from interstellar trailblazers like Ziggy Stardust (“Love & The Lonely”) to Scottish risers The Snuts (“Won’t Stop Burnin’), there’s even a song that pays gentle homage to the genius of Al Green (“When Al Green Sings”). While still rooted in the Americana touchstones of his debut, flashes of The Replacements, Foo Fighters, Arctic Monkeys, Rodriguez, Aerosmith, The Clash and Lucero are all detectable in its heady mix; a testament to an artist with an enthusiasm for rock music in all its eclectic and energising forms.

With his persistent, near-obsessive approach to making music still his driving force, Ewan began writing and recording new material almost immediately after the release of his acclaimed debut ‘Always Everlong’. Honing this new clutch of songs almost relentlessly since, the resultant record, ‘Milk’, was recorded, produced and performed almost exclusively from his Royale Stag studio at home in Scotland. With additional bass parts added by Andy McCafferty, the record was given its final mix by friend and bandmate Ashley Krajewski (of Apollo 440) and mastered by Chris Pavey.

Honest, humbling and often humorous songs that, like love, reveal more the better you get to know them; ‘Milk’ will be released on 28 October 2022, via Royale Stag Records.

“Where ‘Always Everlong’ was an ode to my heroes, like Springsteen, Petty, Fleetwood Mac and Bowie. The new album “Milk” is a bit more edgy, and there’s a lot more soul. It’s very varied and unpredictable with some big changes in the way that some of the songs go.” reflects Ewan of the record. “That’s my favourite thing about being a solo artist. I can do exactly what my mind and heart want to do.”

Currently on tour as a special guest to fellow Scottish rock trailblazers GUN, Ewan will then be joined by his full band for a headline tour of Scotland later this Autumn. Tickets for all headline shows are on-sale now and available HERE. 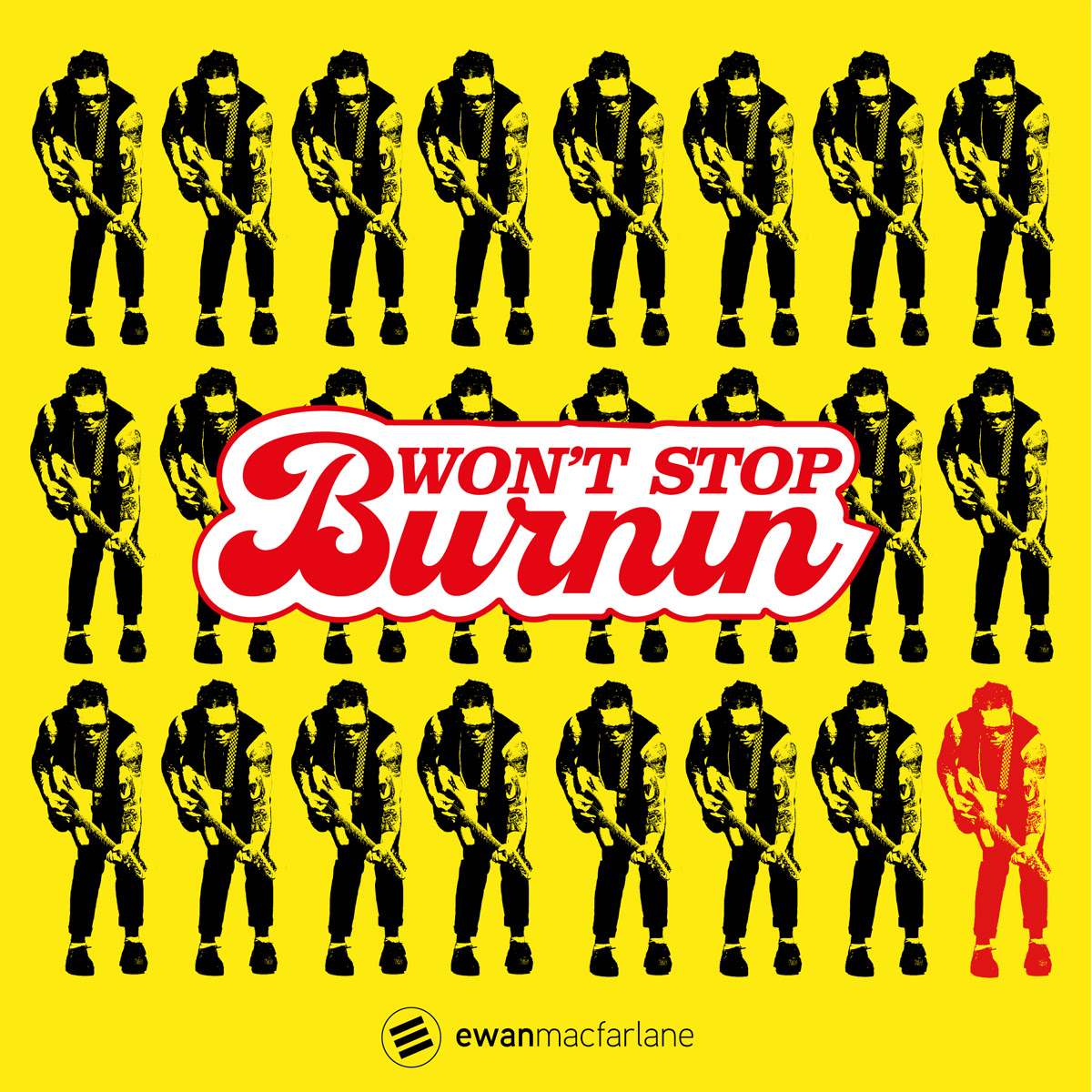 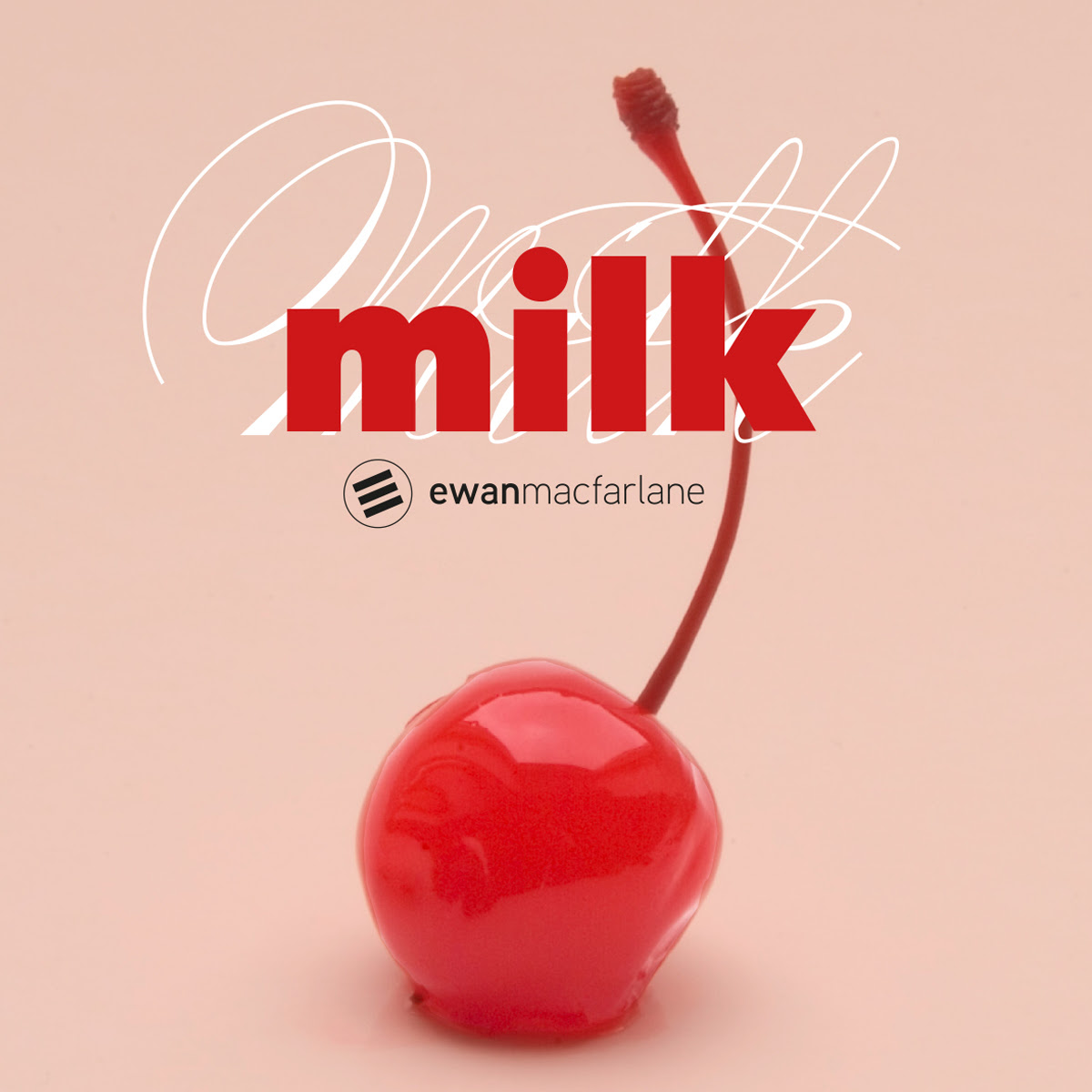