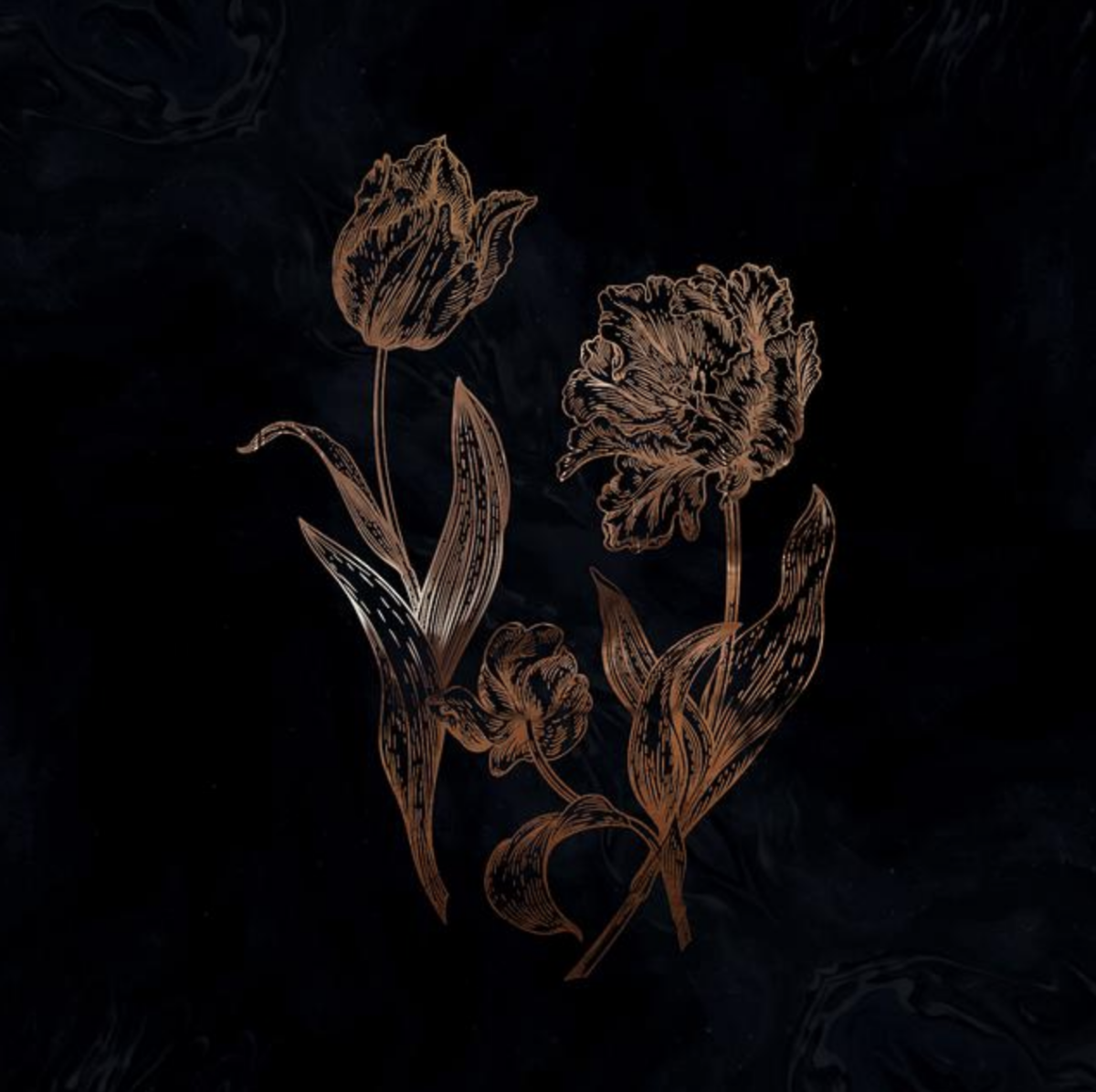 UK’s progressive post-metal outfit DVNE released their seminal second album, Etemen Ænka, which was hailed by fans and press alike around the globe, including “contender for the best metal release of 2021” by Germany’s Fuze magazine. Despite the global pandemic, DVNE managed to play two successful European tours and for the first anniversary of Etemen Ænka, DVNE are delivering a special four-song live performance. The band gave the tracks a new twist with the inclusion of violin and vocals by award-winning musician Lissa Robertson, and additional keyboards from Evelyn May Hedges. Last March, fans watched this performance live on Bandcamp filmed in their hometown Edinburgh, with the help of producer and longtime collaborator Graeme Young, who produced Etemen Ænka and Asheran.

Listen to Cycles Of Asphodel now on all digital platforms via: www.metalblade.com/dvne

DVNE are a band of great contrasts, weaving titanic heaviness and intricate gentleness together, complex lyrical ideas with engaging storylines, and this has only been expanded upon and concentrated on second album Etemen Ænka. “It is a very dense and layered album which will reward multiple listens, and while this is becoming a recurring aspect of our music, we feel that we went further with it this time. It’s also a very polarising album, emotionally speaking. The heavy sections are, well, very heavy, while the clean sections are much more intricate and delicate,” explains the band. Their name is a reference to the timeless sci-fi epic Dune by Frank Herbert, this is very much a genre that they happily inhabit, and is once again reflected in the lyrical content of the record. While wanting to create a universe of their own, they also cover more serious topics related to the society we live in, and while Asheran was very much focused on their relation to their surroundings and the environment, Etemen Ænka focuses much more on social issues and more specifically on inequalities and the human relationship with power. 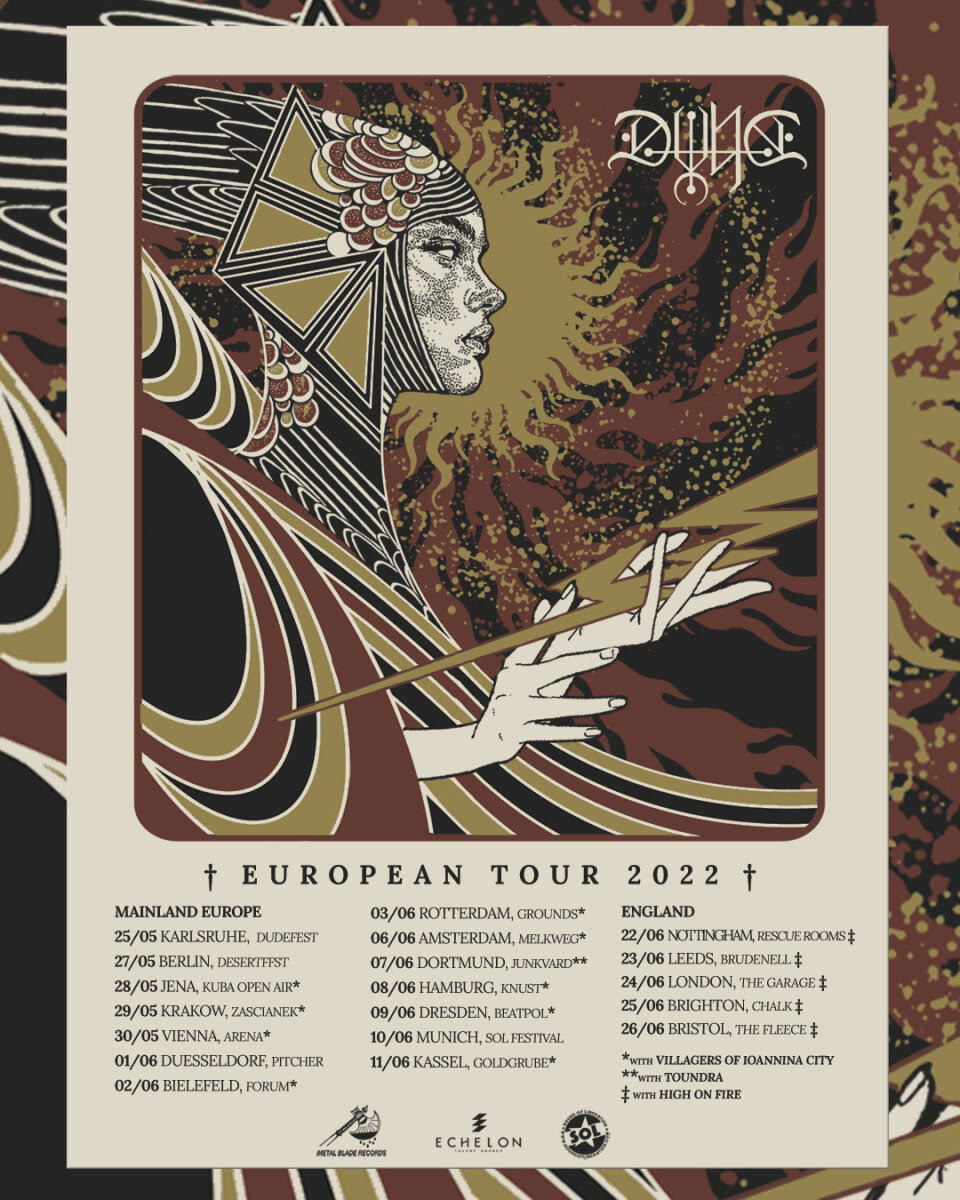 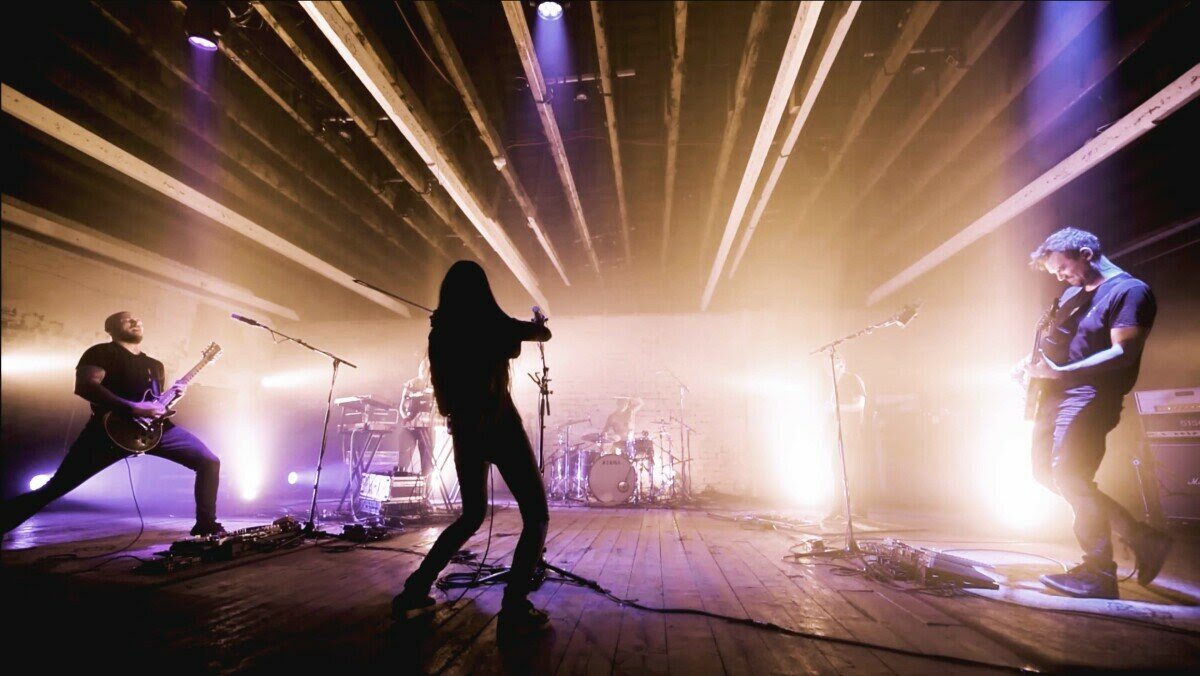 “Climbing and descending between delicate and intricate then brutal and pounding drawn out riffs and guitar solos and minimal vocals is astounding and when delivered almost anonymously behind a darkened hazy red cloud of smoke is truly emotive, crushing, mesmerizing and constantly spine chilling” – CVLT NATION

“A fusion of Crack the Skye-era Mastodon and Dwellings-period Cormorant, with perhaps a dash of Isis/Neurosis thrown in for good measure” – NO CLEAN SINGING