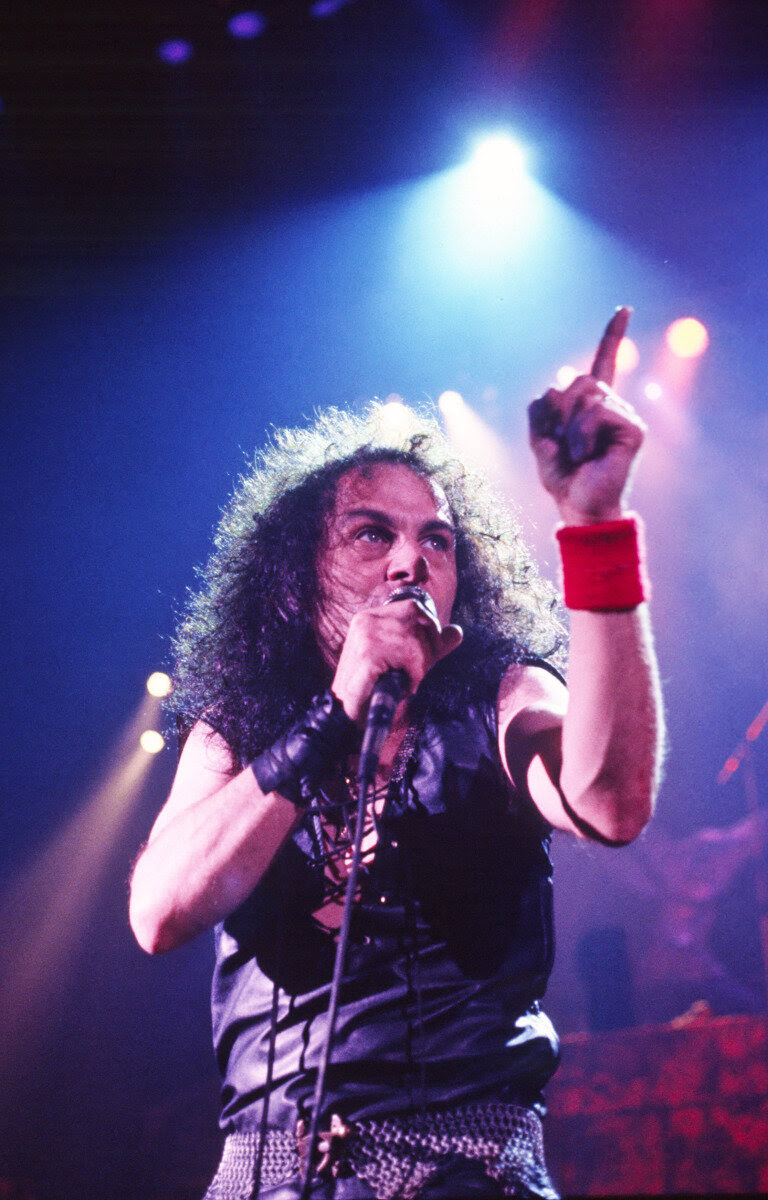 On September 23, 2022 Niji Entertainment & BMG will release two legendary live performances from DIO at the Donington Festival in the UK. DIO AT DONINGTON ’83 captures the original DIO lineup on the HOLY DIVER TOUR and captures a young, hungry band 3 months after the release of their debut album. The set features classic tracks from Ronnie James Dio‘s already amazing career as vocalist for Rainbow and Black Sabbath, alongside soon to be classics like “Holy Diver”, “Rainbow In The Dark”, and “Stand Up And Shout”.

Following three hugely successful studio albums and silver, gold, and platinum certifications around the world, DIO AT DONINGTON ‘87 captures the DREAM EVIL line up, and features such classics as “The Last In Line”, “Rock ’n‘ Roll Children,” and “All The Fools Sailed Away”.

Additionally, both discs contain killer renditions of both RAINBOW and BLACK SABBATH classics, including “Man On The Silver Mountain”, “Neon Knights”, “Stargazer”, and “Heaven and Hell”, among others.

As the singer of Rainbow, Black Sabbath, Heaven and Hell, and his own band, Ronnie James Dio is often considered to be one of rock‘s all-time great vocalists, who sadly passed away in 2010, after battling stomach cancer. However, Dio‘s music continues to connect with the masses – the official Ronnie James Dio Facebook page has over 2.5 million followers, his music on Spotify receives over 3 million monthly listeners, and in the most recent season of the hit Netflix series, STRANGER THINGS, the popular character Eddie Munson sports a large “DIO” patch on the back of his beloved denim jacket.

DIO AT DONINGTON ‘83 & ‘87 is available in both LIMITED EDITION 2LP & CD configurations.
Each features a 3D / Lenticular art print of the cover.
The LP sets feature an exclusive etching on Side D. 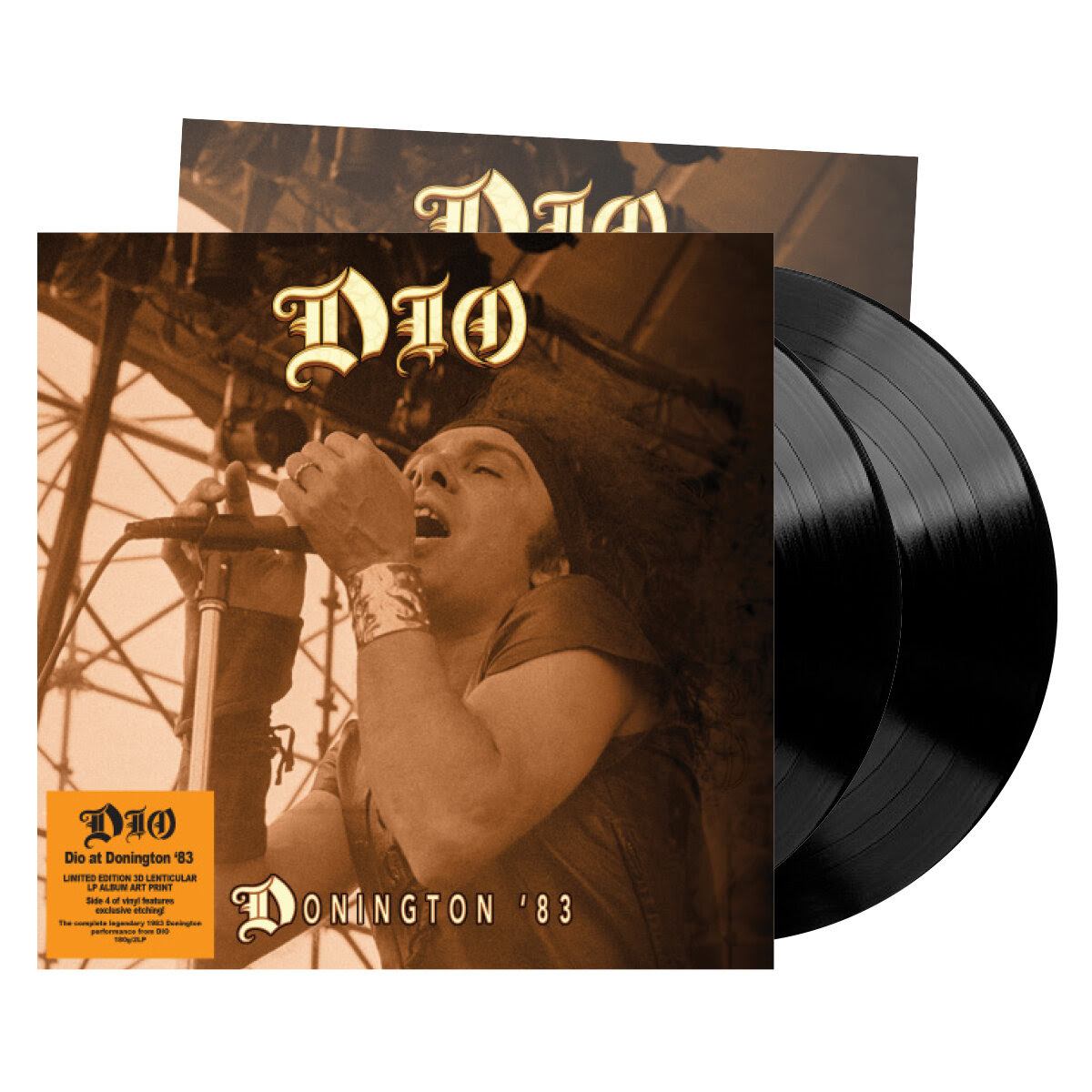 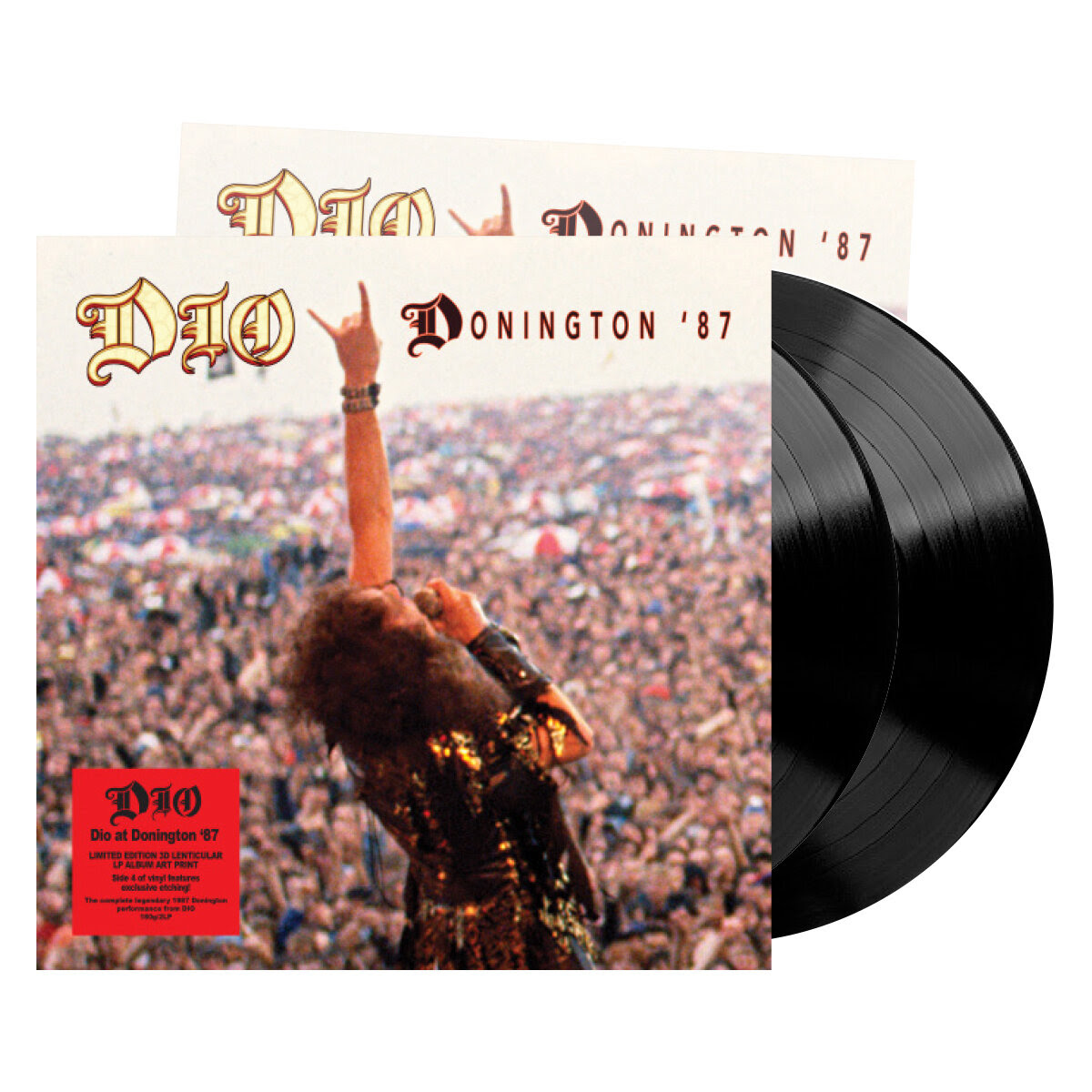