“DEFECTS is a new collaboration of seasoned young musicians, who have spent the last 10 years collectively touring the world under different projects. Having collectively released multiple albums worldwide and spending years on the road alongside acts such as Iron Maiden, Bring Me The Horizon, Shinedown, Disturbed and Bullet For My Valentine, they have come together to deliver an offering of new sound and energy which is truly special. Breathing fresh life into modern Heavy Metal, their songs feature viciously executed riffs with relentless earth shaking grooves, all intertwined with visceral, melodic choruses that are drenched in soul and heartache.”

Fresh off their blistering performance at last weekend’s BLOODSTOCK Festival, UK Metal Newcomers DEFECTS have announced a headline tour of the UK. Kicking off in Leeds on October 11th, DEFECTS bring special guests RXPTRS on the eight date tour.

“After so long of being absent from the music scene it feels great to put on our own headline shows. The last 8 months has been crazy, now we want to make it even more special. The set is packed with new songs and vibes that will make you want to mosh. Can’t wait to see you out there.”

Catch them at the following shows in October 2022:

Tickets go on sale 11am Friday 19th August via https://linktr.ee/WeAreDefects

DEFECTS is a collaboration of seasoned young musicians, having collectively released multiple albums worldwide in their former bands and spending years on the road alongside acts such as Iron Maiden, Bring Me The Horizon, Shinedown, Disturbed and Bullet For My Valentine. They released their debut single “Scapegoat” at the tail end of 2021 and following up with “End Of Days” in March of this year, before hitting the road with IN FLAMES as openers on their UK tour. Having spent the summer winning over more fans via appearances at The Great Escape, 2000 Trees, Download Festival and Bloodstock, the band are well prepped for their headline run.

Check out END OF DAYS 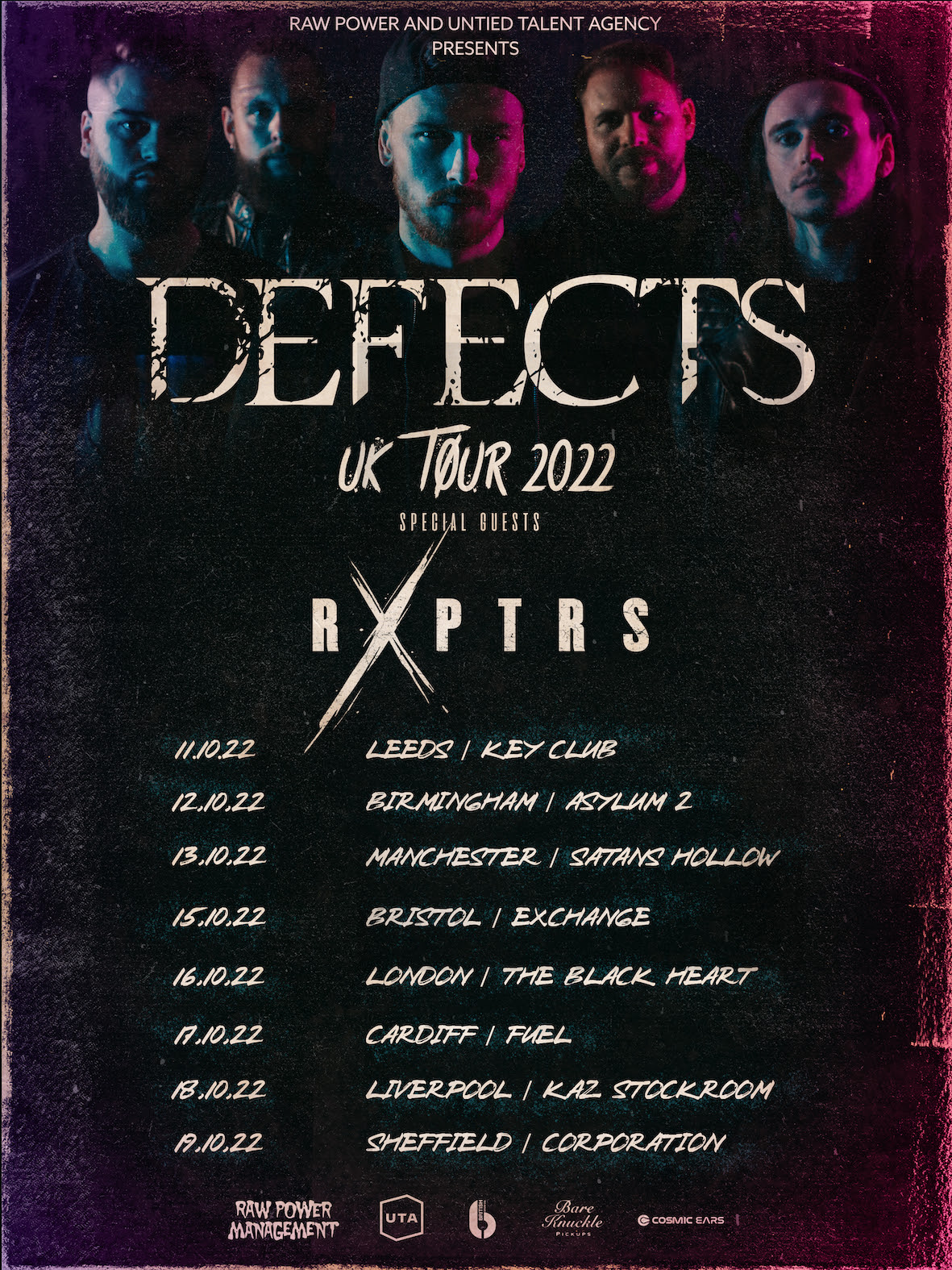