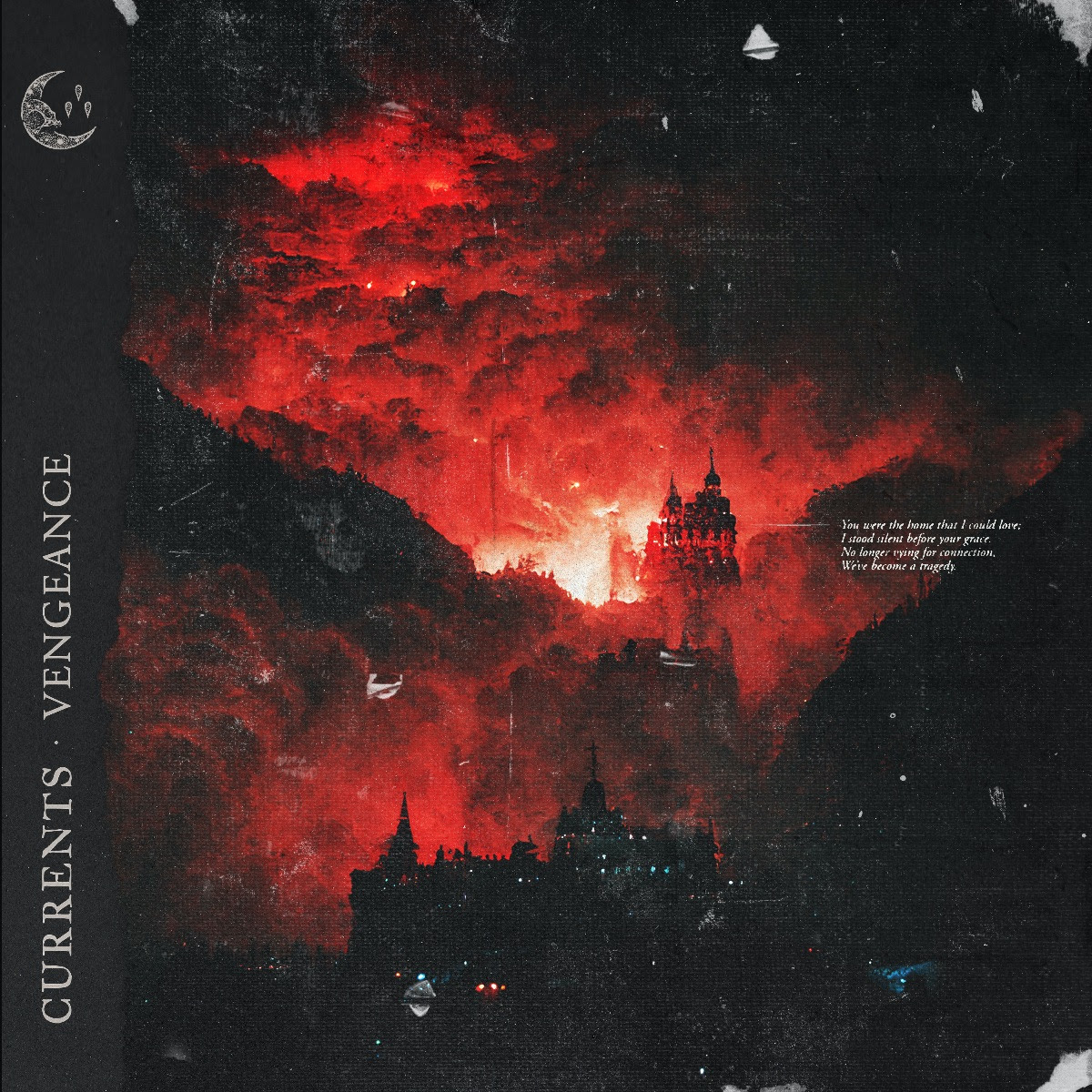 “‘Vengeance’ is the manifestation of pent-up aggression over the last few years since the release of our album The Way it Ends,” says singer Brian Wille.  “It’s becoming disillusioned, taking yourself to places you never thought you’d be, and the rage and despair that comes along with that. It also talks about the desire to let those feelings go and to move forward, but not without digging deeper into that negativity first and exploring the satisfaction that comes with the right revenge…”

“Vengeance” follows the recently released track “The Death We Seek.” Watch the video here. Expect more from Currents in 2023, including a support slot on the Parkway Drive Winter 2023 tour. All dates are below.

However, the band will close out 2022 in a big way — with their holiday hometown show, which takes place Thursday, December 15 at Webster Theater in Hartford, Connecticut. 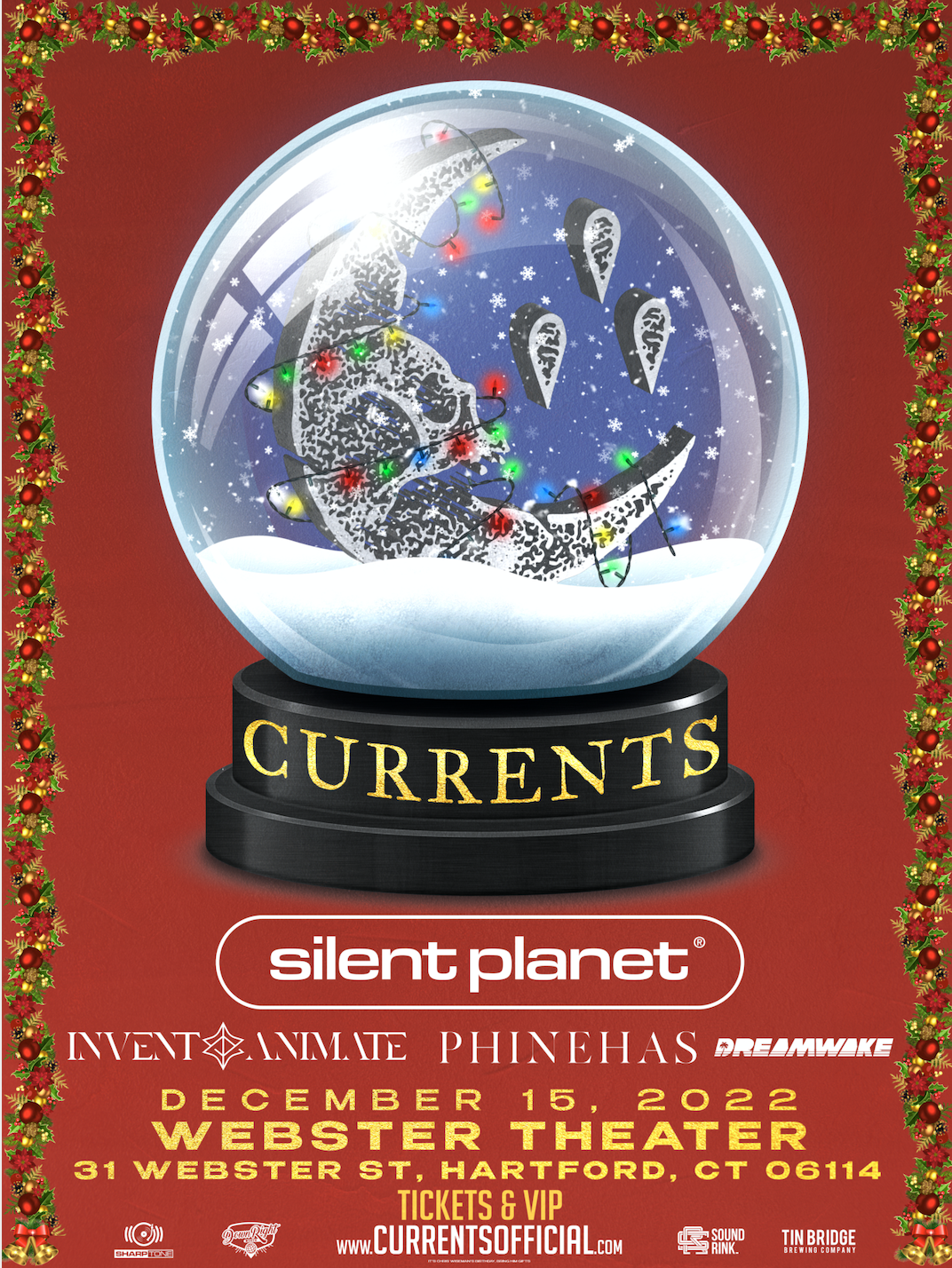 ABOUT CURRENTS:
No stranger to turning a critical eye toward both the external commotion and internal battles that rage deep within the confines of one’s own mind, Currents don’t pretend that life is a bed of well-placed roses. Rather, it has been by way of exploring the realms of our collective tortured psyches and ferociously searching for meaning amidst uncertain chaos that the band has won the hearts of metal fans across the globe; a feat evidenced by 80+ million catalog streams and packed tours supporting the likes of Ice Nine Kills, Thy Art is Murder, August Burns Red, As I Lay Dying, We Came As Romans, Fit For A King, and more. Keen on backing up impactful themes such as heartache, abandonment, personal growth, and responsibility, with technical riffage and emotive atmospherics, Currents’ second full-length album The Way It Ends (2020) saw them connect with their largest audience to date, selling over 6,000 vinyl despite the global touring shutdown, rocketing to No. 2 on the Top New Artist and Current Hard Rock Billboard Charts, and earning glowing praise from prominent outlets such as Kerrang!, Revolver, Rock Sound, and Metal Hammer.The band shared the first new material since The Way It Ends with “The Death We Seek.” Recorded in December 2021 at guitarist Chris Wiseman’s studio in Beacon, New York, Currents once again called upon The Way it Ends/I Let the Devil In producer Ryan Leitru (In Search Of Solace, Like Moths To Flames, WCAR), with Wiseman himself co-producing, and seasoned mix/mastering engineer Jeff Dunne (Wage War, Silent Planet, Make Them Suffer) to help guide the sonic direction of their new track. Together, the team churned out a seething blend of progressive metalcore-laced elements and moody post-hardcore to fuel the fire of Currents’ narrative message. The band followed with the equally corrosive track “Vengeance” to close out 2022.

Biding their time for the right moment to strike, Currents — much like the apocalyptic collapse foretold in their latest single — plow ahead like an unstoppable force, expressing their vision through anguished eyes, pounding riffs, and the powerful desire to lay the groundwork for the plotlines of a larger story still to come.