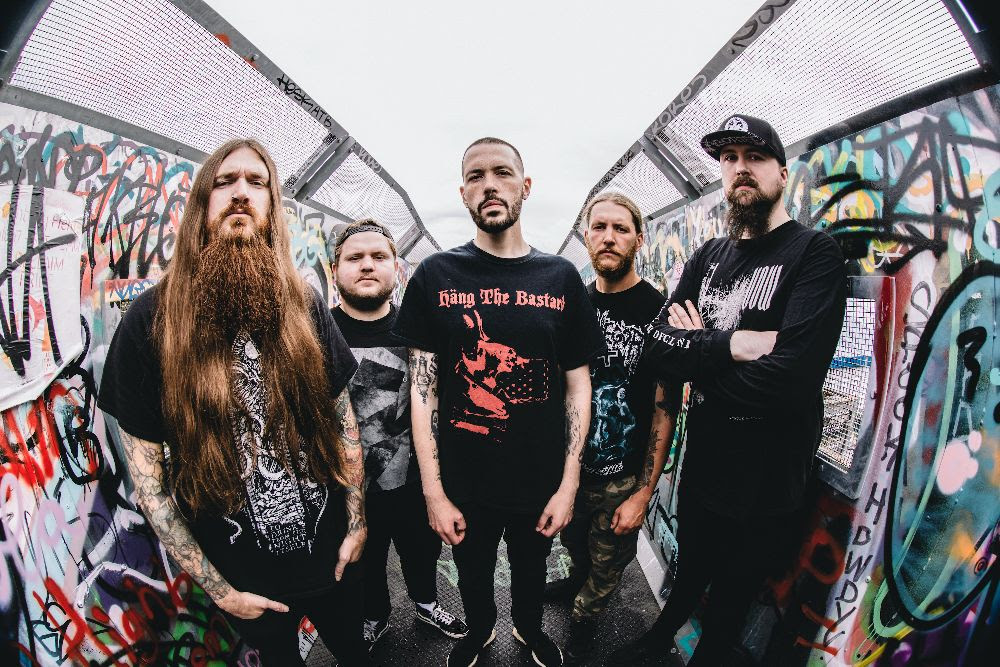 Last month, death-hardcore upstarts CASKET FEEDER dropped their blistering single ‘Vulture Culture’. Taken from upcoming album Servants of Violence, the track was the perfect taste of what this intense five-piece have to offer. Now, CASKET FEEDER are here to present yet another exceptional single in the form of ‘Doomsday Prophecy’, which sees the band set their sights on doomsday cults and their apocalyptic obsessions.

You can watch the video for ‘Doomsday Prophecy’ here: https://www.youtube.com/watch?v=SOu_HaqxSCI

Speaking about the single, CASKET FEEDER say: “Lyrically, the track takes aim at the proliferation of doomsday cults, with their apocalyptic obsessions and doctrine of murder. An outright rejection of those who support their evil cause.” Servants Of Violence is a musical progression from the critically acclaimed Scalps EP, with more diverse influences taken on board and with each member’s technical dexterity becoming more pronounced within the music, but without losing the band’s original sound of Scandinavian Death Metal mixed with UK Hardcore.

Produced by Stu McKay (Malevolence, Ingested) and mastered by Brad Boatright (Gatecreeper, Skeletonwitch), Servants Of Violence takes aim at the proliferation of cults in their various guises around the world, be they religious, political or media based, and how they are contributing to the demise of civilisation.

With artwork by Roberto Toderico (Pestilence, Vomitory) and 10 tracks of the band’s hardest-hitting material to date, the debut album due for release this summer looks to be set as one of the strongest underground metal releases of 2022.

CASKET FEEDER will play an album release show at The Black Heart in the 26th May. You can buy tickets here: https://www.ourblackheart.com/events/2022/5/26/casket-feeder-album-launch-show

They are also supporting Gatecreeper at The Craufurd Arms, Milton Keynes on July 10th.