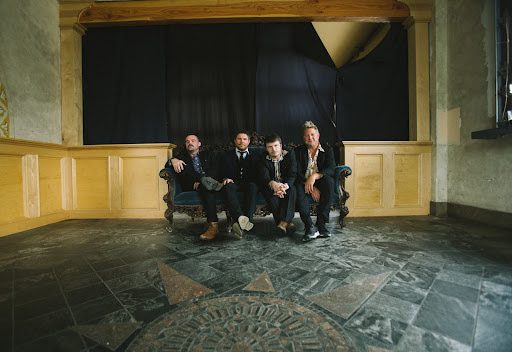 Xtra Mile Recordings and Yacht Punks BANDAID BRIGADE are excited to announce the release of their brand new album Sex Is Terrifying (out Friday 26 August, pre-order).

It arrives as the second studio effort by musicians and collaborators Zach Quinn (PEARS) and Brian Wahlstrom (Scorpios, Gods of Mount Olympus) and is preceded by the new single: “Abacus” – which is available to hear today:

STREAM “ABACUS” ON ALL SERVICES HERE

Formed on one of Joey Cape’s (Lagwagon) One Week Records tours, the band has since evolved into a unique unit producing music with powerful choruses and soaring melodies, all injected with Eighties synths, plaintive punk guitars and self-deprecating but poignantly poetic lyrics. Serving as an outlet for all the music that both Quinn and Wahlstrom personally enjoy such as Billy Joel and Elton John, Bandaid Brigade is a refreshing project for both musicians to experiment without the constraints of their affiliations.

Recorded at High Tower Studios by James Whitten and mixed at The Blasting Room by Chris Beeble, Sex Is Terrifying is a cohesive collection of whatever it is that makes Bandaid Brigade who they are. An intentional long-player that builds on the Seventies and Eighties-inspired foundations of the band’s first album, I’m Separate, but also digs deep in search of its own specific sound. The result is a glorious mix of the band’s heritage with a number of surprises thrown in for good measure.

Whether it’s the catchy, carefree grooves of “Hit The Buck” or the upbeat loneliness of “Loveless Love” — whose lyrics give this record its title — the forlorn yet anthemic fragility of “Like A Stone” or the sumptuously soul-tinged “Broken Toy”, the driven defiance of “Abacus” or the buoyant but existential optimism of “Did You Dream?”, Sex Is Terrifying, the forthcoming album from Bandaid Brigade is a record whose songs navigate to both the extreme highs and abject depths of human existence. It also feels very much like an antidote to the world we live in. That, given both the state of the world and where musicians and friends Brian Wahlstrom and Zach Quinn were mentally when the band began, is no surprise.

“It truly did start with some tragedy happening in our lives,” says Wahlstrom. “Literally the day we started recording drums for the first album, my wife called and left me. Zach was the guy next to me, who just held me in his arms for a week while we made the album together. And then he was going through issues with his girl at the same time. There was just a lot of stuff.”

Although their emotional situations have ebbed and flowed since then — Wahlstrom is in a better place while Quinn was deeply affected by the aimlessness of lockdown — the purpose of the band hasn’t in the slightest. Possessing an all-or-nothing attitude from the very beginning, Bandaid Brigade has been an exercise in rebelling against conventional norms. At the same time, it’s just Wahlstrom and Quinn being themselves and making the music they love without irony or fear of not fitting into the scenes which their other bands are part of.

Perhaps most important of all for Bandaid Brigade, though, is the freedom that Quinn and Wahlstrom have found through collaboration to really explore the process of creation. That’s very much enabled by the firm friendship they’ve built up. No idea is too silly or off the wall, it’s all to play for.

“I’ve never had anything close to this,” Wahlstrom says. “I feel like I’m able to be myself and be who I am as a musician and writer, but also my personality. I’d tried to play piano in punk before, and Zach was the first person in that punk community who said that that’s what I should be doing! This is a project where I can totally be myself. This is my home.”

With plans to tour Sex Is Terrifying in the UK and Europe soon, keep your eyes peeled for live dates later this year…

Left On The Shelf 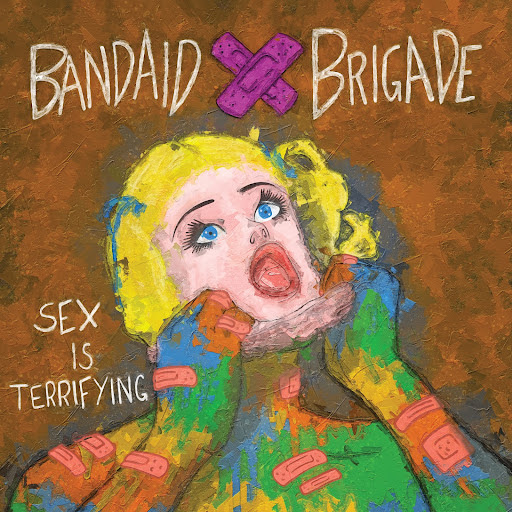 LISTEN TO NEW SINGLE: “ABACUS”
STREAM ON ALL PLATFORMS HERE