ARMY OF LOVERS – an opera by Mark Springer and David Flusfeder

338BC. Thebes is part of the Greek alliance (Thebes, Athens, Sparta) against Macedonia. Plutarch reported that its greatest soldiers are the Army of Lovers, the Sacred Band of Thebes. The Army is comprised of 150 pairs of male lovers and derives its strength from the bond between each lover, as well as the prospect of shame if a soldier should show cowardice in front of his beloved.

Plutarch does not state what happens when a soldier dies, with ‘Army of Lovers’ taking as its starting point the refusal by its chief protagonist, out of love and grief, to replace his fallen lover and make the army complete once more.

Following the success of a one-act opera written by composer Mark Springer and librettist David Flusfeder that premiered at The Playground Theatre in 2019, Anthony Biggs directs this new and greatly expanded two-act version. Conducted by David Crown, it features a fabulous cast of male singers and performers that include the acclaimed Tana Quartet from France, top UK jazz trumpeter Steve Fishwick and pianist Mark Springer. 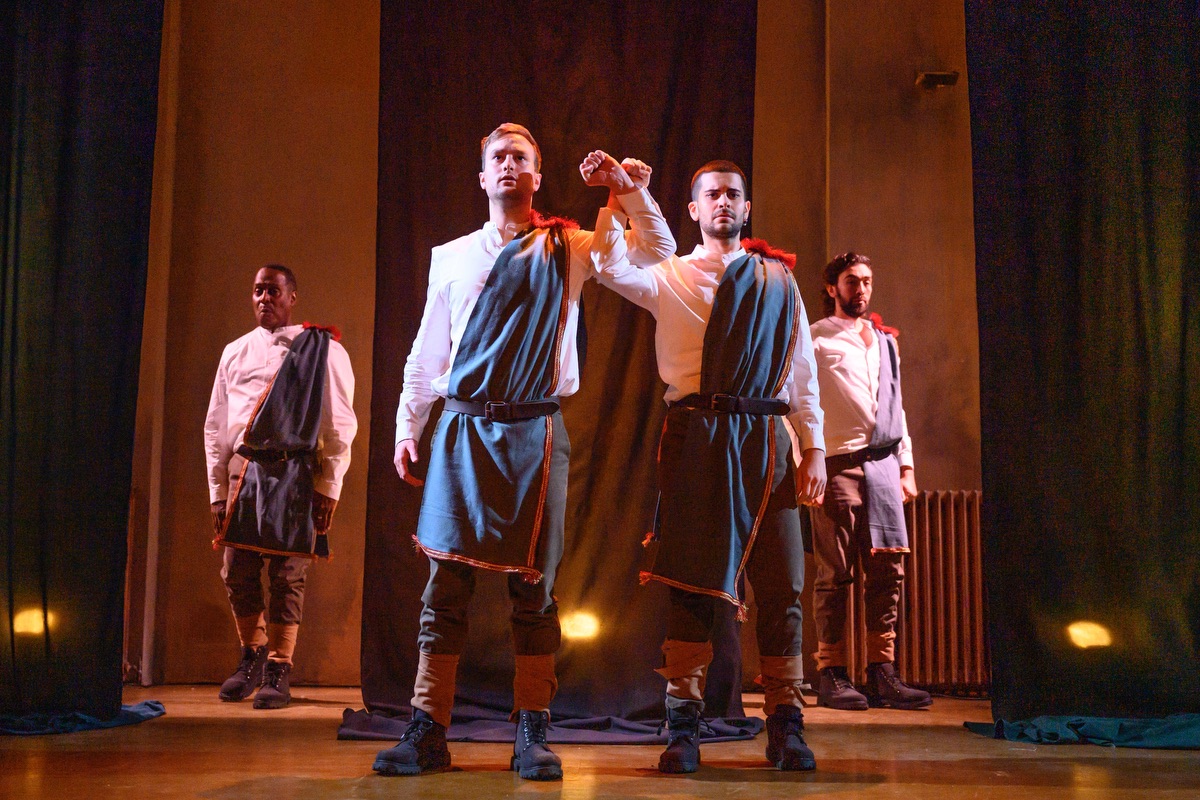 Mark Springer is a pianist and composer who first recorded in the early 1980s as a founding member of post-punk band Rip, Rig and Panic. He has subsequently written music for piano, string quartets and much more, while his recently released ‘Matter’ album includes a collaboration with the Tana Quartet  INFO

David Flusfeder has written seven novels that include ‘The Gift’ and ‘John The Pupil’. His first work of narrative non-fiction, ‘LUCK: A Personal Account of Fortune, Chance & Risk in Thirteen Investigations’, was published in early 2022  INFO

Tana Quartet are among the most prominent interpreters of contemporary music in the world today. They recently issued a premiere recording of ‘King Lear’, a new string quartet by Philip Glass, as well as their work with Mark Springer  INFO

Steve Fishwick is widely considered to be one of the best jazz trumpet players ever to come from the UK and has performed with many legendary names in the genre. He is also a teacher and principal lecturer of his instrument  INFO

Anthony Biggs has been the co-Artistic Director of the Playground Theatre since it opened in 2017. He has directed on the fringe, in regional theatre, the West End and off-Broadway  INFO