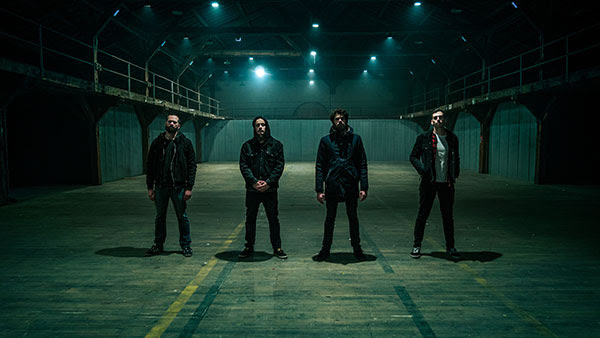 Directed by Naps Hart, the video for “Lost In A Frame” is now playing at NoEcho, who described the track as “epic chaos core”. Watch it here.

Anna Sage vocalist Xavier said the following about the track: “This song is probably one of the most personal and accomplished on the album and is particularly important to the band. ‘Lost in a Frame’ is about friendship, its changing phases, and mixed feelings: happy, intense, and fusional at the beginning, and then that slowly decays as everyone makes own life choices. While one chooses to move forward the other to embrace toxicity, and all that remains at the end is the memory of this friendship frozen in a photo: lost in a frame.”

If you missed it, the video for “Sinner Ablaze” is still playing at this location.

Influenced by major bands of the hardcore scene such as Converge, Botch, The Chariot and Breach, Anna Sage is a four-piece group from Paris, France, whose sound can be described as chaotic, caustic and downright intense.
Formed in 2012, the Parisian quartet have released to EPS to date, namely “The Fourth Wall” from 2014 and “Downward Motion” from 2018, and now are ready to raise the ante with the release of their self-titled debut album.