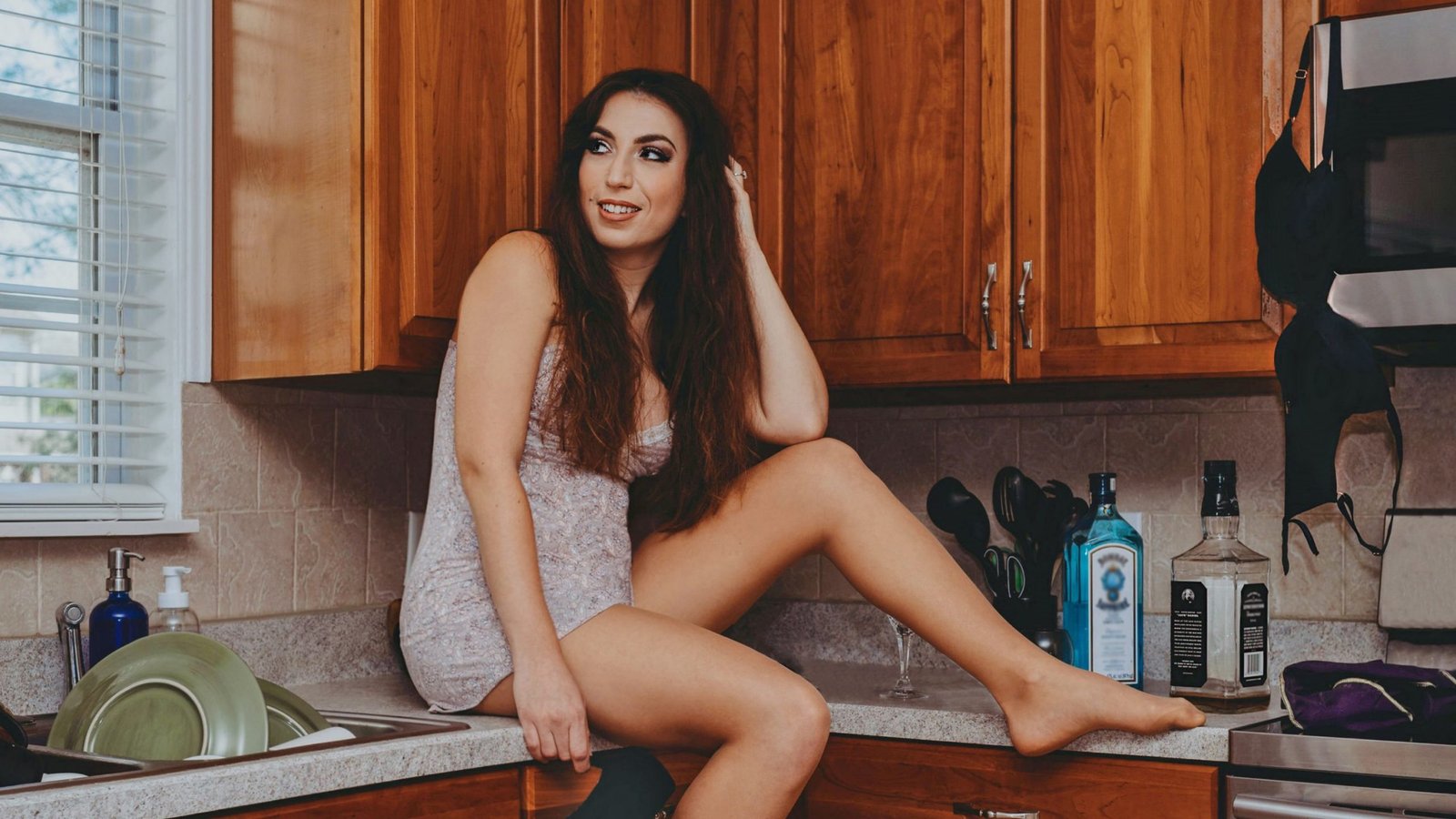 Nashville, TN – Sasha McVeigh’s new video, “God Bless This Mess” is available today on Youtube, after the CMT Music / CMT.com premiere yesterday.  Since arriving in Nashville from Hereford, England Sasha McVeigh’s career has been gaining momentum with back-to-back releases premiering on CMT.  They include 2019’s “Rock Bottom,” which spent three weeks at #1 on the CMT Music 12 Pack Countdown and her new video, “God Bless This Mess.”

The new single was co-written with Vanessa Olivarez (Granville Automatic) and points out how important it is to be able to laugh at yourself and to find good in life when things aren’t always going their best.  The song written in 2015 had initially been put on hold for Miranda Lambert, but she ended up not cutting it.  Sasha continued to play the song in her live shows until producer Nathan Chapman saw her performing it and pushed her to record it.  McVeigh later went into the studio with GRAMMY® award-winning producer, Mark Lambert (Leon Russell, Elton John, Kacey Musgraves, Dolly Parton) to cut the track, thinking she’d release it in 2020.  That’s when Covid hit and it was once again put on hold as Sasha decided it wasn’t the time to release the song.  Now after such a long wait Sasha’s thrilled to get this song out, telling CMT.com that, “I would love for fans to watch this video and realize that it’s okay to have messy moments in life,” McVeigh adds. “Nobody is perfect and life certainly isn’t perfect. We all have bad days and we all have times when we take a ride on the hot mess express, but it’s all part of the journey and I like to believe it keeps life interesting. Embrace the difficult times and celebrate the good ones, because life is too short to have regrets.”

McVeigh told CMT.com, that videographer Adam Ewbank used the video’s chaotic scenes to reflect the song’s message. “In the music video, we tried to express the chaos in the song by making a mess of the different rooms in the house. I will never forget how much Adam laughed at how easily and manically I was able to make the house look like a tornado had blown through. It’s ironic because I’m normally a very organized and tidy person, but I always joke that there’s a hot mess version of me constantly fighting to get out and I guess I let her out in full force during the shoot.”

As early as Sasha can remember, she was singing and dancing to Country music in her Hereford, England home. “My dad used to put CMT on and we would dance and sing around the coffee table,” says McVeigh. Little did she know that 20 years later she would be living in Nashville, Tennessee designing her promising career.

If ever a female voice could convey heartache and empowerment in her songs, Sasha’s can and does. She writes from the heart and sings with genuinely soul-wrenching emotion. The singer-songwriter is the only British artist to ever perform on numerous prominent main stages at US Festivals.

Sasha’s drive, savvy and talent have landed her on stages across the globe. The Country newcomer composed her first song at the tender age of twelve which launched a trajectory that would eventually land her in Music City six years later. In November 2012, McVeigh recorded her first Acoustic EP, earning her a spot on the local BBC Radio Station that garnered more ground for the burgeoning artist. All of this transpired just as she was graduating from high school.

She hasn’t looked back since. Leaning in with her poignant chronicle “Rock Bottom” Sasha tells a powerful tale of triumph and using life’s woes to shape herself into who she is today. With a music video premiering exclusively on CMT in August and remaining at #1 for over two weeks, “Rock Bottom” has garnered the attention and ears of people all across the globe. With over 100k streams, placement on several prominent Spotify playlists, and features in several country music outlets, Sasha’s powerful voice is making an impact and building a foundation on which she is establishing herself as a country star.