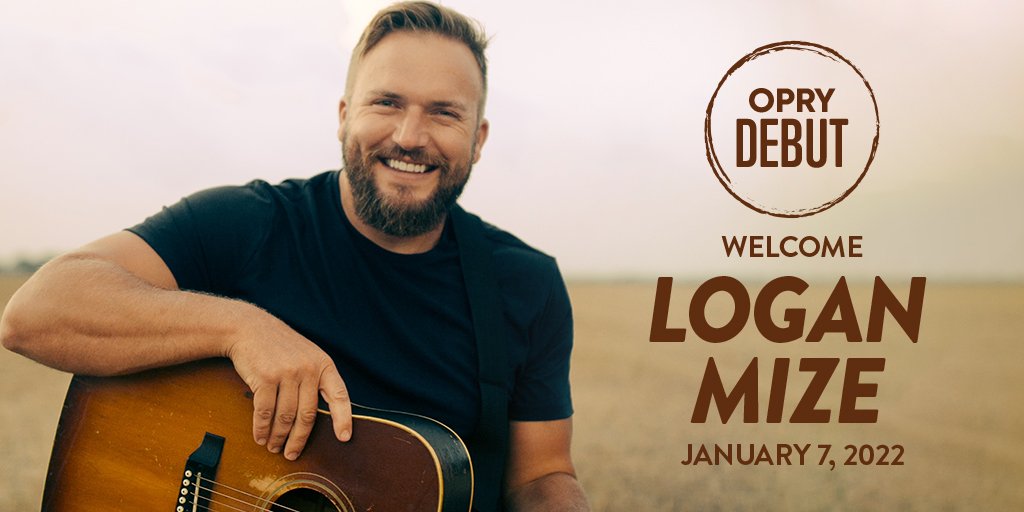 Set to Step into the Legendary Circle on 7 January, 2022

NASHVILLE, TENN. – (10 November, 2021) – Fresh off the release of his latest studio album, ‘Welcome to Prairieville‘ (1 Oct via Big Yellow Dog Music), Logan Mize is checking a major item off his bucket list with the announcement of his upcoming debut on the legendary Grand Ole Opry stage.

Stepping into the historic circle for the first time on Fri., 7 January, 2022, the Kansas native will follow in the footsteps of country music’s biggest icons, spotlighting his unique storytelling abilities, steeped in traditional style and small-town inspiration, through his long-awaited performance.

“Getting asked to make your Opry debut is a rite of passage I think most singer/songwriters dream of,” says Mize. “I never thought I needed any nods of approval from anyone, but I will say it feels pretty darn good to get one from the mothership. I’m very thankful and can’t tell ya how excited I am.”

Making the moment that much more special, Mize’s children surprised him with the news of his coveted invitation, leaving their father speechless through their adorable and unexpected delivery. Watch the heartwarming moment HERE.

Fans can keep up with Logan Mize and purchase tickets to his upcoming Opry debut by visiting loganmize.com.

Logan Mize is an accomplished country singer/songwriter from Clearwater, Kansas,  who has deep musical roots to his family tree. His great uncle was Billy Mize, largely  known for crafting and evolving the legendary Bakersfield sound, which included  musical pioneers Merle Haggard and Buck Owens. In 2010, several years after moving  to Nashville, Logan signed a publishing/record deal with Big Yellow Dog Music and a  booking deal with a major agency. He spent the next seven years playing seemingly  every venue in every town across the U.S. and winning over fans every stop along the  way.

In 2017, Mize released his Come Back Road album which debuted in the Top 20 on  Billboard and iTunes All-Genre charts and features the hit singles “Ain’t Always Pretty” and “Better Off Gone”. His second full length album Still That Kid was released in early  2021 and debuted in Spotify’s Top 10 US Albums chart and in the Top 10 on the iTunes  Country Albums chart. Amassing over 80 million streams across platforms, this album  features the heartbreak ballad “Grew Apart” featuring Donovan Woods and nostalgic  tunes such as “Hometown” and “Who Didn’t”.