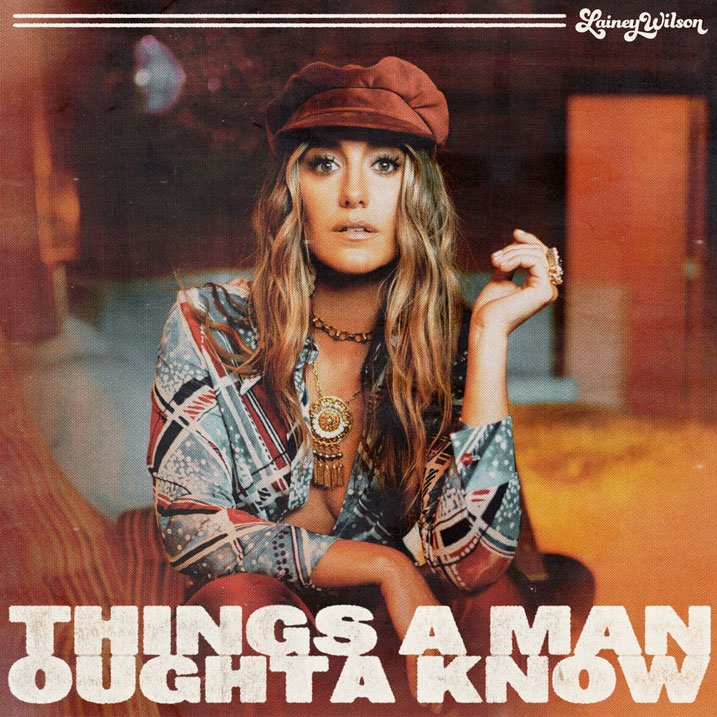 First New Solo Female Artist to Earn No. 1 on Mediabase and Billboard Charts Since April 2020

NASHVILLE, TN. — (21st September, 2021) — “One of Country music’s most promising young stars,” (Whiskey Riff), Lainey Wilson has earned the No.1 spot on the Mediabase and Billboard Country radio charts with her hit “Things A Man Oughta Know.” She is the first new solo female artist to accomplish this feat since Gabby Barrett with “I Hope” in April 2020.

“Things A Man Oughta Know” has garnered more than 146 million on-demand streams and has been in the Top 10 in Country single sales for several weeks. The single (having reached the No.1 position on Sirius XM’s The Highway Hot 30 Weekend Countdown) is also having international success—it has been certified Gold in Canada, reaching the Top 5 on Canadian Country radio and is just as popular in the UK. The single, written by Lainey, Jason Nix and Jonathan Singleton, appeared on her critically acclaimed album, Sayin’ What I’m Thinkin’, which debuted earlier this year and was identified as an “early favorite for album of the year” by multiple outlets.

“It has been an incredible privilege to see firsthand how this song has impacted people. Thank you, Country radio for believing in it, sharing it with the world and taking this thing to No. 1—this is a moment I’ve dreamed of my entire life— and to do it with a song that is all about good character is icing on the cake,” said Lainey Wilson. “To my incredibly supportive team—thank you for always being by my side. I can’t wait to cry, celebrate and climb more mountains with you.”

Lainey is currently on the road on Jason Aldean’s Back In The Saddle Tour, working on new music and continuing to write. Proving worthy of being named as “one to watch” and “must listen” by many, Lainey recently won Music Row’s “Discovery Artist of the Year,” was selected as an iHeartCountry “On the Verge” artist and was nominated for CMT Music Award’s “Breakthrough Video of the Year” in addition to landing an Apple Music “Up Next” spotlight feature and being named the Opry NextStage artist for August. As part of the institution’s program, the Bell Bottom Country singer shared stories about her musical journey in two emotional videos (WATCH: Part 1 and Part 2).

ABOUT LAINEY WILSON:
“One of Country music’s most promising young stars,” (Whiskey Riff) Lainey Wilson is the total package. Earning the enthusiasm of the industry, winning MusicRow’s “Discovery Artist of the Year” award and being named as an “Artist to Watch” by Spotify, Pandora, The Boot, and Sounds Like Nashville (to name a few) and included in CMT’s “Next Women of Country” and “Listen Up” programs, the Louisiana native is one of Nashville’ most buzzed-about new artists, garnering early praise for her “unabashedly down-home and unflappably worldly” (NPR) style and exhibiting “just enough scars and pragmatism to write great, universal country songs” (Taste of Country). Her music has already been featured in the hit drama series Yellowstone three times, graced the Grand Ole Opry stage and was covered in publications like Forbes, Rolling Stone, New York Times, Billboard and NPR. With a rockstar stage presence, her artistry has taken her across the globe, performing for sold-out crowds throughout the US, UK, and Germany with notable names like Jason Aldean, Hardy, Justin Moore, Tyler Farr, Ashley McBryde, Randy Houser, Josh Turner and more.

The “vocalist of unmatched talent, humbled by her characteristic humor and wit,” (American Songwriter) left her small farming community in a camper trailer to chase her dreams and has been carving her own unique place in the country music landscape ever since. Creating a sound and style all her own with “Bell Bottom Country,” which blends traditional Country with a modern yet retro flare, Lainey is a fresh, fierce voice in Nashville. A prolific writer (having co-writer credits on songs by artists including Luke Combs), Lainey shares her feelings, stories, experiences and understandings through her music. Described as “a cross between easy listening and hard truths” by The Boot, Lainey’s music (and character) is largely driven by her values and self-conviction. Her new album, produced by GRAMMY Award-winning mastermind Jay Joyce (Eric Church, Miranda Lambert), Sayin’ What I’m Thinkin,’ was released in February 2021 via BBR Music Group/ Broken Bow Records to incredible praise, with many labelling it as one of the best albums of the year. Following the sentiment of the title track, the entire album is rooted in authenticity, honesty and thoughtfulness—representative of Lainey’s own character. The album includes her No. 1 radio single and “song every country fan needs to hear” (Taste of Country), “Things A Man Oughta Know.” With more than 146 million streams, the song is a fan and critic favourite, spurring a flurry of activity across social media as well as included in “must listen” lists in publications like NPR and Rolling Stone.