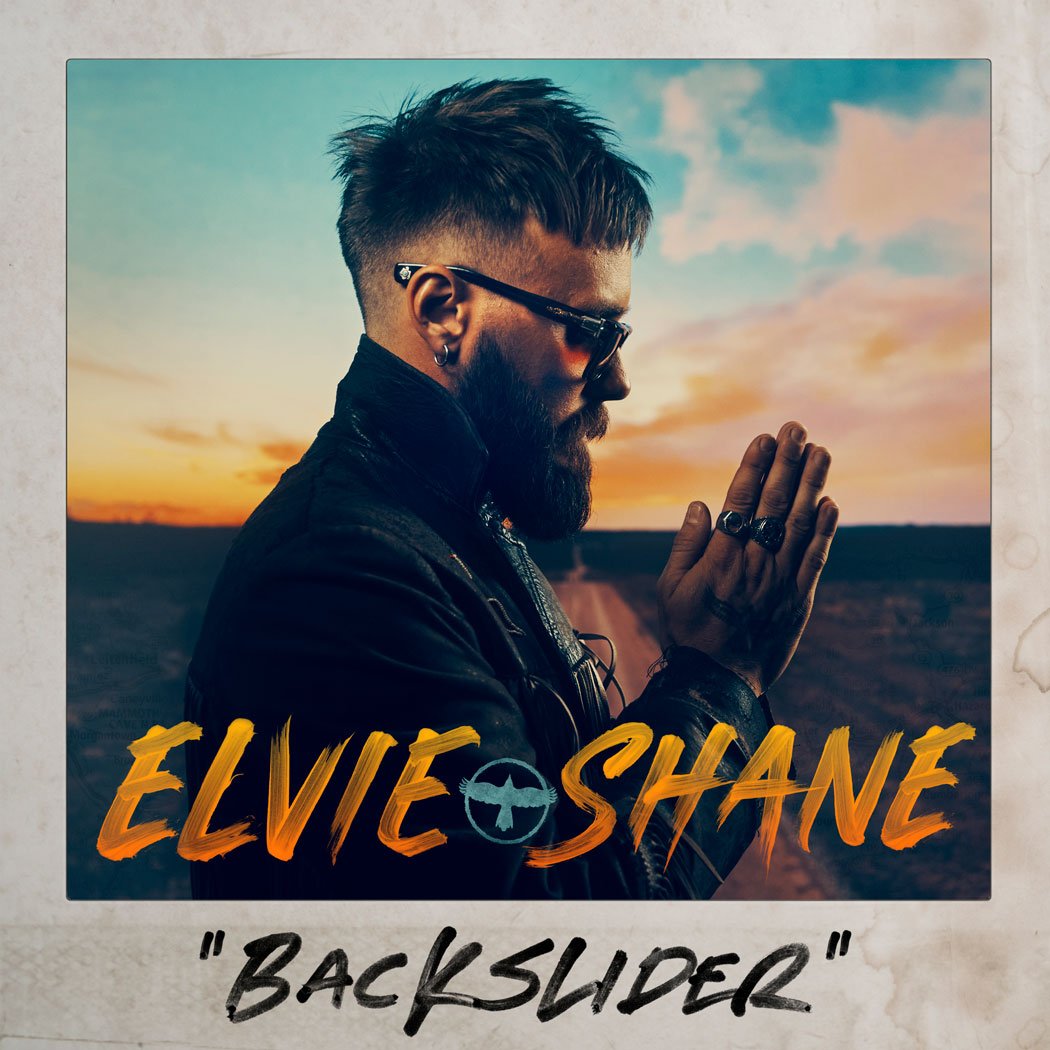 NASHVILLE, TN – (For Immediate Release) – Wheelhouse Records singer/songwriter Elvie Shane announced that his debut full length album BACKSLIDER will be released on October 29th and is available now for pre-order here. Shane co-wrote each of the cohesive 15-song set, painting a sonic “bigger picture” of not just himself, but life in small-town America – it’s just as gritty as it is graceful. The album tells the story of Shane’s life journey; full of backroad turns, straightaways and backslides, with each song revealing different chapters and sounds as distinctive as its maker.

Shane’s current Top 5 and climbing hit single, “My Boy” sets the truth-telling tone, with the album offering the crunchy hooks of Classic Rock, the everyday poetry and nostalgia of Country music and the emotional electricity of Gospel and R&B – all with that punchy “edge” Shane knows so well. In celebration, Shane shared a new track from the record on Friday (1/10), “My Kind Of Trouble,” as well as a spirited performance video of the track, available to watch here.

“It’s about more than just me,” Shane says, speaking of Backslider. “Whether you’re from the United States or the other side of the world, we’ve probably experienced the same things: heartbreak, family trouble, love… the yearning for a better life. These songs are my personal stories written so they rhyme … but I think they are stories that happen to each and every one of us.”

Shane also visited “The Bobby Bones Show” to share the news of his forthcoming album, as well as perform acoustically.

ABOUT ELVIE SHANE:
A native of small-town Kentucky, early touchstones like Dwight Yoakam, Steve Earle and John Fogerty joined Wheelhouse Records’ Elvie Shane’s Gospel roots to form the bedrock of his taste – along with R&B classics like The Temptations and modern superstars like Eminem. And after a fateful Baptist revival came through town, he joined a band as a front man full of wild-eyed charisma. Shane initially captured attention with a viral social media moment with “My Boy,” that has since become his signature smash and is currently Top 5 and climbing at Country radio. Co-written with Russell Sutton, Lee Starr and Nick Columbia, it was born from tenderness and truth about the bond Shane shares with his stepson. Shane’s debut EP, County Roads was released earlier this year and his debut album Backslider is due October 29th. His picture-based lyrics and knack for storytelling lead to his signing with UTA and has since opened for Toby Keith, Billy Currington, Brothers Osborne, Cole Swindell, Brett Young, Walker Hayes and Lady A, to name a few. Shane is currently out on the road opening for Brooks & Dunn on their 2021 Reboot Tour, with stops in Charlotte, NC, Raleigh, NC and Bristow, VA this weekend. For more information, visit elvieshane.com.