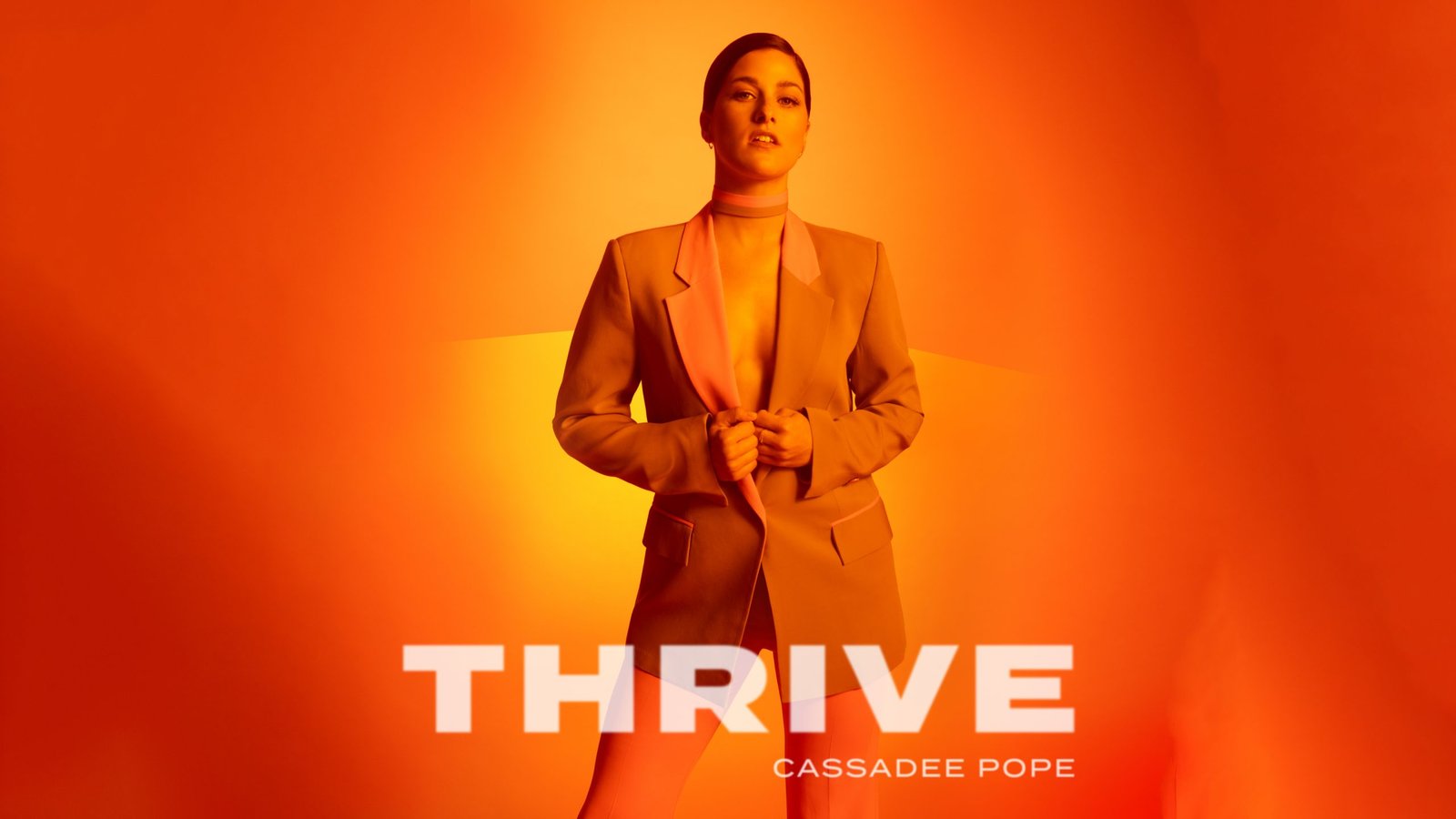 New song, ‘Tomorrow Night’, written by Pope, Devin Guisande and Aaron Chafin, is an upbeat track leaning further into Cassadee’s pop-punk sensibilities and describes a longing feeling that everyone can relate to – whether it is anxiously awaiting a well-earned holiday or anticipating the return of a loved one, we all understand wanting to push the clock forward. Listen to ‘Tomorrow Night’ here.

“I had a chorus idea before my session with Devin Guisande and Aaron Chafin that really excited me. As a big Weezer fan, I really wanted to lean into that influence for this track,” says Pope. “It’s a love song at its core, wrapped in walls of guitars and high energy percussion. I hope people relate to this lyric of just wanting to fast forward to the moment you get to be with the person you’re in love with.”

Following a premiere later on today with PEOPLE.com, Cassadee will share the music video for ‘Tomorrow Night’ via YouTube at 5pm BST. Directed by Kamren Kennedy, the quirky video calls back to the style and feel of the early 2000s as it takes us through all the fidgety ways in which we may try to busy ourselves while aching for the time to pass. The conclusion of the music video features someone near and dear to Cassadee’s heart and who she can’t wait to see every day – her beloved dog, Cuppy!

“I knew I wanted the music video for ‘Tomorrow Night’ to be fun, quirky and early 2000s nostalgic,” says Cassadee. “I wrote the treatment and was so happy that Kamren Kennedy was up for bringing it to life. I’ve never had so much fun shooting a video before. Getting to spend the day shooting with my dog, Cuppy, was such a blast. I hope this video makes people smile and feel like they’ve been transported to a time that was so influential for me.”

ABOUT CASSADEE POPE:
Cassadee Pope is a GRAMMY-nominated, Platinum-certified singer-songwriter who is gearing up to release her ninth album, THRIVE, on October 15th, 2021. The album’s first single, “What The Stars See” featuring Karen Fairchild and Lindsay Ell, is a raucous anthem about longing to see what a past partner is doing since going separate ways. Pope performed the track on “The Kelly Clarkson Show,” where she also revealed the title of her latest album, THRIVE. The project is special to Pope – blending her influences from her pop-punk days fronting the band Hey Monday, and the Country music storytelling and songwriter that she now calls home. Last year, Cassadee released her first acoustic solo album co-produced by Pope alongside Todd Lombardo. The project followed her album, STAGES, featuring hit singles “Take You Home,” “One More Red Light,” and “If My Heart Had a Heart.”

From fronting rock band, Hey Monday, to winning Season 3 of “The Voice” and releasing her #1 debut album Frame by Frame, Cassadee has effortlessly re-arranged the lines of Country and Pop. She has experienced tremendous success throughout her career, with Platinum-selling single, “Wasting All These Tears,” being awarded with “Breakthrough Video of the Year” at the 2014 CMT Music Awards and her #1 hit “Think of You” with Chris Young receiving a 2017 Grammy nomination for “Best Country Duo/Group.”

Cassadee has toured extensively, joining legendary artists Tim McGraw and Dierks Bentley, playing London’s iconic O2 Arena during C2C: Country to Country Festival, and earning the distinction of the only Country artist to perform at 2018’s Warped Tour. Cassadee performed “If My Heart Had a Heart” on the TODAY show and toured with Maren Morris on her GIRL: THE WORLD TOUR. Cassadee continued to tour throughout the spring of 2019 as the headliner of the “2019 CMT Next Women of Country Tour,” which brought the franchise outside of the U.S. for the first time ever.