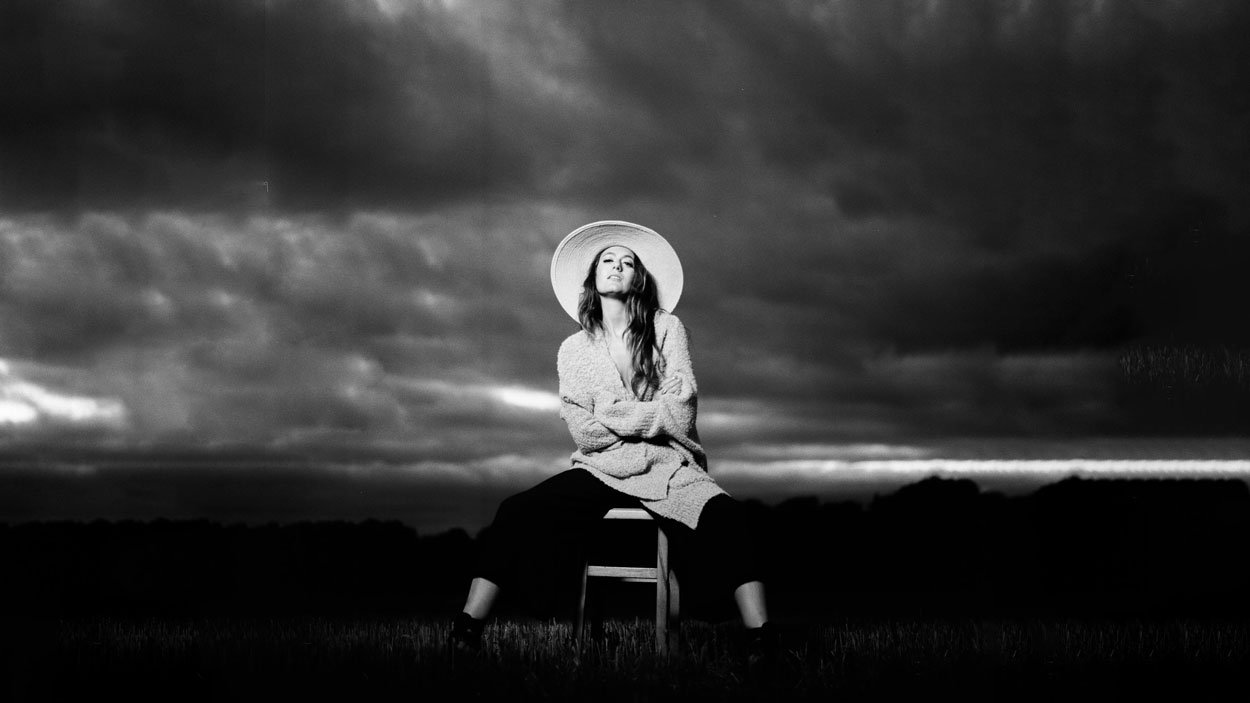 LONDON, UK. – (29th October, 2021) – US singer-songwriter Alyssa Bonagura has today shared a reflective, acoustic version of her single ‘New Wings,’ released in July. The track (available to listen here on Spotify, Apple Music, Amazon Music, Tidal and YouTube) received its first play on Chris Country this morning, while the video is exclusively premiering on CountryLine here.

The stripped back, acoustic version of ‘New Wings’ adds another dimension to the lyrics, the meaning of the single for Alyssa and aims to serve as a reminder that our struggles make us human and do not define us; they simply shape us into the individuals we are supposed to be for our next chapter.

“This version was important for me to record and release as it’s a reflective reminder that as difficult as it may feel when you’re going through a challenging time, there’s always an end to the pain and struggle,” Alyssa continues, “along with millions around the world, I lost a lot and experienced a significant amount of change in 2020 and ‘New Wings’ became a song that reflects the process of emerging from it; healed, whole and ‘ready to soar.’”

The ‘New Wings’ Acoustic video was filmed and edited by Jenny Gill (One Move Media) in Alyssa’s home studio, where she originally wrote ‘New Wings.’ This was also one of Alyssa’s first remote co-writes in 2020; written over Zoom with producer and songwriter, Tawgs Salter.

“I wanted to release this video for everyone who has experienced a challenging eighteen months and who feels like they’re getting back to the core of who they are again. When you strip a song back to the bones of what it is, that’s when you can really hear the lyrics and feel the meaning. My vision with this was to get to the heart of the message. Our hard times are there to remind us that each day is a new opportunity to become the people we want to be, and that’s what this song represents for me. I would also like anyone who’s still struggling to know that there’s always hope and always someone who cares,” Alyssa concludes.

So I could never go back

No, I could never go back

To the way things were

The way it was before

But I ain’t gonna lose hope

‘Cause I know there’s more

Like new wings on a butterfly ready to soar

I ain’t gotta stay on the ground no more

All I see are free and open skies

The release of ‘New Wings’ in July marked the first release following Bonagura’s collaboration in The Sisterhood Band, which took her across the world touring two successful Sony Music EP releases, with performances at the iconic Grand Ole Opry, main support for Rod Stewart on his UK & Ireland stadium tour, and a sold-out UK headline tour, along with numerous major festival appearances.

Alyssa has recently wrapped three months’ worth of shows in the UK and will share more new music in the months to come.

A songwriter, producer, and multi-instrumentalist, Alyssa Bonagura has spent the past decade fine-tuning a sound that reaches far beyond her Nashville roots. It’s a sound that blurs the boundaries between genres, mixing the southern storytelling of country music, the free-thinking spirit of rock & roll, and the cinematic sweep of Brit-pop into its own hybrid. For Alyssa — a lifelong road warrior who spent her infancy aboard a tour bus, recorded a duet with Kenny Rogers at 10 years old, received her college diploma from Sir Paul McCartney, and currently balances her critically-acclaimed solo career with an ongoing gig writing songs for Jessie James Decker, Aerosmith frontman Steven Tyler, and others — it’s also a sound that’s every bit as diverse as her own story.