AND RELEASE VIDEO FOR FIRST SINGLE
“ALL MY FRIENDS ARE NOBODIES” 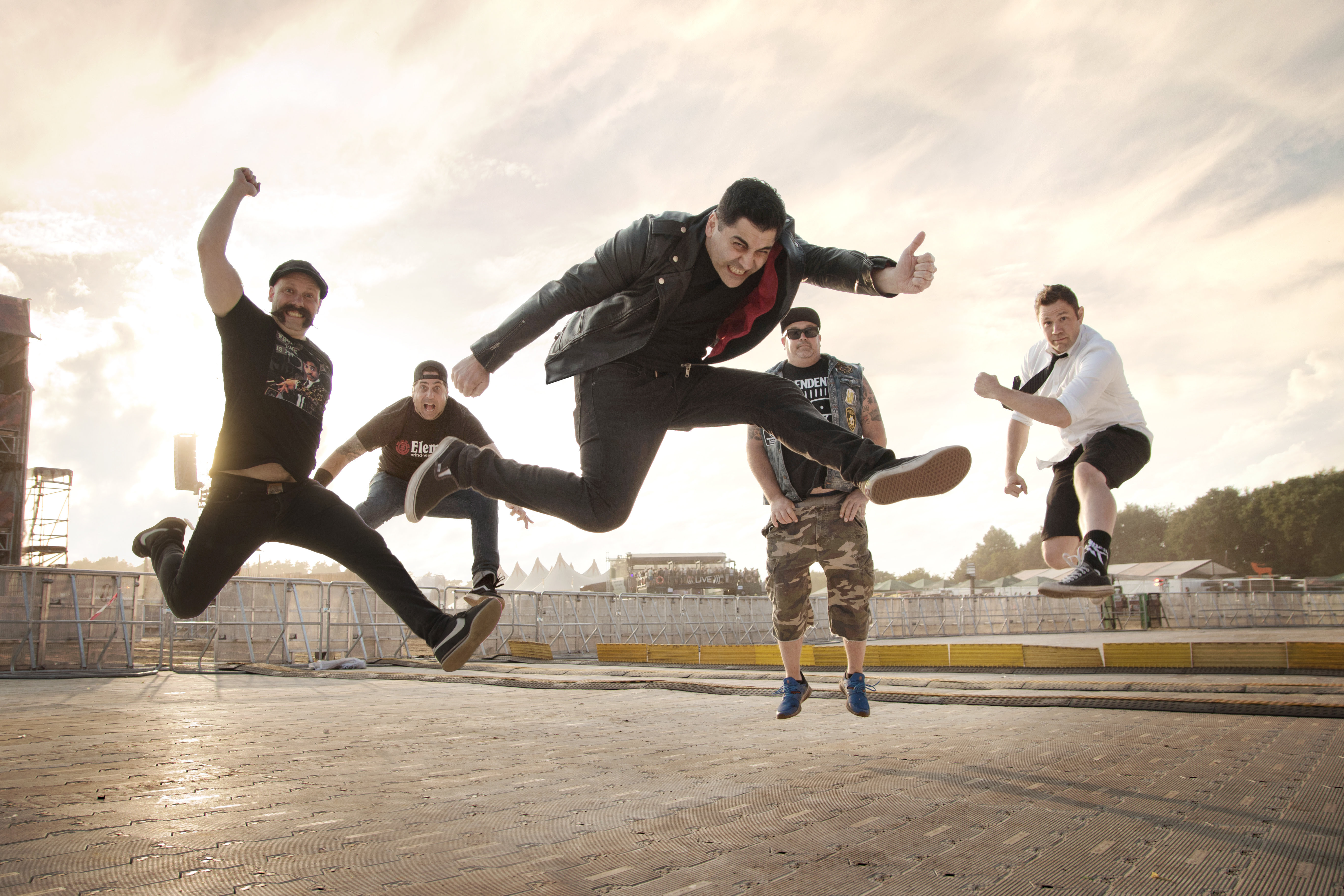 zebrahead will release their new album, titled BRAIN INVADERS on 8 March 2019 via MFZB Records. Today, the group have unleashed the first single from the record, “All My Friends Are Nobodies”. Watch the video HERE.

“All My Friends Are Nobodies was one of the earliest songs we worked on for this album. It has a great message of being there for the people you care about, even though you might not be in the best emotional state yourself”, says vocalist Ali Tabatabee.

The band have also unveiled album cover art and tracklisting for BRAIN INVADERS: 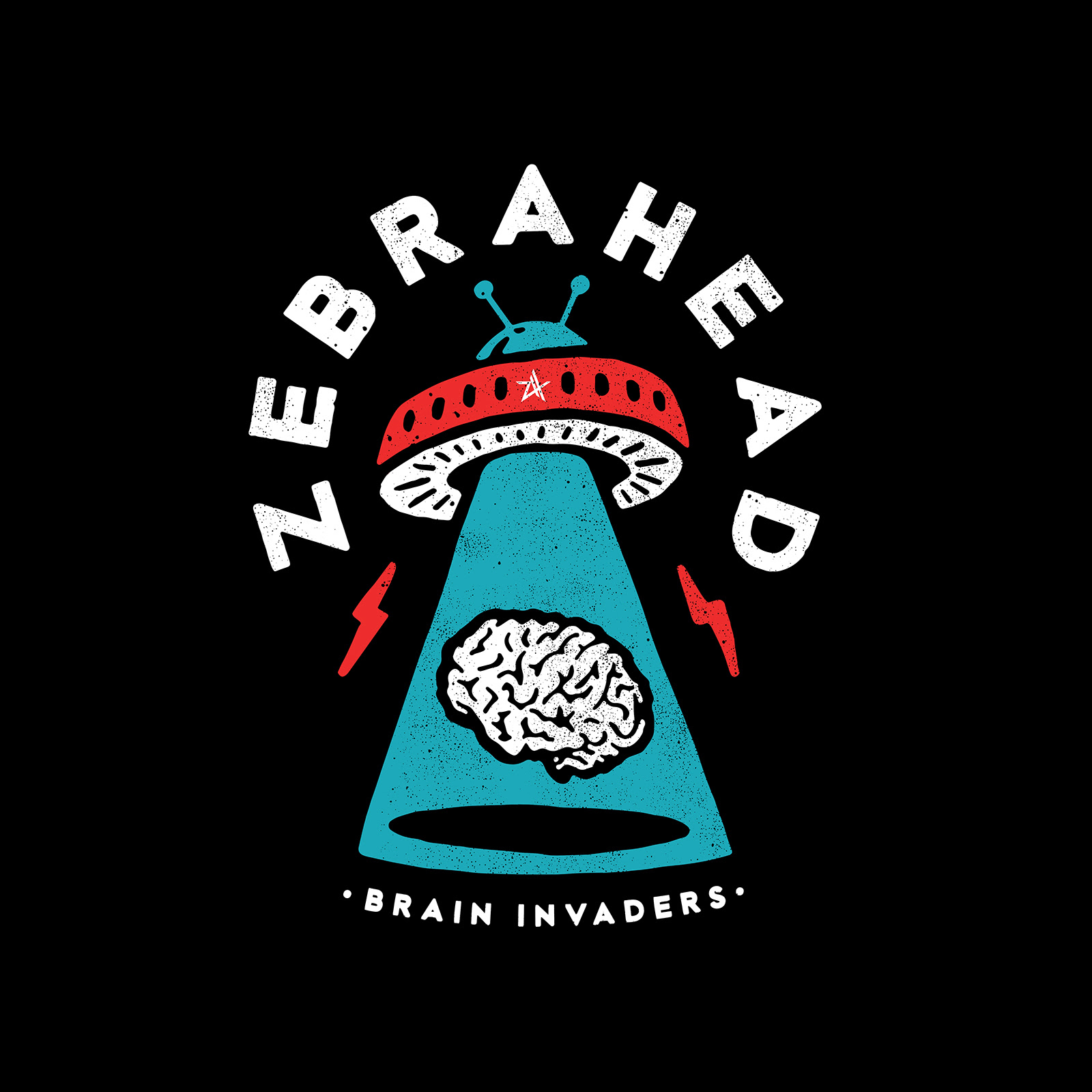 BRAIN INVADERS cover art created by Christian Bögle @ Killerartworx1. When Both Sides Suck, We’re All Winners
2. I Won’t Let You Down
3. All My Friends are Nobodies
4. We’re Not Alright
5. You Don’t Know Anything About Me
6. Chasing the Sun
7. Party on the Dancefloor
8. Do Your Worst
9. All Die Young
10. Up in Smoke
11. Ichi, Ni, San, Shi
12. Take A Deep Breath (And Go Fuck Yourself)
13. Better Living Through Chemistry
14. Bullet on the Brain

“We are really excited to see how everyone likes this new record. We had a lot of fun making it and can’t wait to let everyone hear it”, says Matty Lewis (Vocals/Guitar).

zebrahead’s worldwide tour starts with a tour of Australia, followed by dates in Europe and USA soon to be announced. Tickets for the tour are available at: http://www.zebrahead.com

About zebrahead:
zebrahead is vocalist/rapper Ali Tabatabaee, vocalist/guitarist Matty Lewis, bassist Ben Osmundson, drummer Ed Udhus and guitarist Dan Palmer. Formed in the mist of the Orange County, CA punk explosion this genre-crossing outfit has consistently brought their unique, fun-filled sound and explosive live show to masses around the globe. It all started with the release of the YELLOW EP on indie label Dr. Dream in May 1998, the buzz began and zebrahead signed to major label Columbia and released their full-length debut, WASTE OF MIND, later that same year. Their sophomore album PLAYMATE OF THE YEAR hit in mid-2000 to rave reviews and the album’s infectious title track garnering airplay on some of the planets biggest alternative stations. STUPID FAT AMERICANS EP was released as a Japanese exclusive the next year. Then came the 2003 release of zebrahead’s critically acclaimed MFZB that garnered the highest testing alternative song for months running with “Rescue Me,” the album went gold in Japan!  The band spent the summer of 2006 on the Vans Warped Tour and BROADCAST TO THE WORLD was released, and went gold in Japan in just a month’s time. In 2008 the band released PHOENIX with a warning from Absolute Punk “listen with caution as your face may melt right off of your head.”  PANTY RAID followed in 2009, GET NICE in 2011, and CALL YOUR FRIENDS in 2013.WAY MORE BEER, a live CD/DVD filmed in Koln, Germany was released in 2014 and captured the true chaos and energy of the zebrahead experience.  A year later the band celebrated their 20th anniversary with re-recorded classics album titled, ZEBRAHEAD – THE EARLY YEARS – REVISITED. That same year they also wrote and recorded “Out of Control” with friends Man with A Mission a collaborative EP from both bands with the title track used as the theme song for the movie Mad Max (Fury Road), and later that year came WALK THE PLANK. In 2017 the band released THE BONUS BROTHERS, an album comprised of import only bonus tracks.

Since their incarnation this band of brothers has shared highs and lows, sold over 2 million albums to date, survived label and lineup changes and earned a Grammy nomination from a collaboration with Motörhead.