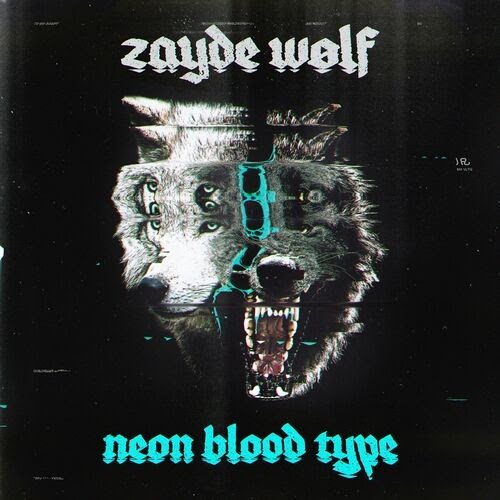 ZAYDE WØLF RELEASES HIS THIRD FULL-LENGTH ALBUM
NEON BLOOD TYPE
OUT NOW
“ Neon Blood Type signifies everything that is unique within people and within Burnett. “
– American Songwriter
“Perhaps the perfect description of ZAYDE is simply the dark rock child of Imagine Dragons and The Black Keys.” – Ones to Watch
“Here whispery intensity blossoms into a melodic and sonic tour de force as the song is triumphantly orchestrated.” – Parade Magazine (on “New Blood – Reimagined”)
“Scrawling a poetic lyric on a massive pop-rock wall of sound–hinting at Imagine Dragons and Bastille influence–the creative (whose real name is Dustin Burnett) is owning this moment, with the release of his first full-length as a ferocious WØLF.” – Pop Dust
“a beautifully layered and theatrical slow-burn that builds with stirring harmonies and intense instrumentals. It has all the makings of a sci-fi or superhero blockbuster movie soundtrack.” –Forbes Magazine (on  “Oblivion: Reimagined” ) 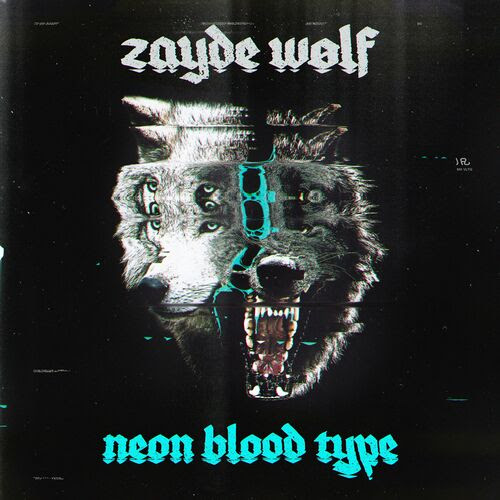 LISTEN TO NEON BLOOD TYPE: HERE
Nashville’s Alt. Rock chart-topper Zayde Wølf, the musical persona of  Grammy-nominated producer and songwriter Dustin Burnett has released his third full-length album Neon Blood Type.
The album packs in 13 explosive songs, as well as an exclusive extended version for Apple Music that includes 2 additional tracks. In addition to the digital version, the album available on vinyl, a first for Zayde Wølf, and in a number of bundles with exclusive Zayde Wølf merchandise HERE.  From where the Zayde Wølf project started, as an experiment five years ago, to where is now, having amassed an empire that includes 247K YouTube subscribers, 93 million video views, over 1.4 Million monthly listeners on Spotify, with 400 million streams across all streaming platforms and millions of followers, is beyond anything Burnett every expected. Neon Blood Type follows Wølf’s sophomore release Modern Alchemy, which charted on the Apple Music/iTunes charts in over 25 countries within hours of its release including debuting in the top ten on Apple’s U.S. Alternative Rock charts.
Unintimidated by his past successes, Burnett has always been solely focused on making music that helps listeners to push through and overcome life’s challenges.  This motivational mentality of transcending the past, and not allowing it to define who you will be, are not just concepts Burnett has embraced, but it’s how he has lived his life. “I get all these emails,” Burnett told Billboard, “with all these stories about how the music has moved people in some way. I wanted to continue to make music for people to be inspired by.” This message is particularly poignant, after a year of isolation and unimaginable loss, and is woven into powerful tracks like “The Reason,” a song with signature soaring Zadye Wølf chorus’ that is about what drives us to get back up when we are knocked down, to “Holy Water,” which was featured on Spotify’s All New Rock and New Noise that Variance Magazine said is “exploding with an Imagine Dragons meets X Ambassadors level of grit and high-octane energy, as it’s evident within seconds of the song’s start that it’s a massive, stadium-ready offering.” Songs like “Look at Me Now,” give a nod to Burnett’s upbringing in a small Illinois town, growing up with very little, compared to where he is now, traveling the world, making a living making art, and has achieved a level of success beyond his wildest dreams. Despite the success, Burnett always keeps a humble mind and heart which is expressed in the song “Still Fighting For it,” which is a reminder that life is about the ongoing journey, and despite the level of success you may achieve you never stop giving it your all and should continue to move forward with a deep level of gratitude.
The streaming success and millions of fans and followers from around the world is just the tip of the iceberg for Burnett. His music can be heard in hundreds of films, TV shows, trailers, commercials, and video games that have featured his music. The list includes Shameless, Skyscraper movie, Love-Simon movie, the Jack Reacher 2, The Maze Runner 3, Pride Prejudice & Zombies, spots for UFC, MLB, NFL, Dodge, Jeep, WWE, Xbox, NBA, and more. In addition to syncs, Wølf has creatively expanded his reach by cultivating partnerships with brands such as Dude Perfect, one of the top YouTube sports channels with over 54 Million subscribers and 12 Billion views. Other creative partnerships include collaborations with  America’s Got Talent and YouTube star Sofie Dossi, Emmy Award winner and Dancing With the Stars’ superstar Derek Hough,  Fortnite champion DrLupo, being flown to China to perform at a video game convention for the wildly popular mobile game “Honor of Kings” that has over 100M daily users, and working with extreme downhill racers Rémy Métailler and Matt Walker. Last year Burnett partnered with the NHL and  NBC sports for the Stanley Cup Finals where they used the Zayde Wølf track  “Home” in a spot featuring Burnett performing the song  HERE. With new music and creative projects planned for the rest of 2021, only the sky is the limit for Zayde Wølf and where he will be taking fans and listeners this remainder of the year.
KEEP UP WITH ZAYDE WØLF:
PR Materials: http://smarturl.it/ZaydeWolfPR
http://www.zaydewolf.com
https://www.facebook.com/zaydewolf
https://twitter.com/zaydewolf
https://www.instagram.com/zaydewolf
https://www.youtube.com/zaydewolf
https://soundcloud.com/zayde-wolf