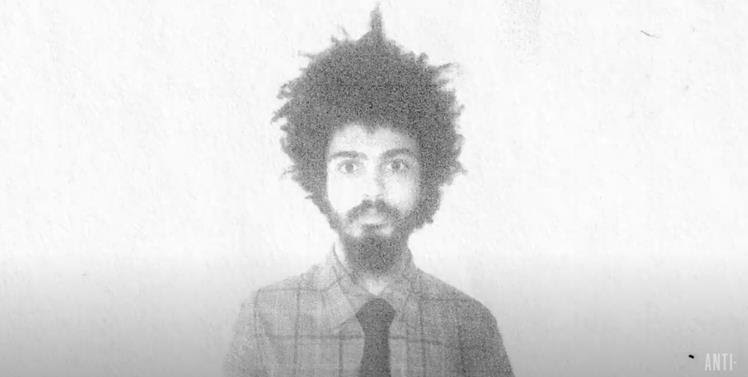 “written from the soul in an inscrutable and endearing sonic language.” – The Fader

Montreal-based singer-songwriter and producer Yves Jarvis has shared the soft yet swirling new song “Projection” today. He filmed the song’s new video on an iPhone, printed out each frame and then carefully scanned each shot to create a flipbook effect. Listen and watch the video HERE.

Including lyrics in both English and French, the song is a “rickety rejection of dogma, tumbling tenaciously toward the tip,” Jarvis said.

At the end of 2020 Jarvis released his third album, Sundry Rock Song Stock. The album fuses genre elements into a symbiotic relationship where wistful folk, tender R&B, pastoral prog, and musique concrète experiments feed into one another to grow lush new forms. Though he maintains an air of mystery with his lyrics, Jarvis’s whisper-soft words can be interpreted as both deeply personal and politically motivated in ways we haven’t heard from him before.

As a pre-teen street corner busker, some of Jarvis’s earliest performances took place outside. He returned to an open-air environment for Sundry Rock Song Stock’s creation, setting up a makeshift studio to lay down its foundation of guitar, Nord synth, and Rhodes electric piano. Recording on a reel-to-reel tape machine, he experimented with various off-kilter techniques including a softly tapped steel drum drenched in effects, or melodies played on a wine glass meant to mimic a flute.

“I want my recordings to be naturalist, so from that sense, I am ideally making them outside,” says Jarvis. “More than a musician or a singer, I’m a producer, and any studio I’m in will become my bedroom. Creation is my life and I don’t compartmentalize it at all.”

Sundry Rock Song Stock was a critically acclaimed release and included on many editorial end of year lists, including The Fader’s 50 Best Albums of 2020, Gorilla Vs Bear’s Best Albums, Pitchfork’s 35 Best Rock Albums and the track “For Props” was featured on Paste’s Top 50 Songs of the Year. “Sundry Rock Song Stock is a strange yet satisfying sensory experience,” Paste explained. “Its bubbling, offbeat sounds tickle parts of your ear that you didn’t even know existed, and his tantalizing vocal tones also scratch a pressing itch.”