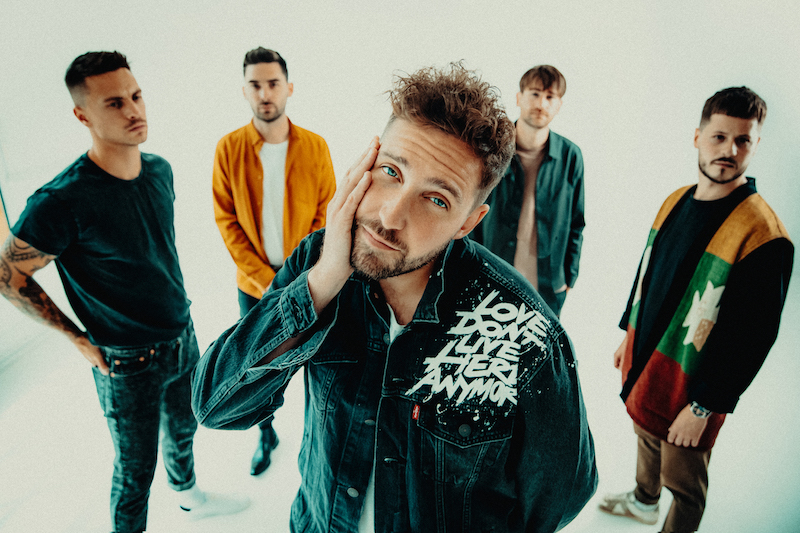 Ahead of their return to the Reading & Leeds Festival Main Stage, and biggest outdoor UK headline show to date at Gunnersbury Park on September 8th, You Me At Six have released brand new single ‘What’s It Like’. The first new material since their acclaimed UK Top Ten album ‘VI’, released on Underdog Records / AWAL.

‘What’s It Like’ expands on the genre kaleidoscope of ‘VI’, and sees icy electronic rock and hip-hop fuse for an earworm built to disrupt the status quo. Speaking of the new single, frontman Josh Franceschi explains:

“‘What’s It Like’ is us flexing our creative muscles. Combining our favourite genres and bringing them together in one track. For me lyrically, it’s looking at our society in parts in 2019. I definitely feel as though we are living in a time where we’ve lost our way a little bit. There are great innovators and pioneers which we can rely on, but there is also a feeling of the blind leading the blind and a lack of humility present. Within the title and the chorus I sort of poke fun at those who are libertines or self serving – ‘what’s it like being perfect all the time?’. Life’s not a competition, but people have a tendency to play it out that way.”

You Me At Six’s Gunnersville show will mark their biggest outdoor UK headline performance to date. Fans can expect a very special and one night only set comprised of 27 consecutive singles, charting the band’s rise from Take Off Your Colours to VI and now into bold new territory with ‘What’s It Like’.

With support from Jimmy Eat World, Deaf Havana, and Sundara Karma, amongst others, this show on Sunday 8th September is set to continue to assert You Me At Six as one of the most relevant rock bands the UK has to offer, over a decade on from their inception. Tickets are available here – https://youmeatsix.lnk.to/gviPR.

2018 brought a landmark year for You Me At Six, with 65,000 tickets sold in the UK in 2019 alone, including three nights at Brixton Academy met with phenomenal demand, selling out four months in advance in just twenty minutes.

UK Top 6 album, ‘VI’ saw the band “rip up the rule book, disco-dip their basslines and record a sixth album shot through with fun”, according to the Sunday Times Culture. Elsewhere Q Magazine applauded their “new pop-friendly sensibility” where Kerrang! dubbed ‘VI’ “the sound of a band who are wide awake once again” in their four K review. Further praise came from GQ, The Sun, DIY, Rock Sound, 1883, Upset, Wonderland, Dork, Rhythm, Metro, Classic Rock and many more.

With four UK Gold Records and five Top Ten albums in the UK, including Number One record ‘Cavalier Youth’, an unparalleled 15 consecutive A-List singles on BBC Radio One, multiple sold-out US headline tours, a Number One rock song in the UK & Australia and Top Five Rock Radio track in North America in ‘Room To Breathe’  – Gunnersville is set to be a big celebration and start of an exciting new chapter for You Me At Six. 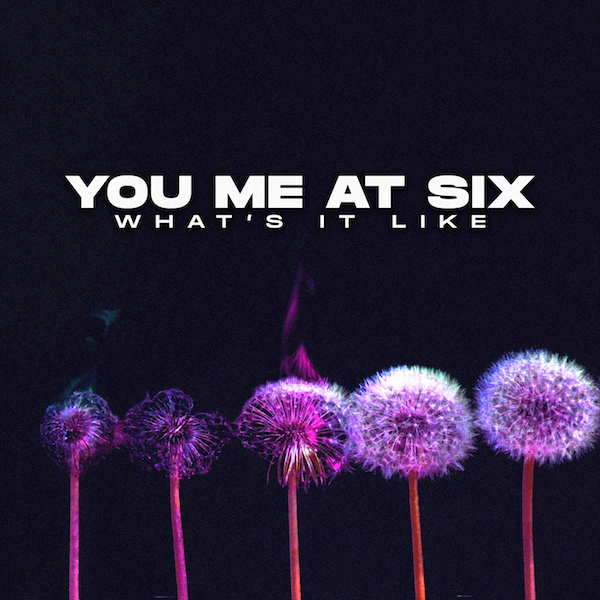 “You Me At Six have ripped up the rule book, disco-dipped their basslines and recorded a sixth album shot through with fun” – Sunday Times Culture

“A gleaming new pop-friendly sensibility. VI suggests that it’s paid off….
This feels like a bold reboot” – Q

“Super catchy and a big return to form” – Independent

“This is the sound of a band who are wide awake once again, not just finding their feet, but coming

“As balancing acts go, they’ve played a blinder – it’s a pleasure to see them testing the limits of their sonic template, and impressive that they’re continuing to do so on their sixth album” – NME ★★★★

“Now they’re on top…they’re only going to carry on getting bigger. VI…ctory” – Daily Star  ★★★★

“Their most compelling, surprising and Sixiest album yet” – The Sun ★★★★

“From deep grooves to giant riffs, variety truly is the spice of life” – Upset ★★★★