Yiannis Papadopoulos is an award winning guitarist, composer, solo artist, as well as the energetic lead guitarist of Scott Stapp (Creed) who engages his audience with unforgettable performances. Yiannis is currently on tour with Scott Stapp (dates below).

No matter where in the world he takes the stage, no audience can ignore Yiannis Papadopoulos or his innate wizardry on guitar. As the lead guitarist for Creed lyricist and frontman, Scott Stapp, the award-winning Papadopoulos is providing the pulsating power and spirit behind the artist declared one of the greatest rock vocalists of all time. Stapp is now embarked on a worldwide tour for his chart-topping, critically acclaimed third solo album, “The Space Between The Shadows.” Their collaboration goes deeper than the set list they craft for the stage and Yiannis Papadopoulos is a believer in loyalty, hard work, practice, and holding onto big dreams.

Yiannis Papadopoulos grew up in Athens, Greece. For the determined young boy with talent in his blood, he dreamed that music would carry him across the world to live a dream of his own. He never had to look far for inspiration on guitar. His father and uncle were his favorite performers as a child and he remembers being taught the basics of chords, positioning, and technique on the instrument as early as age 4.

A few years later, by the time he was eight, Yiannis Papadopoulos had added several other artists to his list of favorites. Guns N’ Roses, Metallica, Iron Maiden, and Bon Jovi became prominent on the young Papadopoulos’ playlist and he recalls “having the chills” with every song as he envisioned his future of playing “big guitar riffs and beautiful, meaningful melodies and solos.” Nothing comes without heart for the artist, and his heart fills every touch of his fretboard.

Throughout his youth, Yiannis continued honing his skills and absorbing the lessons from all the guitar masters he admired, along with playing at every opportunity. He holds a degree with honors in guitar, harmony, and counterpoint, yet as he entered into early adulthood, his parents pushed him to pursue a more stable field of study at the University. The dutiful son earned two bachelor’s degrees, one in accounting and finance and the other in financial economics. No matter how much his efforts pleased his family, his rock ‘n roll dream still consumed his heart as his life’s calling.

Papadopoulos looked up to Slash, Steve Vai, John McLaughlin, and Bireli Legrene. Soon, his diverse range and interpretive abilities made him a sought-after session musician. He has won numerous international guitar contests, including the Ibanez Guitar Solo Competition in 2013 and the Andy James Dream Rig competition. He was also a top-five finalist of “Guitar Idol.” In 2018, Yiannis Papadopoulos was honored to join the Orchestra Kamerata (Armonia Atenea) as lead guitarist in the performance of “Concerto for Group and Orchestra” by Jon Lord (Deep Purple).

His passion for the instrument and his restless spirit led to the publication of his books, “The Electric Guitar Technique Workout” (2014) and “Fretboard Concepts” (2019), putting on paper 17 years of guitar teaching, knowledge and experience. Yiannis is also an artist of the infamous JTC Guitar (Jamtrackcentral) and he has two instructional packages out titled “The 20 Most Prominent Metal Licks” (2015) and “Nightflower” (2017). He has also collaborated with the prestigious Lick Library for a series of video lessons.

Greece is a cradle of civilized thought and culture, but not often regarded as a mecca for rock music. A cyber-world connection brought a dream of a lifetime collaboration for Yiannis Papadopoulos. Modern technology has moved the music world in dramatic ways, and when a few e-mail messages between Scott Stapp and the musician led to a Skype audition, the fates aligned to change the future for both artists. Scott Stapp has partnered with legendary guitarists from Robbie Krieger of the Doors to Carlos Santana, so he understands artistry and the indefinable relationship between vocalist, lyricist, and musician. Papadopoulos surely exhibited the best of his artistic prowess and buoyant spirit, because after performing the four songs he was asked to learn, he became the lead guitarist in 2015, and his positivity infuses Stapp and every band member through every performance.

The tour for “The Space Between the Shadows” has been the most extensive and ambitious of Stapp’s solo career, and Yiannis Papadopoulos has taken leadership roles and shown his servant’s heart beyond steering the band onstage. Since 2014, Scott and Jaclyn Stapp have been active ambassadors for the charitable organization ChildFund International. Yiannis accompanied the couple on a mission trip to Ecuador and conveyed the fullness of his own father’s heart as he visited families in homes and schools. On the current tour, he shares his own heartfelt experiences of children’s lives being touched and transformed by the combined caring of donors.

Composing is a continual process for this master guitarist, who is a clinician representative for Paul Reed Smith guitars. He has numerous other endorsements, including D’Addario strings, Taylor Guitars, Mesa Boogie amps, Seymour Duncan pickups, Fractal Audio Systems, Dunlop guitar picks, Gruv Gear and 64 Audio in ear monitors amongst others. He already has amassed numerous tracks for a solo album along with future collaborations with Scott Stapp. The current US tour will finish its coast-to-coast run in October and launch a stint through South America and Mexico in November. Yiannis’ warm and playful interactions with the audience and his bandmates prompts frequent chants of his name as he steps atop a monitor during the show.

Sacrifice comes along with the big stage dream, and Yiannis savors every second with his young daughter and family when the road at last leads home. Career responsibilities mean that Papadopoulos also makes his home in Music City, USA, (or Nashville, TN) for much of his time, and the industry epicenter has become a hotbed for every genre and composer in music.
Listening to a sampling of his music carries the listener to everything from the speed-metal sound to Sonata-like lullabies for his little one’s sweet dreams. Being open to every form of music has enabled Yiannis Papadopoulos to create a catalog that many aspiring guitarists could envy. He stresses that while it may feel like “something magical” in the moments onstage, nothing is achieved without “utter dedication to the craft.”

Yiannis Papadopoulos is living his dream and finding even deeper purpose and fulfillment beyond the stage. This master artist will never lose that sense of dedication, or the spirit that vibrates from his heart through every chord. His rock ‘n roll dreams keep getting better, with many more to come.

Yiannis’s talent is showcased at the following links:

Free improvisation with the Orchestra:
https://youtu.be/JO2SwNJKiOo 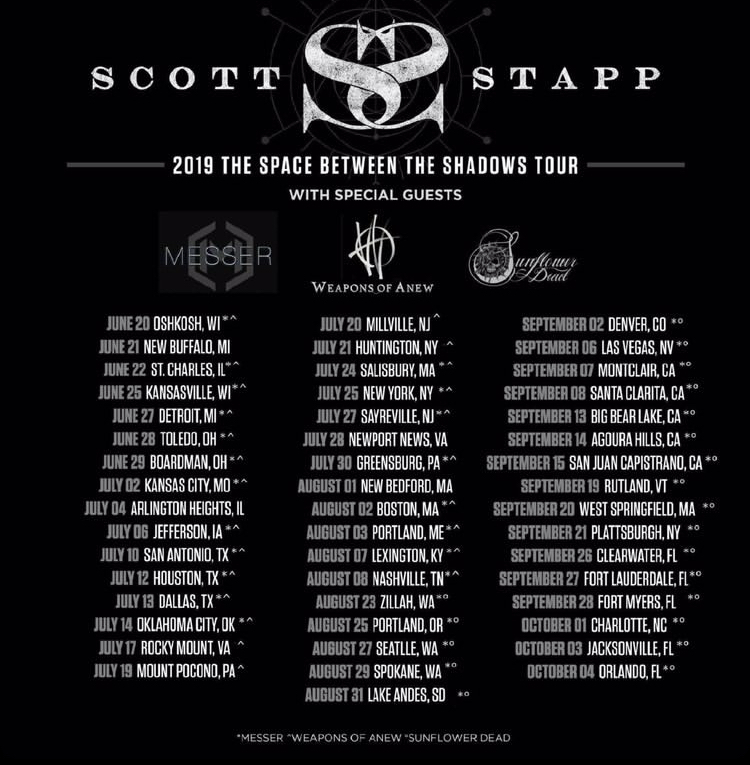 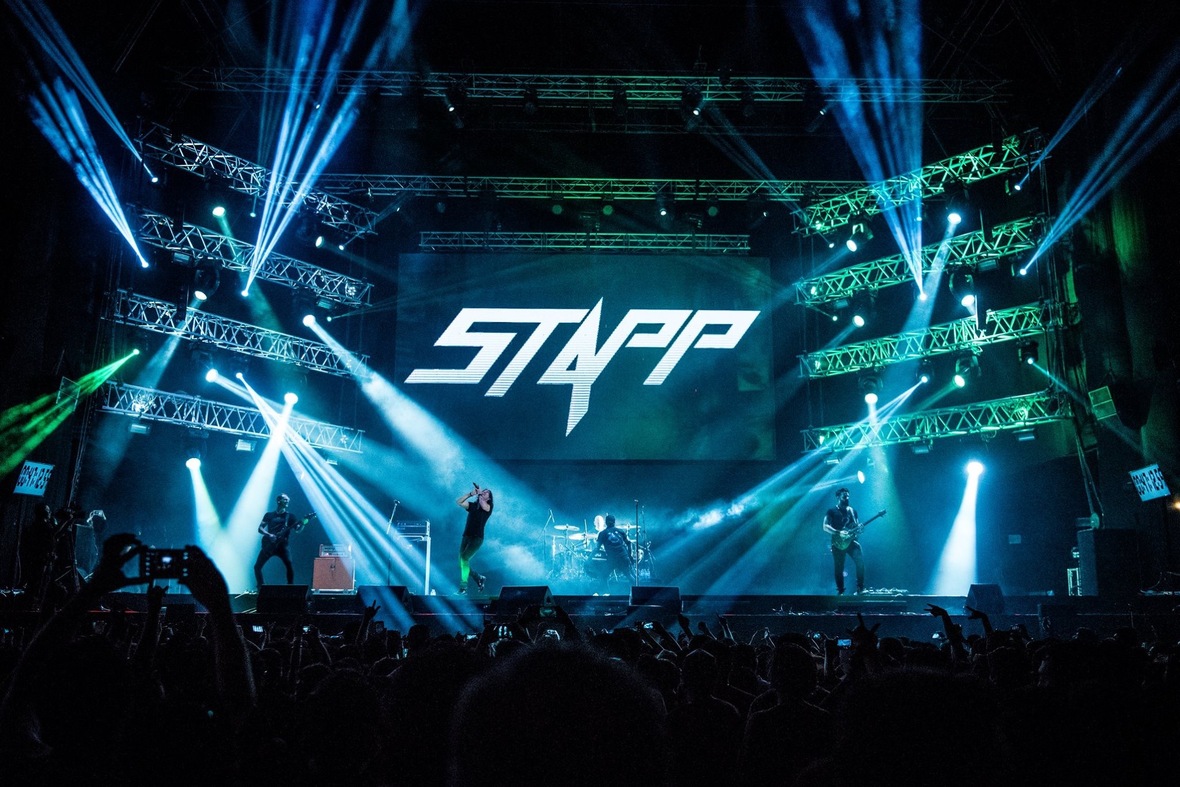