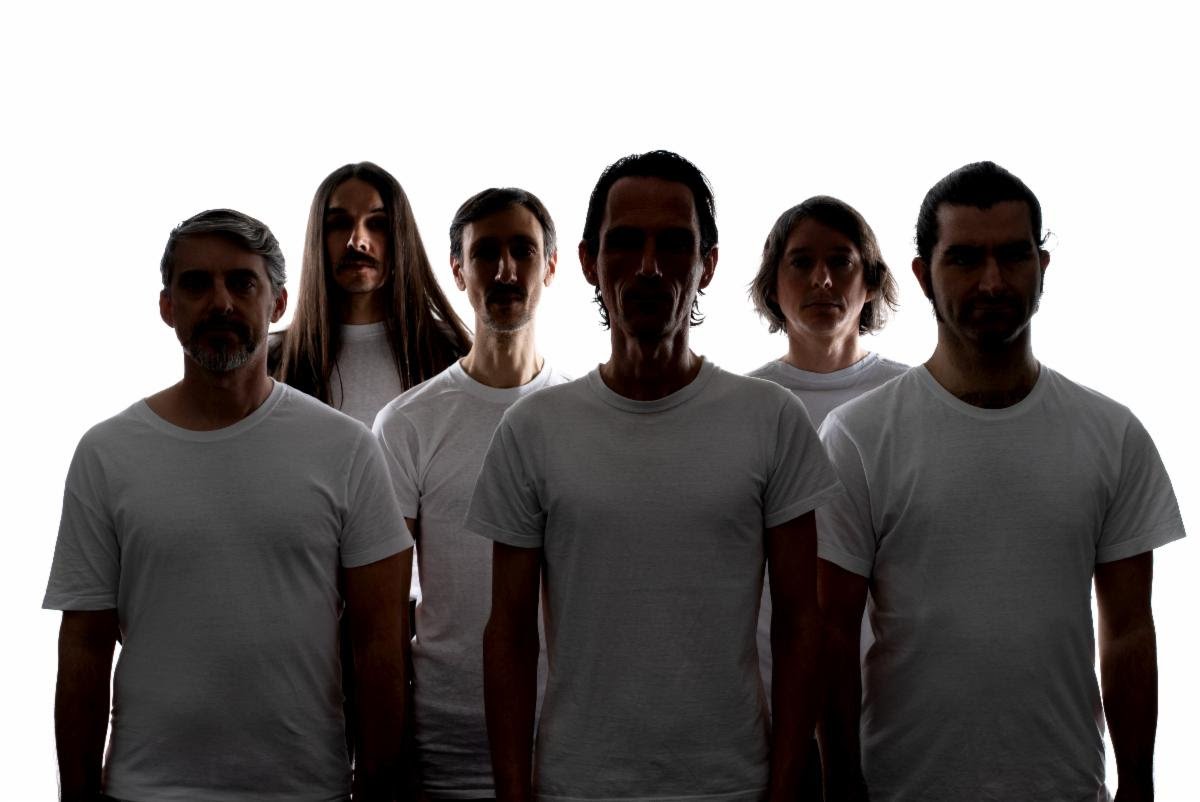 YEAR OF NO LIGHT SHARE VIDEO FOR ‘RÉALGAR’
NEW ALBUM ‘CONSOLAMENTUM’ RELEASED 2ND JULY (PELAGIC RECORDS)
YEAR OF NO LIGHT have shared the harrowing new video for ‘Réalgar’, written and directed by Corentin Schieb, Mathias Averty & Célia Le Goaziou. The track, described by the band as, ‘a mineral dive in the interzone, a journey between several realities and a confrontation with our inner demons’, is taken from their new album “Consolamentum” set for release via Pelagic Records on 2nd July. Watch the video now:
Pelagic Records are releasing not only their new album “Consolamentum” but also a wooden box set, to celebrate the band’s 20th anniversary, containing their entire discography of 5 studio albums, several split EPs, and the collaboration with Belgian composer Dirk Serries from the ‘Live At Roadburn’ recordings, on 12 vinyl records.
YEAR OF NO LIGHT’s lengthy, sprawling compositions of towering walls of guitars and sombre synths irradiate a sense of dire solemnity and spiritual gravity, and couldn’t be a more fitting soundtrack for such grim medieval scenarios. But there is also the element of absolution, regeneration, elevation, transcendence in the face of death. Consolamentum is dense, rich and lush and yet somehow feels starved and deprived.
It comes as no surprise that ever since the beginning of their career, the band have had an obsession for the fall of man and salvation through darkness. The term “consolamentum” describes the sacrament, the initiation ritual of the Catharic Church, which thrived in Southern Europe in the 12th – 14th century – a ritual that brought eternal austereness and immersion in the Holy Spirit.
“There’s a thread running through all of our albums”, says the band, collectively “an exploration of the sensitive world that obeys a certain telos, first fantasized (“Nord”) and reverberated (“Ausserwelt”), then declaimed as a warning (“Tocsin”). The deeper we dig, the more the motifs we have to unveil appear to us. Yes, it’s a bit gnostic. This album is invoked after the Tocsin, it’s the epiphany of the Fall”.
With debut album Nord (2006) and sophomore release Ausserwelt (2010), the band made themselves a name in the European avant-metal scene. Extensive tours of Europe, North America and Russia in 2013 and 2014, including two appearances at Roadburn festival, Hellfest and a spectacular performance in a 17th Century fortress in the Carpathian mountains introduced them to a broader and quickly growing international audience.
The cinematic scope of their music implies that Year Of No Light are a group of artists that pay a great deal of attention to their visual representation, from the classy album artworks and merch designs to the carefully designed lighting design of their live show. Behind this stands a real, personal interest of the band members in historic cinema. This has led the French 6 piece to create a stunning obituary-soundtrack for C. T. Dreyer’s 1932 movie “Vampyr” in 2013, and an original score for Jean Rouch’s 1955 short film “Les Maîtres Fous” which the band performed at Musée du Quai Branly in Paris. The track “Désolation” off Tocsin appeared on the soundtrack of the movie “Jessica forever”. Besides these ventures into film music, the band at times took on the structure of an open collective and collaborated with contemporary French artists such as Christian Vialard for a video installation reinterpreting Yves Klein’s Monotone Symphony.
With their seminal 3rd album Tocsin, released in 2013, Year Of No Light reached the peak of their career thus far – a logical decision that Consolamentum was made with the same team again: recorded and mixed by Cyrille Gachet at Cryogene in Begles / Bordeaux, mastered by Alan Douches at West West Side. “We wanted this album to sound as organic and analog as possible”, comments the band. “All tracks were recorded live. The goal was to have the most natural, warm and clean takes possible, to give volume to the dynamics of the songs. We aimed to have a production with a singular personality.”
For the adept listener, Consolamentum seems to be venturing deeper into the dark and claustrophobic spheres explored on Tocsin – but the band doesn’t conceive of the evolution of their music in a linear way, as it would be apparent from looking at their discography. “It’s more a matter of sonic devotion. Music against modern times. Year Of No Light” is above all a praxis. We wanted intensity, trance, climax and threat, all of them embedded in a bipolar and mournful ethos”.
Pre-order ‘Consolamentum’ now – https://smarturl.it/yearofnolightDGTL
Year of No Light are also set to perform at Damnation Festival in Leeds on 6th November.
LINEUP
Bertrand Sebenne • Shiran Kaidine • Mathieu Megemont • Pierre Anouilh • Johan Sebenne Jerome Alban
https://www.facebook.com/yearofnolight
http://yearofnolight.com
https://pelagic-records.com