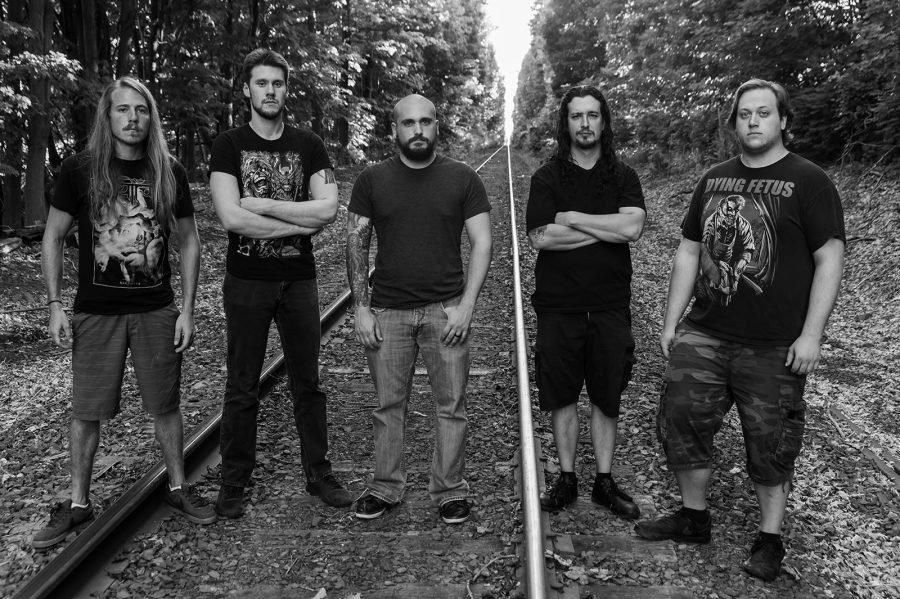 Active since 2009, the Wallingford, Connecticut band has always sought to up their game in the studio and live and expand their sound with every new release. Although still an independent band, Xenosis has made waves in the progressive/technical death metal scene beginning with their 2nd album, Sowing The Seeds Of Destruction. Which was released in 2015, and continuing into the present, most recently with the release of their highly praised 3rd album, Devour and Birth.

Fast-forward to 2021, and the band’s upcoming album, Paralleled Existence, runs parallel to the bands biggest line-up shift in years, with the band adding a more groove/progressive music influenced second guitarist Keith Benway as well as new bassist, backing vocalist Craig Breitsprecher of Fires in the Distance (Prosthetic Records) fame who also previously played with Xenosis guitarist Kenny Bullard in the tech-death group Formless. New blood in the ranks has paid off, and Paralleled Existence sees the group moving away from being purely a tech-death act, as they lean into their increased groove and progressive focuses to craft a new updated sound this time around.

The result of the group’s latest sonic evolution still feels like Xenosis, a group known for their keen ability to mix old and new, primitive and complex, groove-heavy and blazing fast, into a swirling maelstrom of their own invention. Xenosis – Paralleled Existence is the work of a band redefining themselves once more to admirable effect.

Xenosis comment:
“We feel that Paralleled Existence is our best effort yet and our most well rounded. We achieved a unique blend of brutality, technicality, groove, and progressive elements on this release in a new way that is new for us. The addition of new members for sure played a big role in how this album sounds different than the last one.”